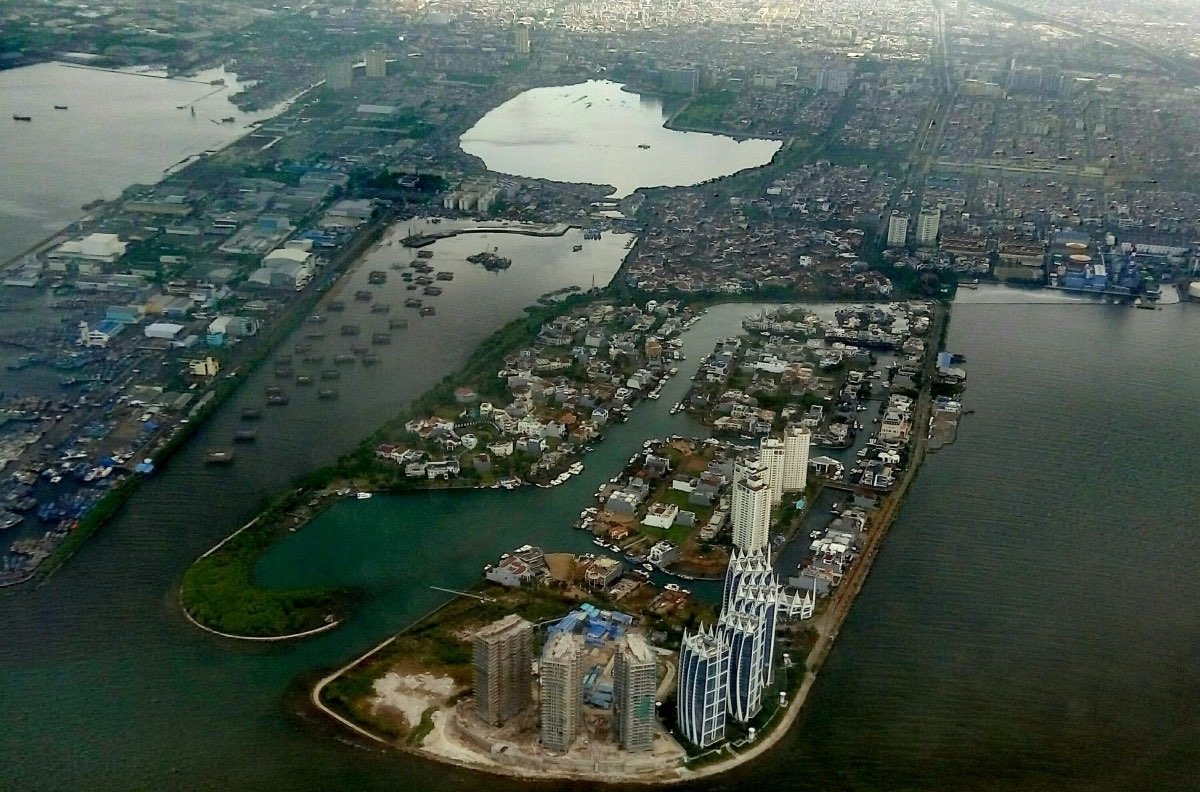 Jakarta is among the several cities at risk of disappearing due to the sea-level rise and flooding. While the capital of Indonesia is no exception to the inevitability of climate change, the excessive use of groundwater by its inhabitants seems to be part of the problem. Home to 10 million people, Jakarta is one of the fast-sinking cities in the world.

Over the past years, researchers have been talking about how fast Jakarta is sinking, giving special attention to the problems of land subsidence affecting the city. If nothing is done, researchers say the city could be entirely underneath the water by 2050.

A 2021 study from the IPB University in West Java found the main cause for the sinkage of land surface was the overuse of groundwater by home drilling as a consequence of massive developments. Adding to the common flooding in the city, surrounded by sea and 13 rivers, the reliance of residents on freshwater from underground is literally draining the city and making it sunk.

Jakartans use excessive groundwater as drinking water, for bathing and other everyday purposes. When the groundwater is being pumped down, the land above it sinks leading to land subsistence.

“The potential for Jakarta to be submerged isn’t a laughing matter,” said Heri Andreas, who has studied Jakarta’s land subsidence for the past 20 years at the Bandung Institute of Technology. “If we look at our models, by 2050 about 95% of North Jakarta will be submerged,” Andreas adds.

An area that is becoming abandoned is the district of Muara Baru, where an entire office building lies in decay. In the past, it housed a fishing company but the first-floor veranda is now the only functional part left. The submerged ground floor is full of stagnant floodwater and the land around it is so high that the water has nowhere to go.

But the impact on the small homes right by the sea is even greater. Residents who once had a sea view , see themselves before a dull grey dyke, built and rebuilt in a valiant attempt to keep seawater out.

Every year the tide gets about 5cm higher.

Mahardi, a fisherman from the area.

North Jakarta in particular, has been badly affected by the flooding and the rising of the sea level. In 10 years, the area has sunk 2.5m and is continuing to sink by as much as 25cm a year in some parts — more than double the global average for coastal megacities.

The rest of Jakarta is also sinking, albeit at a slower rate. In West Jakarta, the ground is sinking by as much as 15cm annually, by 10cm annually in the east, 2cm in Central Jakarta and just 1cm in South Jakarta. Jakarta is sinking by an average of 1-15cm a year and almost half the city now sits below sea level.

In a recent speech highlighting the priorities for 2022, United Nations’ Secretary-General António Guterres recalled that the year 2020 saw climate shocks forcing 30 million people to flee their homes — three times more than those displaced by war and violence.

“Small island nations, least developed countries and poor and vulnerable people around the world are just one shock away from the apocalypse,” said Guterres.