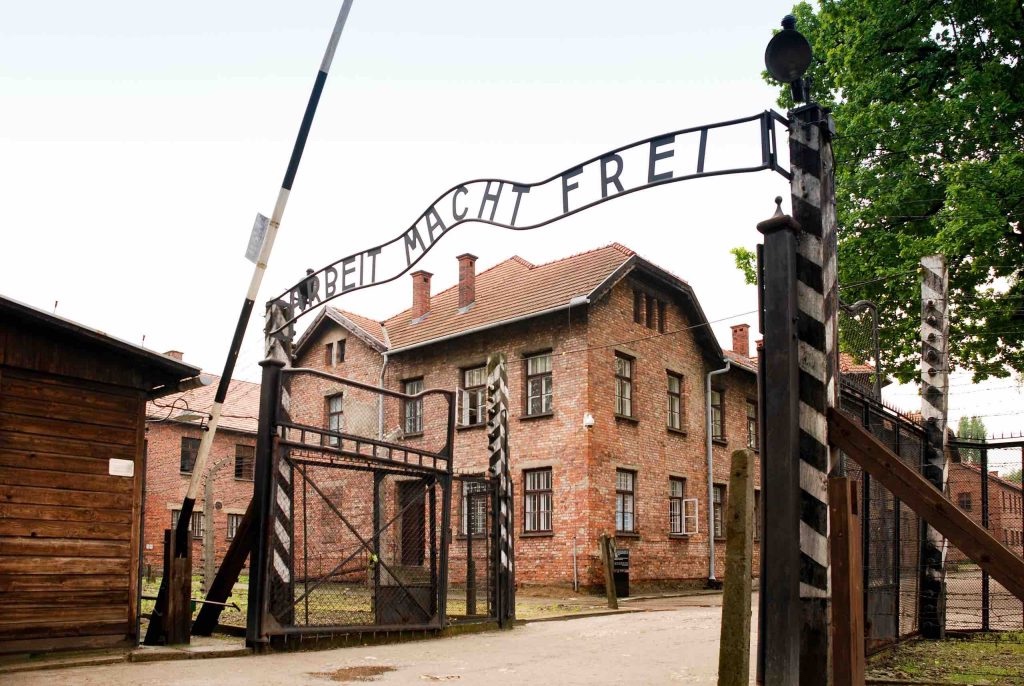 A 29-year-old Dutch tourist has been arrested and fined for making the Nazi salute at the gates of the Auschwitz Nazi extermination camp in Poland. The press office of the Auschwitz Memorial Museum said in a statement on Monday that the incident took place on Sunday January 23rd, when the tourist asked her husband to take a photo of her at the camp gate while she was giving the Nazi salute.

The police arrested the couple and took them to the police station in the town of Oswiecim, where the district prosecutor fined the woman and questioned her companion. The tourist told the court that her gesture was “a stupid joke”, which she said she regretted, and agreed to pay the fine imposed on her.

In Poland, publicly extolling any totalitarian ideology or displaying symbols and gestures related to them can carry up to two years in prison.

In 2013, two Turkish tourists were caught at the so-called “death gate” of Auschwitz in a similar situation to the Dutch couple and on that occasion, a court sentenced them to six months in prison, in addition to a fine.

Also, in 2019 the camp museum management asked visitors not to take photos of themselves in a frivolous attitude walking on the rails of the track leading to Auschwitz and reminded in a message on social networks that “there are better places to learn how to balance than the site that symbolizes the deportation of hundreds of thousands of people to their death.”

The Auschwitz Memorial Museum has also asked visitors not to take photos of themselves walking on the railway tracks leading to the camp. “There are better places to learn how to balance than the site that symbolizes the deportation of hundreds of thousands of people to their death,” they wrote on Twitter

In December of 2021, the management of the Auschwitz Memorial condemned in other messages the parallels between “the tragedy of the people who were victims of pseudo-medical experiments” at the Nazi death camp and “the debate about vaccines, pandemic and those who fight to save human lives.”