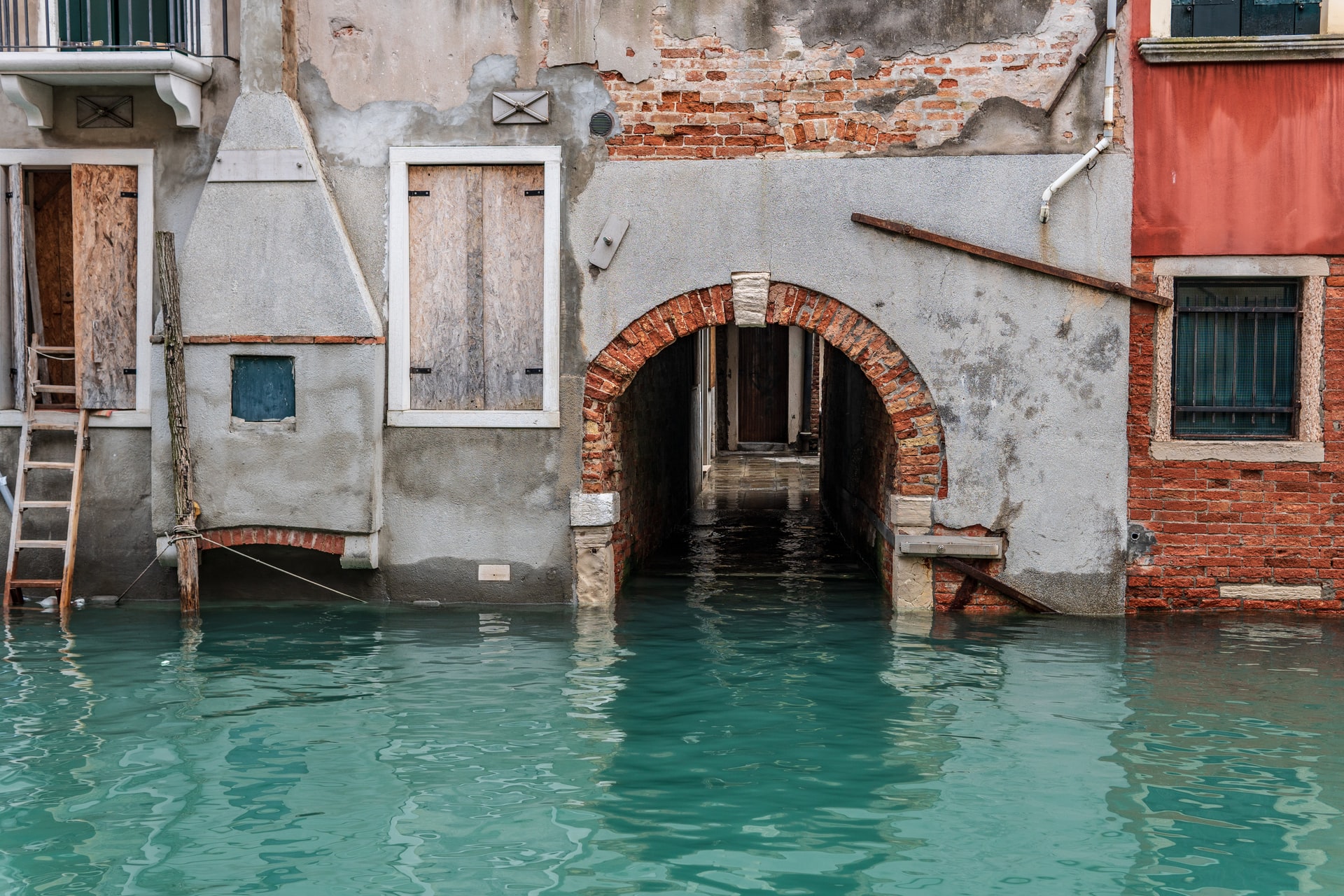 With rising global temperatures, low-lying coastal cities are experiencing more and more devastating events. Most cities are sinking due to a combination of increasing sea levels and human activities like groundwater pumping or oil extraction. Here are 6 sinking cities around the world that have high chances of disappearing soon.

The low elevation of the city makes it particularly at risk of coastal flooding. Additionally, the loose salt-marsh sediment that Charleston resides on combined with rising sea level and storms are other important reasons behind flooding. According to a City Paper published some years ago, the city could become “a half-drowned ghost town” by 2050. The paper reported that under 12 feet of sea level rise, around 77% of Charleston could be underwater. For these reasons, the 2014 National Climate Assessment named Charleston as one of the U.S. cities most threatened by rising sea level.

Venice is sinking at a rate of around 0.08 inches every year. The Lagoon city faces floods and high tides regularly. But in the last few years, the city has experienced extreme high waters. In 2018, Venice was hit by the worst flooding since a decade due to a series of strong storms. In 2019, the city witnessed the highest water levels in 50 years, with 90% of Venice being flooded. The city is also facing other factors that add to the problem, including coastal erosion and groundwater pumping. To face this issue, Italy began building a flood barrier known as Mose. The project was designed in the 1980s, but the construction began only in 2003. Still today, the MOSE – which consists of 78 gates across three inlets – has not been completed. But recently, the government has finally made one step forward by banning large cruise ships from sailing through Venice: this will at least save the lagoon from further damage.

The lowest area of South Florida is extremely susceptible to rising sea level and Miami is probably one of the most vulnerable coastal cities in the world. South Florida’s sea level is expected to rise by 6 inches by 2030: a faster pace than in any other place around the world.  This represents a huge threat to the entire area as it is associated with floods, damages to the drainage system, and major damages to roads and buildings, meaning that the city may soon have to raise its structures to stay above water. The sinking process is also facilitated by the porous limestone rocks that Miami is built on. To overcome this major issue, the city is elevating roads and installing pumps in various areas.

In the 1800s, when New Orleans started its development, 100% of the city was above sea level. Things started to change already in 1895, when 5% of New Orleans was below sea level. By 1935, around 30% of the city was below sea level and now more than half of New Orleans sits below the ocean. The city is becoming deeper and deeper, with parts of it still sinking by about 2 inches a year. Increased flood risks come from human activities such as oil and gas extraction, and its location on a river delta increases its exposure to sea-level rise and flooding.

Also the Thai capital is sinking fast due to the soft clay it is built on, as well as heavy rainfall, rising water levels, and extensive groundwater extraction. The Guardian reports that Bangkok could be below sea level by 2030. Similarly, according to the Thai National Reform Council, the capital city could get inundated in less than 15 years, while scientists predict that Bangkok will be entirely submerged by the next century. In the meantime, flooding causes food insecurity and infrastructure damage, putting at risk the life of millions of people. Despite some attempts to improve the infrastructures, sinking has persisted. To help prevent detrimental ecological issues, in 2017 the city inaugurated  the “Chulalongkorn Centenary Park,” a green infrastructure that helps reduce urban flood risks, while simultaneously offering to citizens a place to reconnect with nature.

Even Alexandria, a 2000-year-old Egyptian city, is slowly disappearing below the sea. The city is surrounded by the Mediterranean sea on 3 sides and sits along the Nile delta, which makes it highly exposed to rising water levels. This is associated with a loss of arable land and aquaculture resources, damage of infrastructures, and saltwater intrusion. A study conducted in 2018 shows that due to natural and anthropogenic land deformation as well as overpopulation, the city is very likely to be subject to severe sea encroachment in the near future. Scientists have predicted that by 2100, about 1,000 square miles of land will be inundated by seawater, negatively affecting the lives of millions of people.