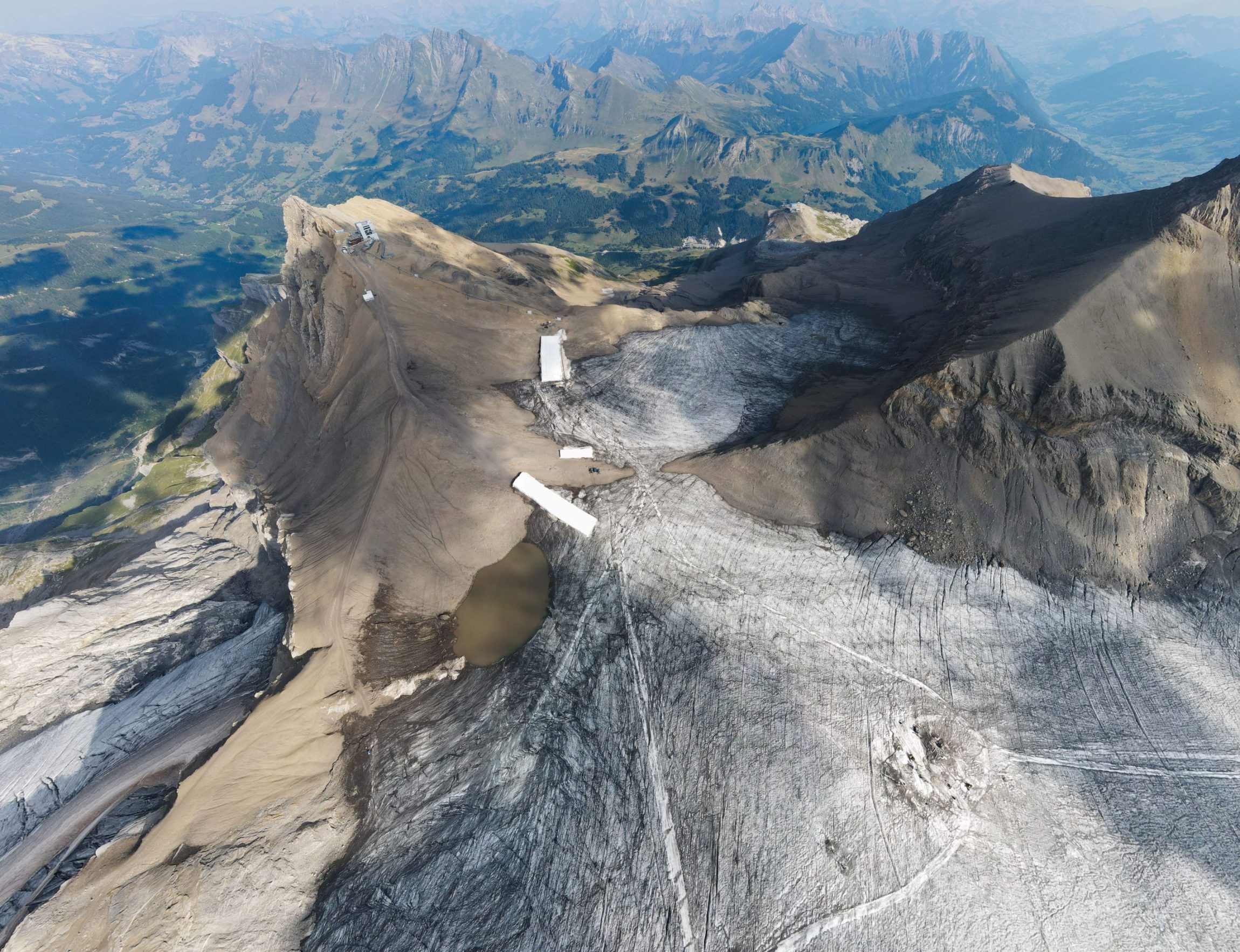 In Switzerland, between the Scex Rouge and Tsanfleuron mountains, the Col de Tsanfleuron pass has been covered by ice for over 2,000 years. Just in 2012 the ice was 15 metres thick, but by the end of September it will be completely gone, Zenger News reports.

Glacier 3000, a cable car and ski lift company that operates in the area, has revealed the state of the state of the pass, saying that the average thickness of the two glaciers bordering the pass has reduced 3 times more this summer than the average for the previous 10 years.

Glaciologist Mauro Fischer, who is regularly on the site, attributes the “disastrous summer for the glaciers” to the abnormally hot summer coming after a dry winter. The researcher at the University of Bern estimates that the pass, sitting at an altitude of 2,800 meters, will be fully visible by the end of September.

The cable car company also highlighted the impact this will have on winter sports. “Originally, skiers could ski from the Tsanfleuron glacier to the chairlift at the bottom of the Scex Rouge glacier, which took them up to the cable car station of the same name. Now that the pass separates the two glaciers, considerations are being made as to how the existing infrastructure can be adapted”, the statement quoted by Zenger says.

We are planning to renew the systems in this area over the next few years. One idea would be to move the route of the current chairlift to allow more direct access to the Tsanfleuron glacier.

In the same statement, Glacier 3000 estimates that a lake will form in the place of the Scex Rouge glacier over the next 10 to 15 years, with a depth of about 10 metres and a volume of 250,000 cubic metres, or about 250 million litres.

The company also pointed out that the winter sports taking place in the mountains do not affect the ice. On the contrary, the snow gets compacted by skiers and compacted snow melts slower, thus the glacier does not melt as much during summer. They also cover parts of the glacier with tarps in spring, which further protects it in the summer.

Moreover, the company only uses electricity from hydropower plants in Switzerland and is planning on increasing, on the one hand, the energy efficiency of the ski lifts and, on the other, the energy autonomy of the infrastructure by producing renewable energy on site.