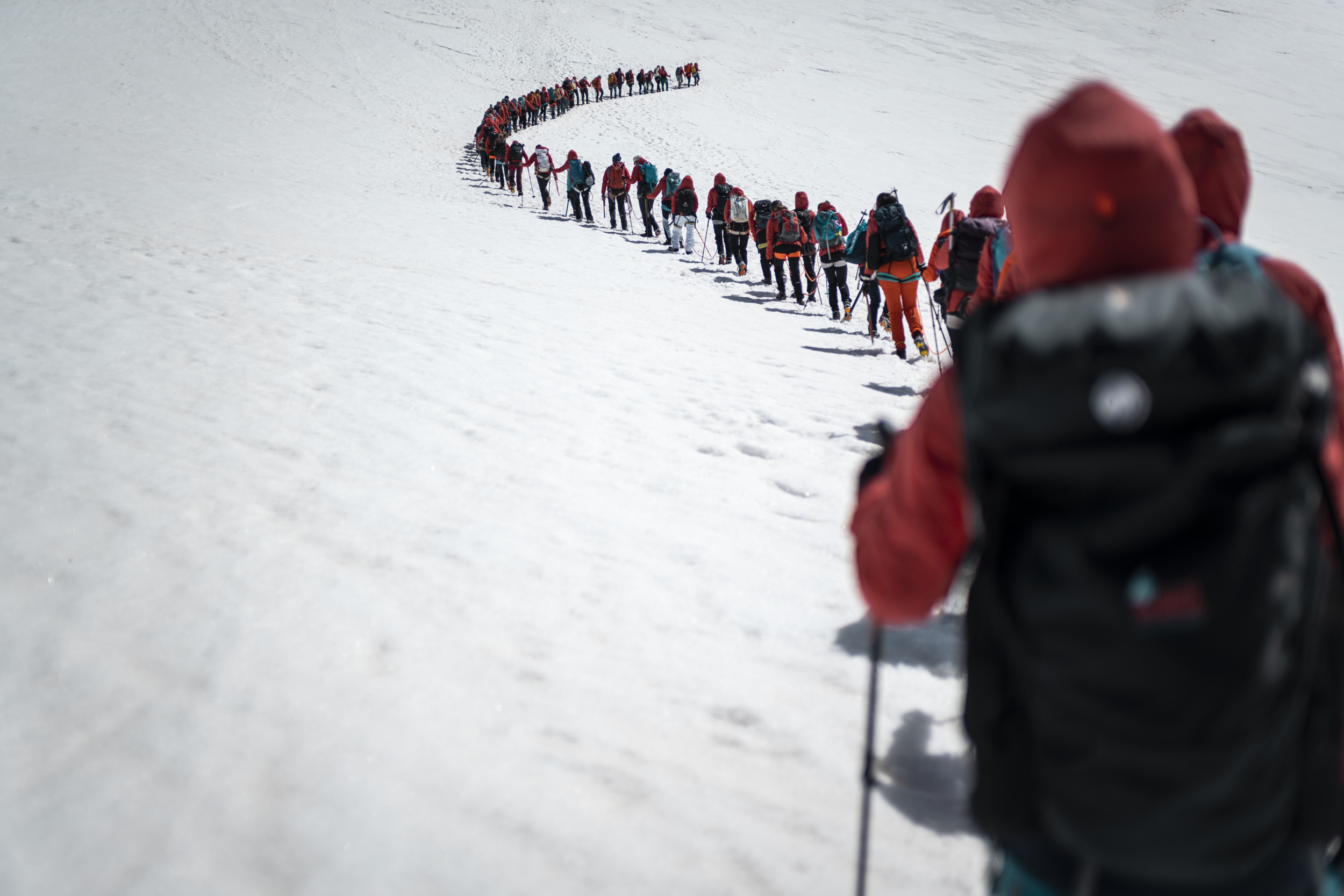 Last week, 80 women have added a female chapter to the history of mountain sports, which is still predominantly male. As part of Switzerland Tourism‘s “100% Women” initiative, which aims to offer greater visibility to women in mountain and outdoor sports, women from Europe, the United States, but also countries such as Iran, India, South Africa, Kazakhstan and Ecuador, have visited Switzerland. They set a world record on the Breithorn peek by forming the longest female cordon in the world.

80 women of all ages climbed the Breithorn peak, at an altitude of 4,164 m. Women from all over the world, in good physical condition, were able to apply online to participate in the record. A dozen of them were selected and the other places in the cordon were awarded to renowned personalities, content creators and journalists selected from Switzerland and abroad.

Switzerland was notably represented by the Belgium born historian Marie-France Hendrikx who was obviously delighted after her conquest of the peak. “Participating in this female adventure carried such a positive energy and a lot of enthusiasm. For nothing in the world would I have wanted to miss this unique event”, she declared after her ascent.

The history of mountaineering and mountain sports is now enriched by a chapter marked by women. Our hope is that this adventure will inspire many women today and tomorrow, in order to write a new page in the history of this more open and inclusive discipline.

Iranian mountaineer Mina Ghorbani also appreciated the very positive atmosphere within the women’s cordon. “Even if we women are stigmatized and have to fight against gender stereotypes and barriers, we still want make an equal contribution to society. This fight is even more important in my country, Iran, than in other countries. Initiatives like 100% Women allow us to continue the fight, in particular thanks to the links created with other female mountaineers in Switzerland and around the world. They show us that we are all pursuing the same objectives”, she said after the climb.

Due to better weather and safety conditions (less wind, better snow and ice quality), the ascent did not take place as planned, on Thursday, but on Friday 17June on the Breithorn instead of the originally planned Allalinhorn. With this occasion, the participants had more time to prepare by training on the Längfluh glacier, but also to discover Saas-Fee, which served as a base camp.

We want to show that women must be represented and visible in all areas, including mountain sports. This is an important step for diversity and equality to be truly taken into account within our society.

Through their presence in the traditional media and social networks, the participants themselves contribute to making the striking images of this record go around the world. Together, they reach an audience of 24 million subscribers to their social media channels. On site, they were accompanied by television crews from Canada, India, Brazil and the USA. Korean actress Lee Si-young is followed by more than 17 million fans on her TikTok account.