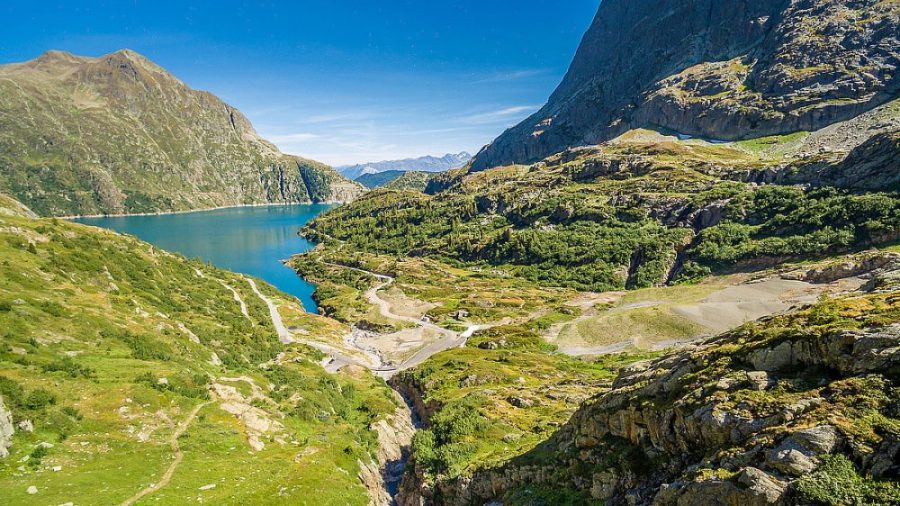 Europe is struggling with an energy crisis at the moment. As the content tries become independent form Russian oil, it turns on the one hand to alternative suppliers, like Azerbaijan, and, on the other hand, to increasing its renewable energy capabilities.

The newly opened Nant de Drance power plant in Valais, Switzerland has the potential to play a key role in the stabilisation of the Swiss and European electricity grids, while contributing towards the security of electricity supply in Switzerland. It works like a giant battery, with a capacity of 900 Megawatts (MW), which allows excess electricity to be stored in a short term or to produce the necessary energy when demand exceeds production.

The video has no sound, please turn on subtitles for the explanation

After 14 years of intensive testing, the Nant de Drance storage power plant was put into operation on 1 July 2022. Located 600m below ground in a cavern between the Emosson and Vieux Emosson reservoirs in the Finhaut municipality of Valais, the power plant features six pump turbines with a capacity of 150 MW each. A volume of 360 cubic metres of water passes through the turbines each second, the equivalent of the flow of the Rhône at Geneva in summer. The upper reservoir of Vieux Emosson holds 25 million m3 of water, corresponding to a storage capacity of 20 million kWh.

The highly flexible machines make it possible to switch from pumping at full power to producing electricity at full power in less than five minutes, i.e. from -900 MW to +900 MW. In sight of the growth of renewable energies in Europe, such as wind and photovoltaic, whose production is intermittent, the power plant’s battery-like characteristics and flexibility can help compensate for the fluctuations on the electric grid and maintain continual equilibrium between production and electricity consumption.

At the peak of construction, up to 650 builders worked on the site and 60 companies came together to realise this structure in the Alps, at a cost of around 2 billion euros.

Situated at the heart of the mountain, the powerhouse cavern measures 194 m long, 52 m high and 32 m wide, having required the excavation of 400,000 m3 of rock and the drilling of 17 km of tunnels.

The Vieux Emosson dam, located at 2,200 m altitude, was also raised by 21.5 m in order to double the capacity of the reservoir and thus provide adequate storage capacity for the facility.

3. Minimum impact on the environment

Compared to traditional hydropower plants, which require dams to be built on rivers, thus altering their course, Nant de Drance’s impact on the environment is minimal. By building a closed loop system, the plant does not need to flood the site’s vicinity and destroy the local biotope.

Furthermore, Nant de Drance worked closely with environmental organisations right from the earliest stages of the project in order to minimise its environmental impact. Fourteen projects at a total cost of 22 million euros have been, are or will soon be, completed to offset the environmental impact of the construction of the pumped storage power plant and the very high-voltage line connecting it to the power grid.