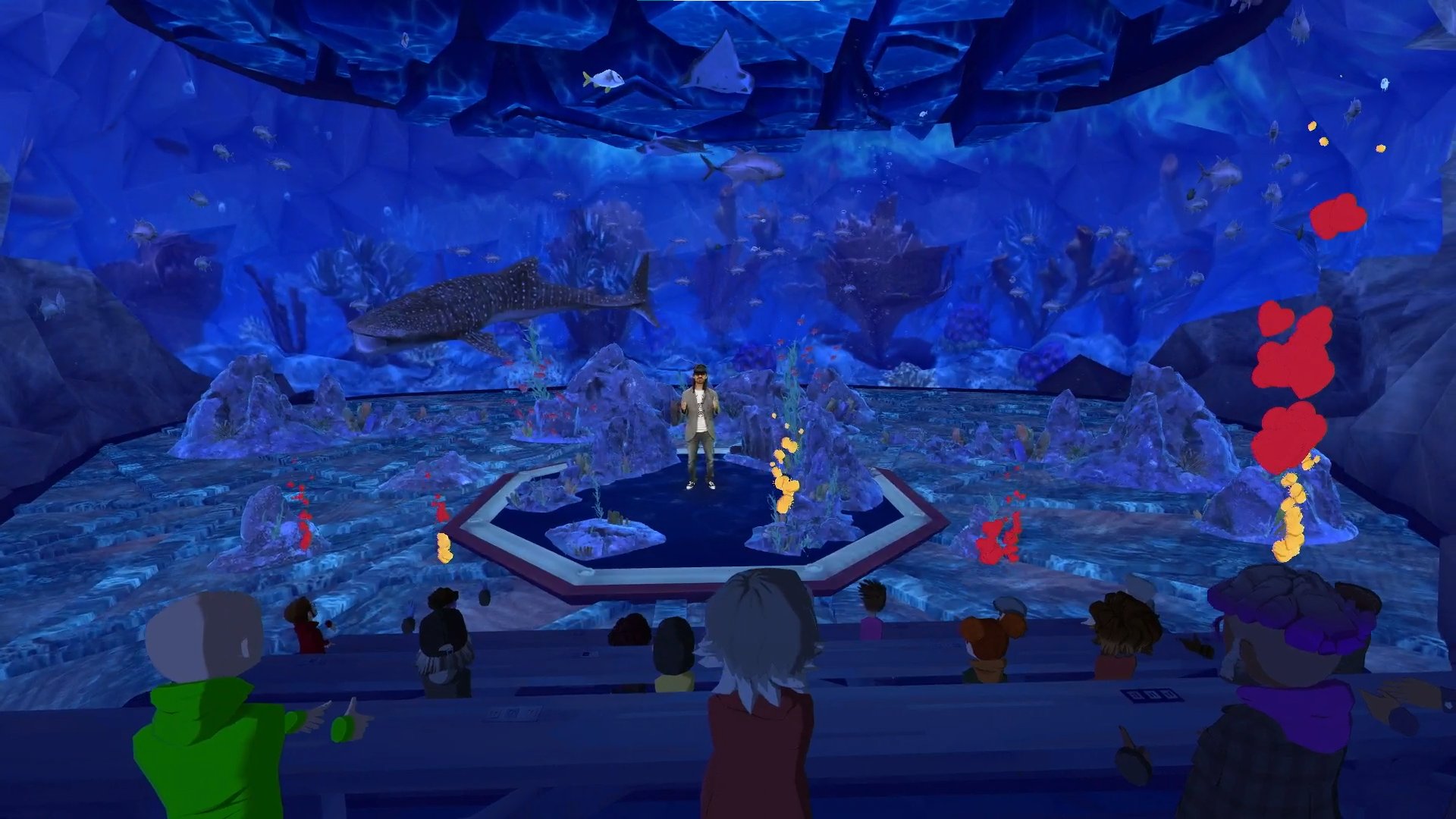 10 books to bring springtime rushing in

Zoom could become a thing of the past following Microsoft’s unveiling of Mesh, a new mixed-reality platform which allows people in different physical locations to join shared holographic experiences using their own various devices.

Microsoft Mesh is powered by Azure, the company’s cloud computing program and isa new mixed-reality platform which allows people in different physical locations to join shared holographic experiences using their own various devices. Users currently represent themselves as avatars but with time they will also be able to use ‘holoportation’. This uses 3D capture technology to beam a lifelike image of a person into a virtual scene, meaning users can project themselves as their photorealistic selves.

The new platform is the result of years of Microsoft research and development in several areas, from hand and eye tracking and HoloLens development to creating persistent holograms and artificial intelligence models that can create expressive avatars. Microsoft Technical Fellow Alex Kipman explained, “In these collaborative experiences, the content is not inside my device or inside my application. The holographic content is in the cloud, and I just need the special lenses that allow me to see it.”

2. Potential uses for the platform

Mesh can be used from everything from collaborative meetings with coworkers to virtual cultural events like concerts and theatre shows, to meet-ups with friends and family. Microsoft explained that by using Mesh, professional teams located in different places around the globe will be able to have more collaborative meetings. For example teams could conduct virtual design sessions as if they were in person, or assist others in real-time. They could also host social meet-ups for fun using the mixed-reality platform. It could also be used by schools for virtual learning events, or by designers or engineers who work with 3D physical models, such as bicycles, furniture, engines or building. They could also use the platform to appear as themselves in a shared virtual space to collaborate on holographic models, regardless of their physical location.

Although users will have the richest experiences in mixed or virtual reality, Microsoft Mesh’s open standards will give developers the freedom to build solutions for many different devices: including HoloLens 2, a range of virtual reality headsets, smartphones, tablets and PCs. Microsoft also announced two apps built on the Microsoft Mesh platform. The first being a preview of the Microsoft Mesh app for HoloLens, allowing team members to remotely collaborate, which is available for download. The second being a new version of Mesh-enabled AltspaceVR which customers can request access to and allows companies to hold meetings and work gatherings in virtual reality with enterprise-grade security features, including secure sign-ins, session management and privacy compliance. Over time Microsoft also expects customers will be able to choose from a growing set of Microsoft Mesh-enabled applications built by external developers and partners, as well as benefit from integration with Microsoft products like Microsoft Teams and Dynamics 365.

4. An example of the future

At Ignite digital conference held by Microsoft on Tuesday, Cirque du Soleil co-founder Guy Laliberté appeared via holoportation in the company’s first keynote experience designed entirely for mixed reality. People attending the conference from living rooms and offices around the world could experience the show as avatars watching events unfold in a shared holographic world. Kipman also appeared on the Ignite virtual stage as a fully realised holoportation of himself, narrating the show’s opening experience in real time as rays of light that simulated his physical body.

At Ignite, OceanX, a nonprofit that merges cutting edge science with compelling storytelling and product and technology experiences to support ocean education and awareness, announced a new collaboration with Microsoft to create a Mesh-enabled “holographic laboratory” on the ship. This would enable scientists to gather either in person or virtually, from labs and offices around the world in order to see 3D holograms of the areas the vehicles are exploring.

“This has been the dream for mixed reality, the idea from the very beginning,” Kipman said in a statement. “You can actually feel like you’re in the same place with someone sharing content or you can teleport from different mixed reality devices and be present with people even when you’re not physically together.”