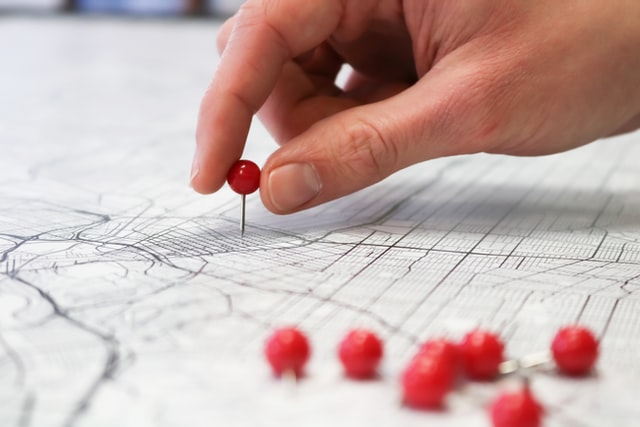 Safety has always been a factor to take into consideration when choosing a holiday destination and even more so in the recent years in the context of the global pandemic. For the seventh year in a row, Berkshire Hathaway Travel Protection (BHTP) has released its annual State of Travel Insurance report to ease the research of wondering travellers. Factors like pandemic-related concerns, terrorism threats, weather conditions, global warming and the safety of women and minorities were taken into consideration.

The report is a complex aggregation of data from third-party sources and feedback from people who have visited the destination. Only travellers who have been to the places in question in the last 5 years were allowed to rank them.

In addition to the ranking, they were also asked to indicate the biggest threats when it comes to travelling in 2022. The first concern is, understandably, health related, with 56% of participants being worried about disease outbreaks, while international terrorism takes second place with 51% of the votes. Nevertheless, BHTP highlights that the numbers are about 7% smaller than last year.

For the ranking of the safest countries, BHTP used data from the Global Peace Index, GeoSure Global, U.S. State Department’s travel safety ratings and Our World in Data’s Covid-19 statistics. The results were cross-examined with the travellers’ feedback mentioned above and the result is, in order, the following:

Iceland stole the throne this year, after being in 5th place in the 2021 ranking.

Reykjavik is probably the first destination in people’s mind, but it would be a shame to get there and not move around the island to admire everything it has to offer.

New Zeeland scored highly on all the metrics, however, it is still not opened to American visitors, which is why it only ranked second.

Even if you decide to visit New Zeeland just to see where The Lord of the Rings was filmed, you will surely be drawn to stray from your planned route by the country’s natural wonders.

Last year’s champion was brought to third place this year by GeoScore.

Home of maple syrup and politeness, Canada does not only amaze visitors with breath-taking natural displays or chic cities, but it also demonstrates excellence in governance and destination management, being a leader in tourism standards.

Stockholm is the main draw of Sweden, but you shouldn’t miss out on the country’s alternately lush rural north. And don’t forget that there are just as many summer activities as there are winter ones.

Dazzling cities, spotless trains and the misty mystery of the mountainous are just a few of the reasons that make Japan the perfect destination, not to mention the mouth-watering cuisine.

Having the perfect balance between wildlife and civilisation, Australia is without doubt a place you have to visit at least once in your life.

If chocolate is not a good enough reason for you, then the amazing cities of Geneva, Basel or Bern, the mirror lakes and the spectacular mountains should convince you to visit.

Besides the beautiful highlands and rocky coast, which can be admired any time of the year, Saint Patrick’s Day is the unforgettable experience from Ireland.

In a country so culturally and historically rich like Germany, it’s hard to choose the best reasons to visit, but the best known are probably Oktoberfest and the fairy-tale-like castles.

London is obviously the place to be, but don’t miss the Lake District, the pastoral beauty of Wales, Scotland or the serene north.

For cities, the process was a little different. BHTP narrowed down the most popular destinations from Expedia and American Express Travel to just 23 and then compared the list to data from GeoSure Global, The Economist’s Safe Cities Index and Numbeo’s current crime index and here is the result: