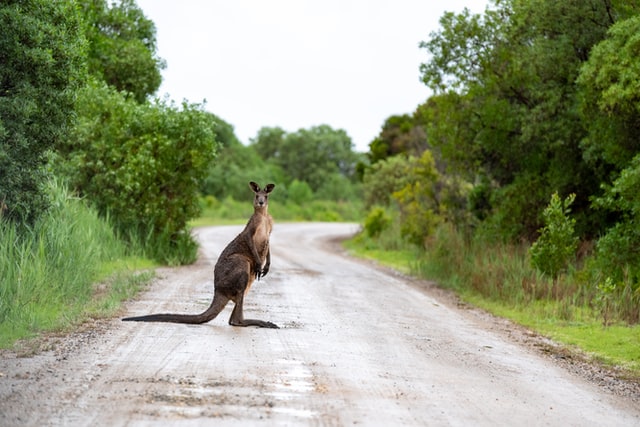 National parks can be found all over the world and are usually the perfect place to start if you want to get to know local nature. They’re places where the influence of humans is being kept to a minimum, therefore leaving room for local fauna and flora. It’s the ideal way to get a glimpse of what Earth once used to look like, before we – humans – destroyed a lot of it by building roads, houses and fields. And although the term ‘national park’ is quite general, every single one has its own way of functioning.

The new Dryandra Woodland National Park in Australia, for example, will be focusing on local wildlife. The park is located in Western Australia, about 180 kilometers South-East of Perth. The region once used to be covered with forests yet from 1890 onwards, those eucalyptus trees and other vegetation had to make room for a more and more intensive form of agriculture. The national park comprises seventeen separate pieces of wood, covering a total of 28.000 hectares or about 7% of the original wooded area.

As a lot of the animals who once lived in those woods are now being threatened, not only by the agriculture but also by housecats and foxes, the national park has decided to focus on that fauna. About 24 kinds of mammals, 98 bird species and 41 reptiles are living in the area, amongst whom a lot are in danger. The numbat, the tammar wallaby, the tawny frogmouth and the western quoll are just a few of the endangered species living in the Dryandra Woodland National Park. By monitoring the fauna of the park, for example by making sure no housecats are living in the area any longer, the park has made exceptional progress in maintaining some of the original wildlife numbers. In 2018, 5 numbats were living in the area, while that number has gone up to 35 in 2020.

While visiting the park and the Ochre Valley in particular, you can also discover the culture of the Noongar Aboriginals who have been living here for over 40.000 years. The remnants of their past, like an ancient clay oven and some rock paintings, are still visible today.

Thinking of paying a visit to the national park? Know that accommodation is possible on only three different sites: the Lions Dryandra Village, the Congelin camping and the Gnaala Mia camping.