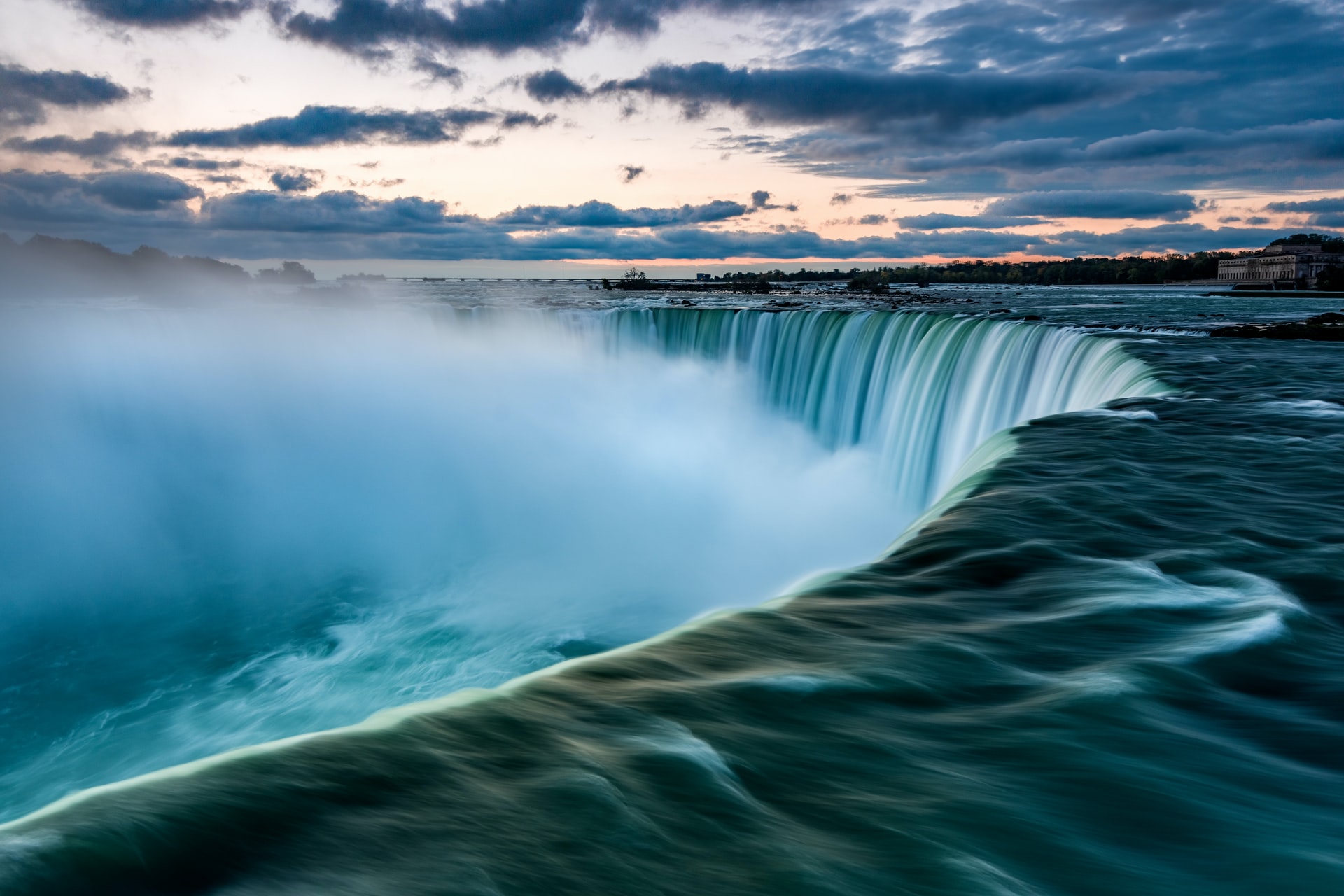 10 Most Stunning Waterfalls in Canada

Giorgio Armani and Gino Sorbillo are the new Ambassadors for tourism

Hollywood stars exempt from quarantine in the UK

When we hear the word “waterfalls” people think about Niagara Falls in Canada but there is plenty of other ones that can be added to your visit list.

This is the second tallest waterfalls in Canada with a total height of 373 metres. “Takkakaw” means “wonderful” in Cree (dialect spoken by approximately 110,000 aboriginal languages with the highest number of speakers people across Canada). The water comes from the melted glacier who very peak during the spring and summertime. This beautiful waterfall can be found in the “Yoho National Park”, in British Columbia.

This is a large waterfall on the Montmorency River in Quebec, Canada, and it’s larger than the “Niagara Falls”. There is a bridge on the tops, where you can have a wonderful view. During the winter when everything is white and freeze you can do skating with an amazing view!

This fall, located in the provincial park in British Columbia, is composed of a series of cliffs and is the third-highest falls in the province. The falls are named after William Shannon who first settled the property in 1889 and made bricks in the area.

“Athabasca Falls” is a waterfall located in the “Jasper National Park” on the upper Athabasca River, with the mountain behind and the forest trees, this fall is probably the most beautiful walls in Canada. If you a photographer it must be in your bucket list.

“Helmcken Falls” is the fourth highest waterfall in Canada, located in the majestic Wells Gray Provincial Park, which was created to protect this powerful fall.

“Kakabeka Falls” is located within the Provincial Park and because of its size and the ease of access, it has been consequently nicknamed “the Niagara of the North”. Some people like this waterfall because you can enjoy the view from many different angles and you can also do a picnic in the park.

It is located in Spahats Creek within the “Wells Gray Provincial Park” of British Columbia. Common references place the falls at around 60 m tall, but taking into account the second tier, it is, in reality, closer to 75–80 meters tall. It is a popular stop for tourists and especially motorcoach tours.

The falls drop 100 m, nearly twice the height of Niagara Falls! Rare orchids thrive in its billowing mist. The vast expanse of the falls captivates photographers and hikers with a tireless display of powerful drama.

“Della falls” is the highest waterfalls in Canada, The only way to reach Della Falls, other than by helicopter, is by crossing the entire Great Central Lake by boat. In 1899, prospector and trapper Joe Drinkwater discovered Della Falls and named them after his wife. The best time to visit this beautiful waterfall is during the summer.

The falls drop into Western Brook Pond, surrounded by the “green emerald Clift” and make these waterfalls looks very beautiful. “Pissing Mare Falls” is located in the “Gros Morne National Park”, Newfoundland. The falls can only be accessed by boat.