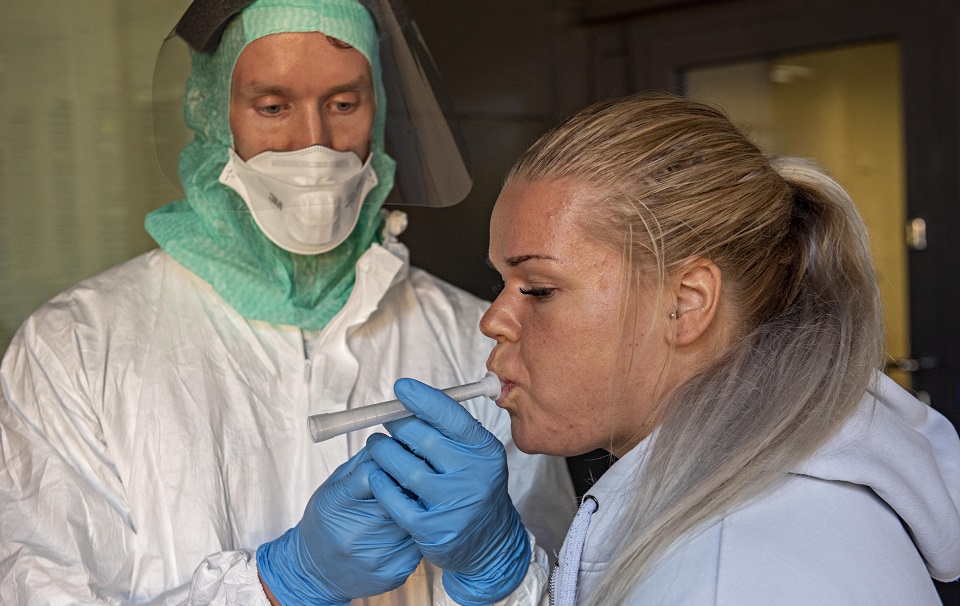 Early trials of a new test for coronavirus have shown the possibility of “rapid identification” of the virus. Results published by the Lancet (the world’s leading independent general medical journal), following trials in Scotland and Germany, show that breath analysis developed in Wales may be able to identify Covid-19 from other chest infections almost immediately, showing results in seconds rather than hours.

Developer Imspex Diagnostics created the latest machines at its headquarters in the Cynon Valley in south Wales. Founder and chief executive, Santi Dominguez, commented, ‘the potential, I think, is very exciting’.

‘Being so immediate, you could see many different applications outside a traditional hospital environment’, he explained. ‘You could see the potential in aviation, you could see it in transportation in general, you could see it in immigration’. He highlighted how, ‘you could take a quick sample, it’s non-invasive, you don’t need a particularly specialised person to collect those samples – and a few minutes later you get a result.’

The technology was originally being used to develop tests to detect illnesses such as lung cancer, as well as how to distinguish between viral and bacterial respiratory diseases quickly. However, seeing the new strain of coronavirus became a global pandemic, the company decided to focus its diagnostic efforts on the disease. ‘We do have experience in that area, and experience in its implementation. When Covid came along, it made us divert in that direction and to contribute to the effort’, stated Dominguez.

Excited to get this coverage for our project on @BBCWales but continuing to keep our head down and working on the project. More data needed, more steps to take. The whole team is hugely motivated to deliver this test and help #backtowork safely #coronavirus https://t.co/Y2FGFAp3iE

Using Imspex technology, two trials have now been carried out; on hospital patients in Edinburgh, Scotland and in Dortmund, Germany, early in the Covid outbreak.

The study, which was led by Loughborough University, evolved from the university’s work on its toxi-triage project which aimed to help emergency services in civil disasters. The researchers aimed to pinpoint whether the machines could distinguish between a patient with Covid-19 or any other type of chest infection. This involved the equipment analysing single breath samples, searching for volatile chemicals present in the expelled air that might give scientists a clue to why a patient was sick and had respiratory issues. From this study, the tests were able to make out a “signature” for Covid in the chemicals, which was then confirmed by more traditional and invasive swab tests.

The results of the study showed that in 80% of cases, they were in fact able to accurately predict whether the patient had Covid-19, therefore successfully distinguishing the illness from other breathing problems, for example asthma or bacterial pneumonia. In the Edinburgh study, the researchers also identified chemical compounds that had a “significant predictive power” for the severity of the Covid infection, and whether it could cause death.

Following the study, the scientists concluded that, ‘if shown to be reliable, it offers the possibility for rapid identification or exclusion of Covid-19 in emergency departments or primary care that will improve management of patients and safety of healthcare staff’. The scientists also stated that, ‘development and validation of this approach may allow rapid diagnosis of Covid-19 in the coming endemic flu seasons’.

Paul Thomas of Loughborough’s department of chemistry, said he was ‘hugely encouraged’ by the results. However, these of course remain small scale studies, with about 100 patients involved.

The devices, which were developed in south Wales, could be ready to use in six months – depending on fundinghttps://t.co/nsNIdjPai6

4. When will it be available on the market?

Imspex Diagnostics has said it is necessary for them to further refine the technology before it is ready for use in everyday situations, whether this be in hospitals or other environments such as airports. Santi Dominguez stated, ‘we are a small company, if we had to do this ourselves with the current resources we have, we are 12 to 18 months from getting a solution’, but added that, ‘we could probably get to market in under six months with the right support’. He assured that finding that support to take the next steps was now the company’s priority.

‘We have already had some support from the Welsh Government in the past. That has been very helpful in getting us to where we are’ he said. ‘But we are at the point now where we really need to change gear, if you like.’ He explained that ‘It is one thing to get the technology to the point where it is approved and it can be used, but then you have to be able to make it in sufficient numbers – it’s no good if you can only make a few.’