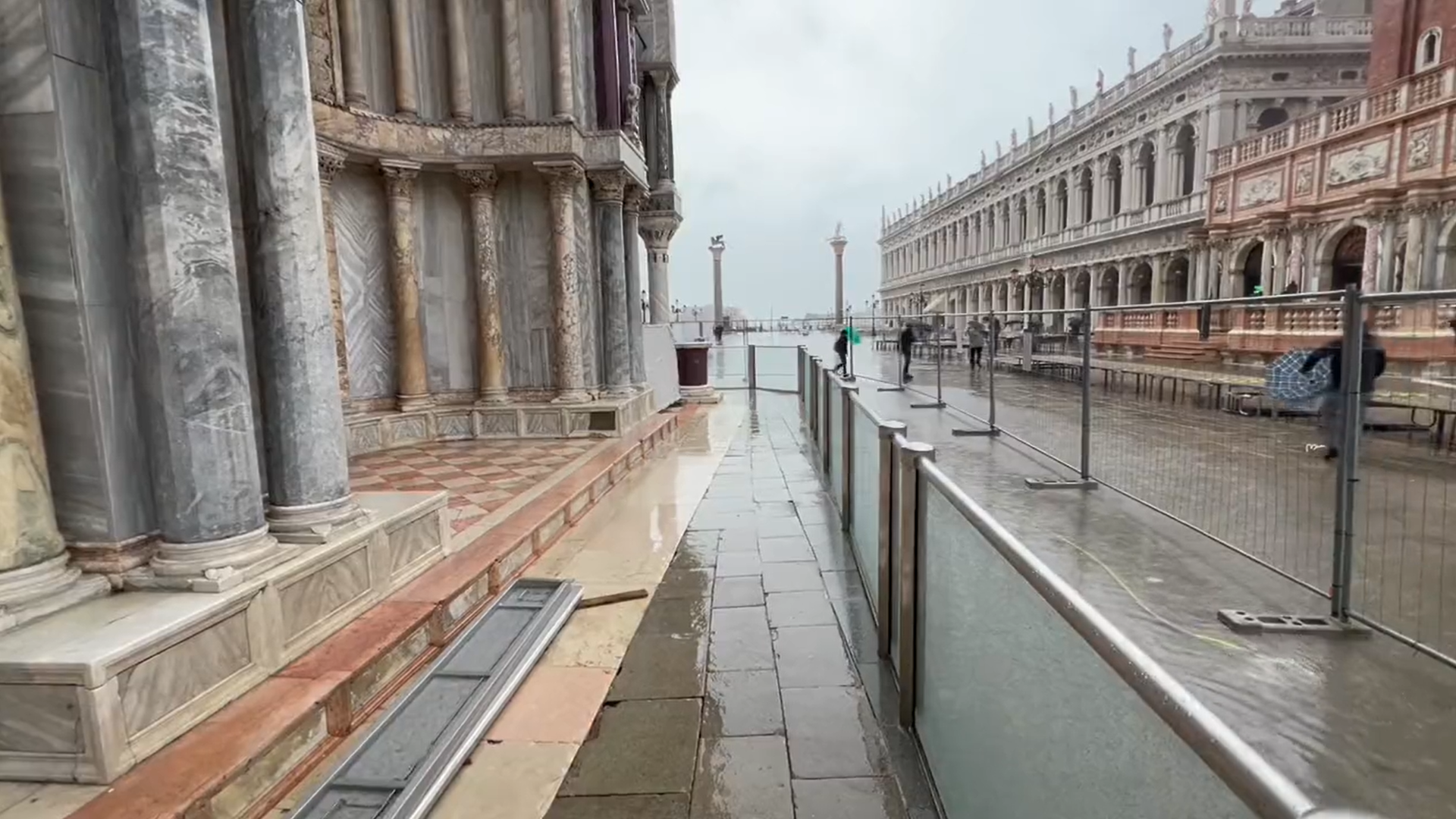 After a particularly devastating flood following one of the highest tides the city has ever seen, Venice invested in climate adaptation systems to prevent future extreme events from causing so much damage.

The high tide of 2019 was the second highest ever recorded in Venice, causing damage of over €300 million. The lagoon city is already prone to irreparable damage from rising sea levels and waves and while high tides are common, being called acqua alta, they are being exacerbated by climate change.

To mitigate the impact, in October 2020, Venice implemented the Mose system, which proved successful during the third highest tide ever recorded, of 173 cm, on 22 November.

If the Mose barriers had not been there, Venice would have been catastrophically under water.

The system consists of 78 flood gates rising from the lagoon floor when tides are forecast to exceed 110 cm high. It is designed to withstand and protect the city from rising water levels of up to 3 metres.

Even with the successful Mose system in place, some parts of the city are still prone to flooding, being lower than the 110 cm minimum high tide necessary to activate it. Piazza San Marco is just 80 cm above sea levels, with the atrium of the San Marco Basilica being the lowest point in the city and frequently subject to flooding.

To further protect the 11th century monument, 1-metre-high glass panels, that rise up from the pavement, were installed around it in October. During the high tide of 7 November, the panels successfully protected the basilica from flooding for the first time.

The protective panels are a temporary solution until the entire ground around the square can be elevated to a higher altitude. “The San Marco Basilica is dry for the fort time during high tide! Now we need to accelerate the completion of the Mose system for definite safety of the square”, tourism councillor Simone Venturini wrote on twitter.