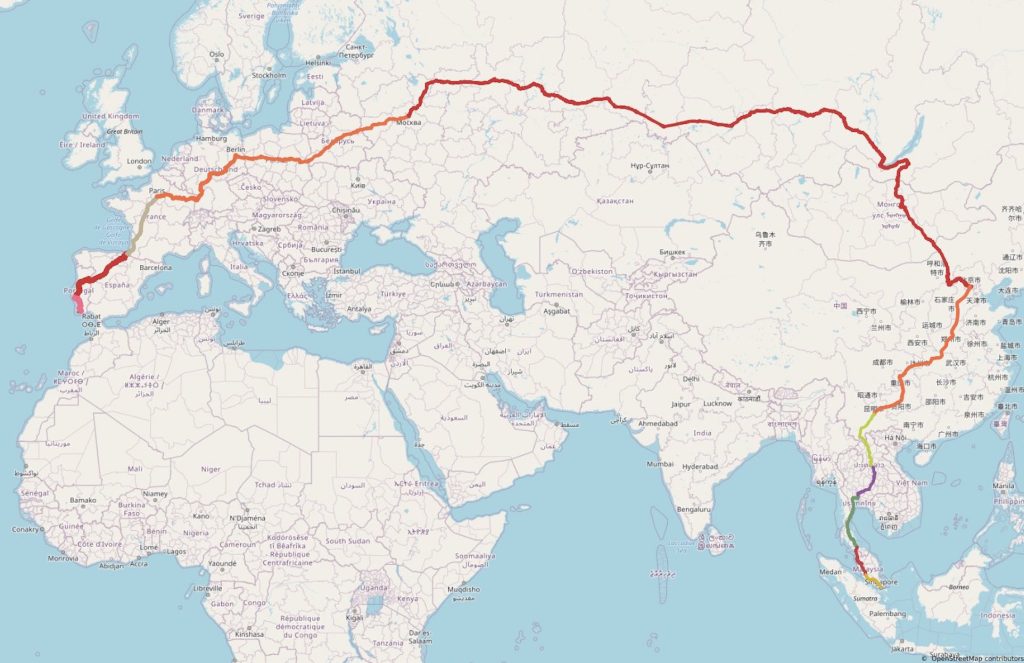 This is the longest train journey in the world

Flights from and to Warsaw to suffer drastic cut

Are you a fan of traveling by train? You’ll be delighted to know that as of December 2nd you can travel all the way from Portugal to Singapore looking at the landscape as the train meanders through hills and valleys. The new high-speed rail line connects Kunming in China to Vientiane, the capital of Laos. This has effectively created the new longest continuous train journey in the world. Making the round trip would have an estimated cost of around €1,200.

This is great news for seasoned and novice travelers alike given the urgency of curbing climate change. Euronews reports that traveling by train from Portugal to Singapore would emit roughly 0.08 tonnes of CO2. On the other hand, a one-way flight from Lisbon Portugal to Changi Airport in Singapore would emit an estimated 1.67 tonnes of CO2 equivalents.

Is is important to note that given the pandemic and the restrictions associated with it, travel is restricted. According to a discussion thread on Reddit, some of the railways included in the route are not operating. The Paris-Moscow Express and Moscow to Beijing segments, for instance, are currently suspended because of the pandemic.

According to rail expert Mark Smith from seat61.com, completing the full journey would take an estimate of 21 days. The 18,750 path would take travelers from Lagos in Portugal to Paris, crossing through Germany and Poland, Belarus and Russia, before moving on to the Asian leg which would include Mongolia, China, Thailand and Malaysia.

In the past a continuous train journey would have ended in Vietnam and only gone on for about 16,898km, Euronews reports. The final stretch to Singapore used to be by bus from Saigon, through Cambodia to Bangkok.

Mark Smith from seat61 explains that some overnight stops are included in the 21 day journey time. They are meant to allow for visas, paperwork and making connecting rail trips. Short transfers across cities to different railway stations be needed to be able to make this journey end to end.