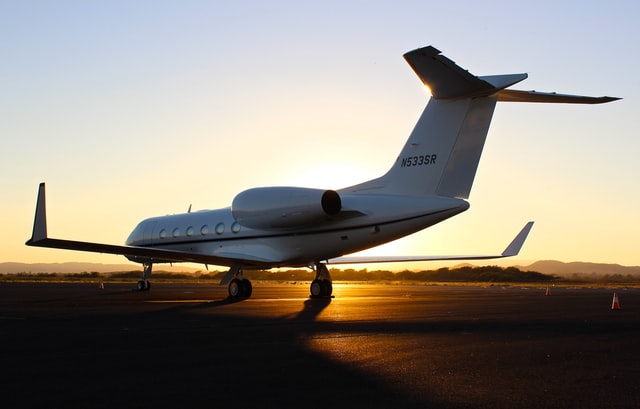 The use of private jets is on the rise despite the urgency of curbing CO2 emissions and slowing down climate change. According to data from the European Business Aviation Association published by Bloomberg, the number of flights by private jets has increased by almost a third in recent months compared to 2019.

Private aviation activity depends on commercial activity. Airlines reserve what are known as slots, which are permits to park, land on the runway or stay at the airport, well in advance, something that private flight companies do not do. This is why jets are conditioned by the activity of commercial airlines. The Brussels Times reports that many business executives are flying privately to avoid the delays and cancellations that have plagued several European airports for the past few months due to shortage of staff.

One area of concern raised by some scientists is the impact private aviation is having on the environment. According to estimates by The Daily Mail, private aircraft at COP26 could have contributed 13,000 tons of CO2, equivalent to the emissions of 1,600 Britons in a year. The 13,000 tons accounted for 85% of total emissions at the event.

Commercial aviation is estimated to produce around 2% of global CO2 emissions and 12% of the total transport share (compared to 74% for road traffic). If there are between 80,000 and 110,000 commercial flights every day, it is estimated that the number of flights in private jets varies between 10,000 and 11,500 per day. These flights are many cases half empty. The average pollution created by a private flight user is between 5 and 14 times higher than that of the commercial traveler, and 50 times that of the train traveler.

There are almost as many commercial aircraft fleets (26,000) as private ones (22,000). Just 1% of air travelers account for 50% of global aviation emissions. The US is responsible for the vast majority of private flights, according to McKinsey.

In the case of private jets, with a capacity much lower than that of commercial aircraft, emissions per person multiply. In the context of the current climate emergency, environmental organizations are calling for a ban on this activity. In France and the UK, private jets have become the targets of policymakers and the media in recent weeks. In Belgium, the Green party has launched appeal for a tax on private jets.

Some of the most popular destinations for private jets are Paris, the Greek island of Mykonos, and Ibiza, Spain. According to data from AENA (state-owned company managing airports in Spain), more than 6,000 private jets landed at Ibiza International Airport in the first half of 2022, up from 5,345 in the same period of 2021, and 3,819 in the last six months before the pandemic arrived.