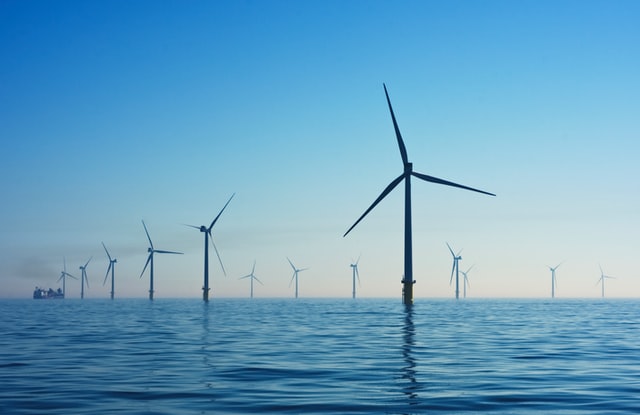 Switching to renewable energy could save the world trillions, new Oxford study shows

A recent Oxford University study reveals that changing from fossil fuels to renewable energy could save the world as much as 12 trillion euros by 2050. The paper, reviewed by researchers at the University of Oxford and published in the journal Joule, claims that the transition to a clean energy system would save at several trillion euros compared to current fossil fuel use.

The research shows a win-win scenario in which rapid transition to clean energy results in lower energy system costs than a fossil fuel system, while providing more energy to the global economy and expanding energy access to more people around the world.

“Even if you’re a climate denier, you should be on board with what we’re advocating,” Prof Doyne Farmer from the Institute for New Economic Thinking at the Oxford Martin School told BBC News.

Our central conclusion is that we should go full speed ahead with the green energy transition because it’s going to save us money.

The BBC reports that in 2021 Philip Hammond, the then Chancellor of the Exchequer, wrote to the prime minister to say that the cost of reaching net zero greenhouse gas emissions by 2050 in the UK would be more than 1.15 trillion euros. The report published in Joule debunks that statement. Researcher say the likely costs have been over-estimated and have deterred investment.

The report also states that the predictions by the Intergovernmental Panel on Climate Change (IPCC) calculating that the cost of keeping global temperatures rises under 2 degrees would correspond to a loss of GDP by 2050 were too pessimistic. According to the report, the transition to renewables was likely to turn out to be a “net economic benefit”.

Lead author Dr. Rupert Way, a postdoctoral research fellow at Oxford’s Smith School of Enterprise and the Environment, says in a statement that “previous models, which predicted high costs for the transition to carbon-free energy, have deterred companies from investing and made governments nervous about setting policies that would accelerate the energy transition and reduce dependence on fossil fuels.”

The researchers analyzed thousands of transition cost scenarios produced by major energy models and used data on: 45 years of solar energy costs, 37 years of wind energy costs and 25 years of battery storage. They found that the actual cost of solar dropped twice as fast as the most ambitious projections of these models, revealing that, over the past 20 years, previous models greatly overestimated the future costs of major clean energy technologies versus reality.

“There is a misconception that the switch to clean and green energy will be painful and costly and involve sacrifices for everyone, but that is wrong,” says Professor Doyne Farmer, who led the team that conducted the study at the Institute for New Economic Thinking at the Oxford Martin School.

The study shows that the costs of key storage technologies, such as batteries and hydrogen electrolysis, can also be dramatically reduced. Meanwhile, nuclear power costs have risen steadily over the past five decades, making it highly unlikely to be cost-competitive in the face of falling costs for renewables and storage.

The Russian invasion of Ukraine has led to high energy costs, causing inflation worldwide. The study, conducted before the current crisis, takes these fluctuations into account using fossil fuel price data from over a century. The research shows that the response to the crisis must include accelerating the transition to clean and low-cost energy as soon as possible, as this will bring benefits for both the economy and the planet.