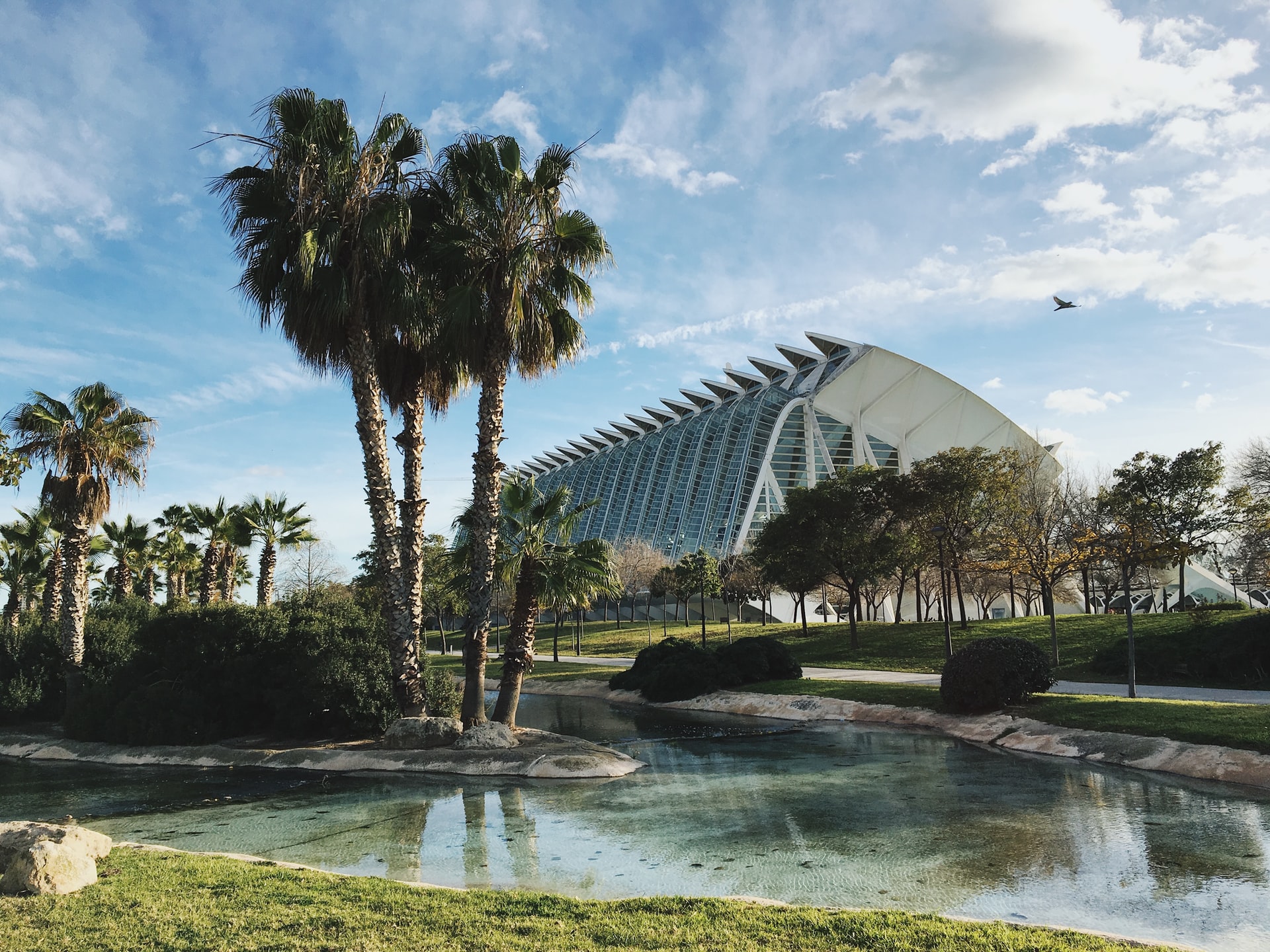 During the lock-down Valencia has shown its inhabitants and visitors a friendly and sustainable face. The spring blossoms can be seen all around, in its parks and gardens. The wildlife in L’Albufera Nature Park has found a quiet haven to nest and brood. Spain’s borders are opening up again and if you have chosen to come to Valencia for a break within the “new normal”, this is what will await you.

If you could look at Valencia from a bird’s eye view, you would see a city that’s becoming greener. The gardens in the historic center have been added to the list of gardens for self-sufficiency.

If you visit Valencia, you can stop by l’Hort de Botja in the district of Velluters and see what was once a deserted piece of land that is now in full agricultural production. Another small orchard (Jardin de la Huerta) is located in an area of Parque Central, the last garden to be included in the city’s catalogue of over two million m2 of green spaces. A year after its inauguration, the 100,000 m2 of green space designed by landscape architect Kathryn Gustafson is a good place to stop and enjoy the landscape.

Ask for your guide and city map to write down all our recommendations for your next trip to a more sustainable Valencia. Take a look at the companies that rent bikes or book a guided tour on two wheels. Remember to respect the hygiene and safety distance measures recommended by the health authorities.

The confinement brought about a decrease in gardening work in the city’s parks. These days Valencia has green spaces that have been transformed into wild meadows for pollinating insects, which will help to control pests and improve urban ecosystems. Some of them can be found in the Jardín del Turia Park; don’t forget to check out the Torres de Serranos.

Something similar has occurred in the 60,000 enclosures of the trees. Colored flowers grew here, which replaced the shrubs that had grown by abandoning the use of poisonous herbicides.

There 20 hives on the roofs of the public buildings which has fostered the thriving of bees and their important task: pollination and the preservation of the city’s vegetation. Valencia has joined the trend of urban beekeeping, along with other large cities such as New York, London or Paris.

If you come across squirrels during your walk in the Jardín del Turia Park, you should know that they have been accustomed to this environment for a year now, which helps to increase biodiversity in the old Turia riverbed.

The summer season on the beaches of Valencia has started this year with Blue Flags are flying again all along the coast. This European emblem confirms the good quality of bathing water, guarantees accessibility and services and underlines the efforts made to protect the environment, to remind us of the importance of respecting our environment.

On the urban beaches of Cabanyal and Malvarrosa, as well as on the other six beaches of the L’Albufera Natural Park, you will find information panels on the measures taken to prevent the spread of the coronavirus.

One of the city´s most symbolic squares, the Town Hall Square, is now a large pedestrian area of 12,000 m2, inviting you to stroll and discover the eclectic architecture that surrounds it. From an old monastery, which is the seat of the Town Hall, to the numerous Art Nouveau buildings and the originality of some rationalist style blocks of flats.

The best view is from the Mirador del Ateneo viewpoint, which is 50 metres high and offers a 360 degree view of the rest of the city.

A large garden of 23,000 hectares surrounding the city serves as a pantry for the city’s markets and restaurants. During the curfew, the huerta was a real example of resilience, as it continued to feed a million Valencians, but was also able to export fruit and vegetables to other regions of the world.  The irrigation system, inherited from the Arabs in the 8th century, is still a true work of engineering that is not outdated.  And the FAO – Food and Agriculture Organization of the United Nations – has recognized it and awarded the Huerta the title of “Globally Important Agricultural Heritage System” (which has only been awarded 7 times in Europe).

Where the railway tracks used to run, there is now a cycle path, the Via Xurra, which runs through this landscape. And if you want a real local plan, try the local drink, the horchata, at Daniel’s, right in the Alboraia, the cradle of the chufa (tiger nut), the tuber from which this refreshing Valencian drink is made.

6. Start of the rice season in L’Albufera

Flamingos and other species of birds have freely roamed the L’Albufera Nature Park. These days, rice begins to grow out of the water of the flooded fields, creating a unique landscape; shades of green that are reflected in the water like a mirror, and which are colored with a warm orange every evening.

You can reach this natural park by bus no. 25; or dare to discover the area by bike on the cycle path that starts in the Ciutat de les Arts i les Ciències. Get to know the origins of this unique area by visiting the Racó de l’Olla Interpretation Centre. Climb its lookout tower and enjoy the panorama of the Albufera or take the paths that lead from there. If you are really interested in the environment, take part in the volunteer work organised by Tancat de la Pipa, a reserve in the park. Or else enjoy a trip on the lagoon in the typical local traditional boats (albuferencs), which are now limited to 75% of its capacity.