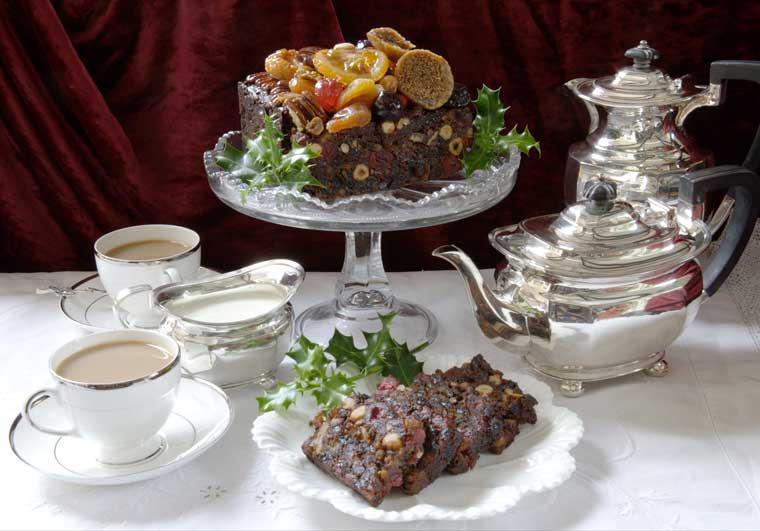 Sgroppino, Snow Maidens or Dala Horses – how will you celebrate Christmas this year?

This Christmas things will be different, we know that. Many people will be unable to see loved ones they would usually spend time with. Or perhaps you’ll be at home for longer than usual with children isolating from school? In that spirit, I’ve taken a look at traditions from around the world for you to make your own this festive season.

In the Swedish county of Darlana, carving little wooden horses as toys and decorations by the fireside through the cold, dark winter months is a long-standing tradition. The practice is thought to have started using remnants from local villages’ furniture and clock-making. Some of the resulting figurines are plain wood, others are painted. Of course, not everybody is capable of working with their child on whittling (although some ‘forest schools’ do teach knife skills these days and your child might be able to teach you!). But if you feel like it and have off-cuts of wood hanging about, here and here are some instructions to get you started. And if all you have are paper and scissors, this paper garland is a fun alternative.

A traditional British Christmas cake, or Twelfth Cake, was eaten on Twelfth Night, the eve of Epiphany. But when this tradition was banned by Oliver Cromwell during England’s Republican days, people switched to eating their cake at Christmas instead. You can understand why they were reluctant to give up it up, when you realise it is often prepared weeks or months in advance of the festive season. Dried fruits are soaked in booze, such as brandy or sloe gin, and these are baked into the cake, which is then ‘fed’ even more alcohol periodically, before being decorated with marzipan close to Christmas. Like all good fruit cakes, a Christmas cake lasts a long time (pieces of Queen Victoria’s wedding cake still occasionally turn up at auction!). I know Brits who prize their Christmas cake so much, they save it and still have slices left at Easter. Luckily, this means you still have time to make a Christmas cake in the next week, feed it with alcohol and eat it with cups of tea during the bleak post-Christmas winter months. You might even have some left to give to friends when you are able to visit them again. You surely can’t go wrong with a recipe from the queen of British Bake-Off, Mary Berry.

In some countries, people sing Christmas carols on doorsteps to raise money for charity (though they are not often as good as the ‘carol singers’ in this controversial scene from Love Actually). This year, with impromptu social contact and singing in strangers’ faces frowned upon, you could stay home and learn a German-Japanese number instead. Beethoven’s Ninth Symphony, Ode to Joy, known simply as ‘Daiku’ or ‘number nine’, has become a phenomenon in Japan at Christmas. It’s thought it was first sung there by prisoners of war during World War One. Now choirs all over the land sing it in German, including the stunning 10,000-strong Osaka ‘Number Nine Chorus’. Why not learn the words yourself and go viral on tik-tok?

4. Mix up a Christmas Cocktail

Forget about mulled wine. In ‘A Christmas Carol’, Charles Dickens describes a festive feast including a devilishly steamy rum, citrus, and spice punch. Elsewhere in his novels and recipes, we find out more about the punch recipe Dickens learned from his father. Alternatively you could try something chilled. When I was in Argentina at a family celebration a few years back, I was served ‘sgroppino’ for dessert, and told that they always have it at New Year. Sgroppino, is a palate cleanser or ‘detangler’ from Venice, made with prosecco, lemon sorbet, and vodka – perfect for a hot southern-hemisphere Christmas. Just be sure to drink it quickly – what a hardship! – because it will split if left to stand.

From Father Christmas to Santa Claus, from Zwarte Piet to Krampus, the Christmas season seems dominated by mythical male figures. But in Russia, and some Turkic and Slavic countries, there exist stories of a female counterpart. In Kazakhstan, for example, Kar Kiz wears a blue dress and is the beautiful, pale-skinned granddaughter and helper of Ayaz Ata – the Frost Father. In Russian folktales, Snegurochka is a snow girl who melts when she finds love. Another version tells of two childless Russian peasants who make a lucky straw doll to love. She becomes real – but evaporates when she plays with other children and leaps over a fire. Why not write and illustrate your own Winter Maiden poem or tale, or gather some bendy sticks or paper straws and have a go at making your own straw doll to keep the evil spirits at bay?

Whatever your tradition, and whatever you decide to do this Christmas, stay safe, well and have a Happy New Year.

Deborah’s debut novel, Sea of Bones, is out on Legend Press, and is available from all good bookshops.