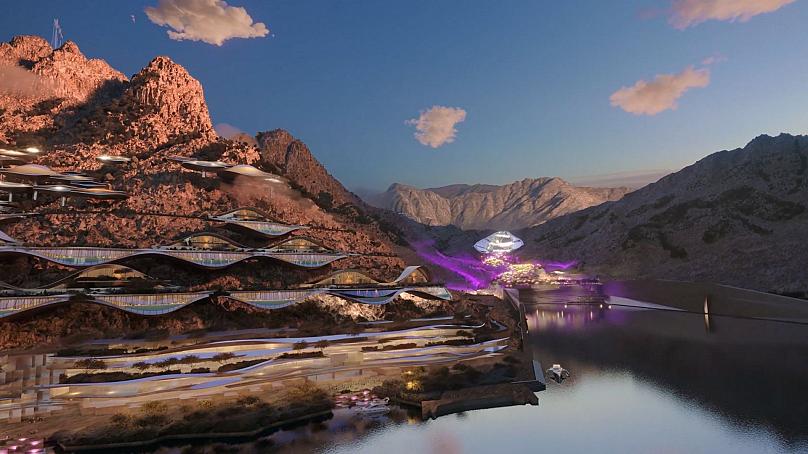 Hold your pee and poo when it rains in Brussels

Ryanair CEO advises Boeing to “get its shit together”

A metropolis free of cars, CO2 emissions and built in a straight line for more than 100 miles in the middle of the desert. Endless rows of trees and an artificial moon. These are just some of the projects in the development plan for Neom, the futuristic, eco-friendly city that Saudi Arabia plans to build.

Described as “the urban model of tomorrow in which humanity evolves without harming the health of the Planet,” Neom is one of the building blocks of Vision 2030, the program launched by the country to gain economic independence from oil. A $500 billion project that, with a total area of 26,500 square kilometers (an area larger than Kuwait or Israel), is expected to be developed in Tabuk province and outside the borders of the kingdom. It would not adopt Saudi Arabia’s legal system and instead rely on an autonomous legislative system.

The smart city’s sprawling territory will include, among many other things, The Line, a core of communities developed along an imaginary 170-kilometer-long axis, around which four larger urban and industrial centers would be built, one for each of the types of land it traverses: the maritime gulf area, the desert area, the mountainous area and the valley. “People look at us as if we are crazy to embark on such an adventure, with so much money involved, but that’s not the case,” Ali Shihabi, a former banker and now board member, explained to the BBC. “Everything will be built step by step, taking into account the needs of future residents.”

Users would be able to transit along the different sections of The Line aboard high-speed trains that, in less than 20 minutes, enable quick and painless travel. Neom will also host Oxagon, a city on water over 7 kilometers long, the world’s largest floating structure, and even plans to implement a coral reef restoration.

Neom’s website states that the first phase of work is expected to be completed by 2025. From the latest satellite images, everything is currently moving slowly and the completion of The Line has not even reached the halfway point. It is a prospect that has puzzled experts, who were already doubtful about the success of the operation and the practical difficulties of setting up a state-of-the-art city with such important goals on the environmental front.

The only information available is about agriculture, which, as described in the presentation, aims to make use of vertical crops and greenhouses. A turnaround not to be underestimated for a nation that imports more than 80 percent of its food.

Detractors of the project have harshly criticized the heir to the throne, Prince Mohammed Bin Salman, accusing him of greenwashing and seeing Neom as nothing more than an attempt to divert attention from far more serious problems on the human rights front. On the other hand, there are supporters who believe it is necessary to restart with a smart green city, powered by wind and solar energy and 100 percent carbon-free desalination plants, the ideal solution to bring water availability back within acceptable standards.

According to Neom’s executives, the Neom plant will use, for the first time in history, renewable energy and the waste material will not be dumped into the sea but recovered and reused as industrial raw material.

In this sea of glittering promises, however, looms the shadow of a particularly thorny issue. The territories selected as the site of the metropolis, between the Red Sea coast and the mountainous border with Jordan, were deemed morphologically perfect but no one took into account those who already lived there.

These were the members of an ancient Bedouin tribe who, apart from slogans and eloquent words, did not benefit from the operation. Many were even evicted without compensation to make way for the foundations of Neom, which has started to welcome sponsorships.