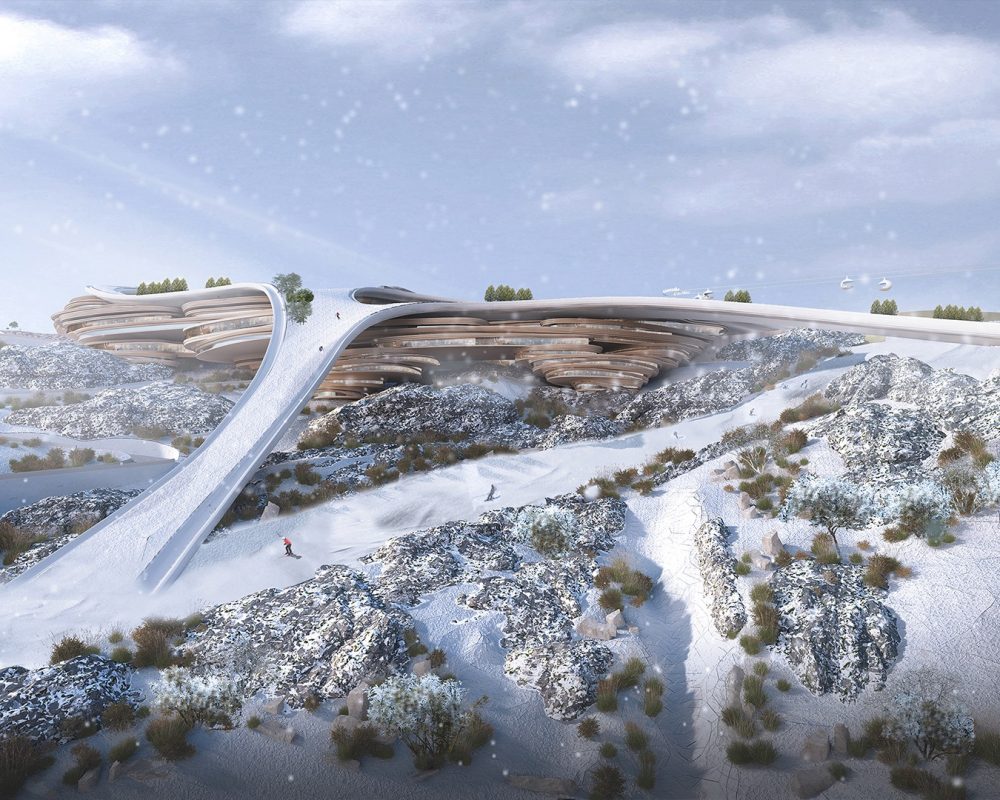 Why Pechersk Lavra is the most precious monument of Kyiv

The Crown Prince of Saudi Arabia, Mohammed bin Salman, has just unveiled the project for a new global mountain tourism destination. The Trojena complex, estimated to be completed by 2026, will be situated in Neom and is part of the city’s plan of boosting the tourism sector in the region.

Trojena will be situated right in the centre of the $500 billion high-tech mega-city Neom, just 50 kilometres from the coast of the Gulf of Aqaba. The selected region for the project is known for its mountainous landscape, being home to the highest peaks of the country, which reach about 2,600 metres.

Trojena will be an important addition to tourism in the region, a unique example of how Saudi Arabia is creating destinations based on its geographical and environmental diversity.

The resort will comprise 6 districts – Gateway, Discover, Valley, Explore, Relax and Fun, and is estimated to draw around 7,000 people to move and settle in Trojena, as well as in the residential districts next to it. It should create over 10,000 jobs and, by attracting around 700,000 tourists by 2030, bring $800 million to the country’s economy.

The tourist destination will feature innovative architecture, which aim at coexisting with and emphasizing Noem’s mountainous landscape. The main attraction of Trojena will be outdoor skiing, with slopes available year-round. However, it will also have water sports facilities, trails for mountain biking, an interactive nature reserve, but also wellness resorts and numerous retail stores and restaurants.

The city of Noem is known for its environmental principles and the construction of the Trojen centre will adhere to the strict rules of minimising disruption to local ecology and ensuring long-term sustainability.

This new development is a major contribution to achieving Neom’s long-term ambitions by adhering to the principles of sustainability and utilising state-of-the-art technology and engineering across various disciplines to make Neom an all-round and attractive world-class destination.

Principles of eco-tourism and the preservation of nature are at the core of the project, which also align with Saudi Arabia’s 2030 Vision. “It also confirms our commitment to be part of the global effort to protect the environment,” Prince Mohammed added.