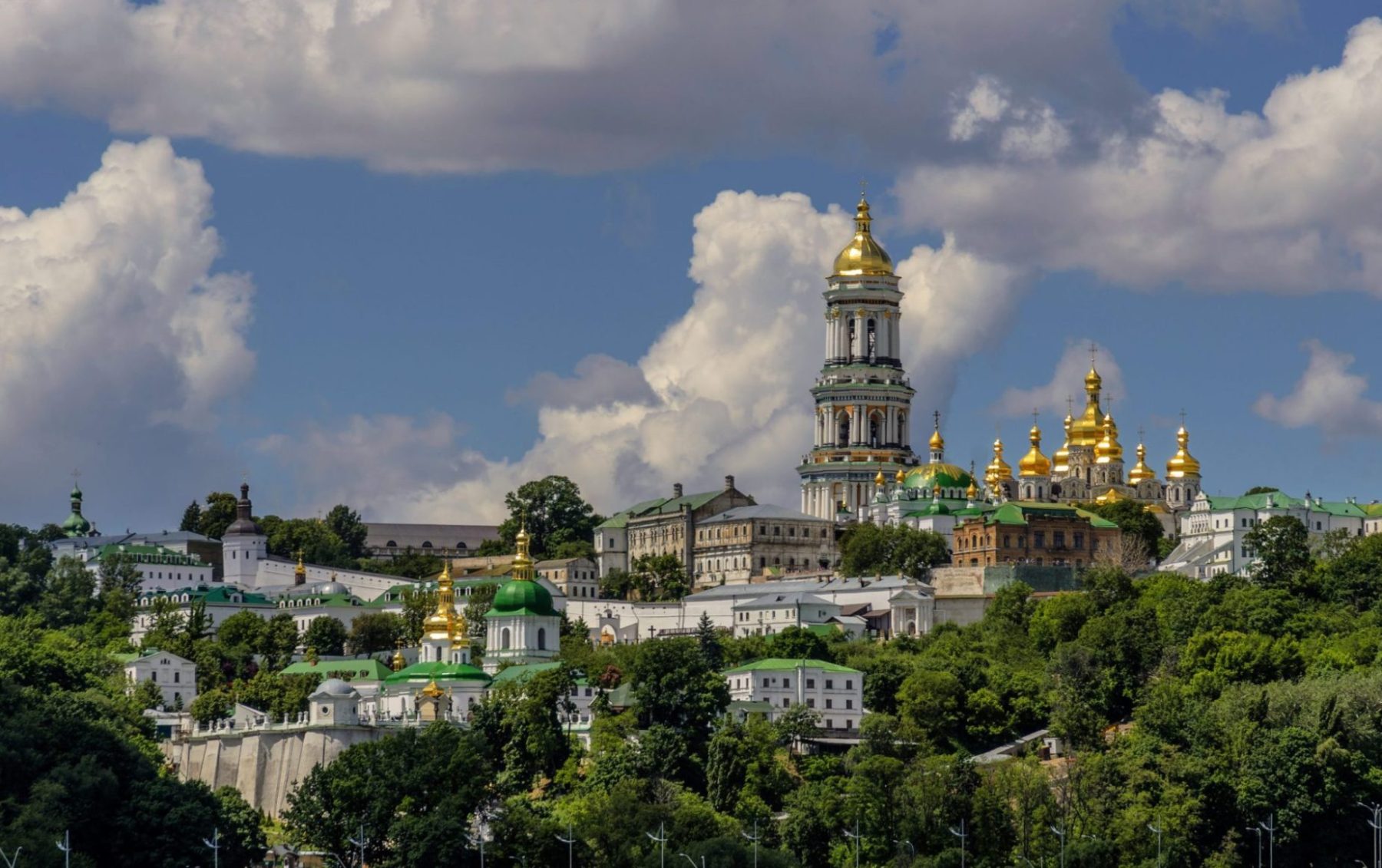 Why Pechersk Lavra is the most precious monument of Kyiv

The ongoing war in Ukraine has covered the world with a dark veil. Thousands of people are trying to flee the country and the impact on the aviation sector is still unknown. Another casualty of the conflict is represented by the cultural landmarks and heritage sites that stand to disappear in the face of the invasion.

One example is the Pechersk Lavra in Kyiv. Considered by some the “most ancient and precious monument of Kyiv”, the monastery is one of the biggest shrines for Orthodox Christians and, over the centuries, thousands of pilgrims have visited the site.

Included in the UNESCO World Heritage List in 1994, the Pechersk Lavra stands on the hills over the Dnipro River. It was founded by the Greek Saint Anthony and his follower Feodosy in 1051. They gradually dug caves and catacombs in the hillside, which is reflected in the name of the monastery: “pechera” means cave and “lavra” is the term for a higher ranked male monastery in the Eastern Orthodox Church.

Saint Anthony and Feodosy, together with other reclusive monks, lived, studied and had spaces for worship in the catacombs. When the two founders died, even without embalming, their bodies were preserved by the cool and dry air of the caves and they are still intact today, which is considered by believers a sign of their truly holy spirit and blessing by God as his representatives.

Construction above ground started in 1073 with the Dormition Cathedral, which became an intellectual centre, not only for writing chronicles, but also for training builders and artists. Over time, the Lavra suffered a series of destructions and reconstructions, with multiple building being added on the grounds.

Today, the grounds of the monastery spread over 28 hectares, comprising multiple churches and shrines, and it still attracts tourists and pilgrims alike from all over the world.

The catacombs can still be visited under the hills, a labyrinth of history embedded with holy graves. And, for those who cannot visit the place, especially in these trying times, the Lavra provides a free 3D virtual tour on their website, offering a glimpse of the beauty and majesty of this holy land, although a in-person visit is mandatory to fully grasp its grace, charm and indeed glamour.

The monastery also runs a social welfare program, helping any person in need. The tradition runs almost to the establishment of the Lavra, chronicles from the XI century mentioning the venerable Theodosiy of the Caves providing aid to the physically challenged and disadvantaged. Through the program, the monastery “assists all people who come to the holy monastery for aid with pains and needs”, offers assistance to people with disabilities, to children’s homes and to the poor. Furthermore, there is also a plan for helping prisoners, who receive pastoral guidance and ecclesiastical literature, along with medicine, clothes and stationery.