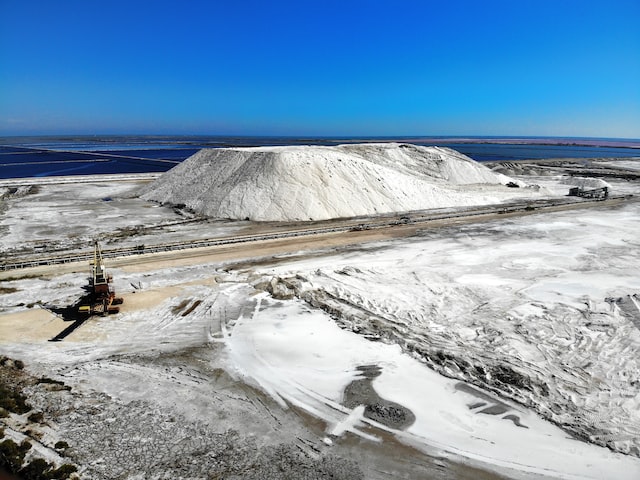 Salts could be the answer for large-scale storage of hydrogen in solids, new study shows

Researchers at the Leibniz Institute of Catalysis have developed a method for storing and releasing pure hydrogen with salts in the presence of amino acids. The research paper was published in the American Chemical Society Central Science where the researchers share a method of storing hydrogen in solid salts.

Unlike the traditional linear economy based on fossil fuels, the circular economy is a model of production and consumption that involves reducing, reusing and recycling aimed at addressing global resource scarcity.

Hydrogen gas could one day replace fossil fuels as a clean energy source, producing only water and energy. Hydrogen is a highly flammable gas and handling it in large quantities is not simple. Its conversion to liquid requires vessels capable of withstanding extremely high pressures.

The reversible storage of hydrogen in solid salts emerged as a potential way to make the fuel easier to transport and handle. The salt can be reused to store more hydrogen, making it a cyclic process. But the reactions to do this require precious metals as catalysts and can produce carbon dioxide as an unwanted byproduct.

Researchers have developed efficient storage and release systems with bicarbonate and carbonate salts, as well as with manganese, which is a more widely available metal catalyst. The researchers found that the conversion of bicarbonate and hydrogen into formate, and vice versa, was most efficient with potassium salts, a manganese-based catalyst, and lysine, an amino acid that acted as an additional promoter and reacted with carbon dioxide to capture it at reaction temperatures below 200 Fahrenheit (93°C). After five storage and release cycles, the reaction system produced hydrogen with high yield (80%) and purity (99%).

The team has also demonstrated that carbonate salts and glutamic acid could be part of the reusable storage and release system with hydrogen yields of up to 94%. The researchers say this technique paves the way for large-scale storage of hydrogen in solids. The research was published in the journal ACS Central Science.