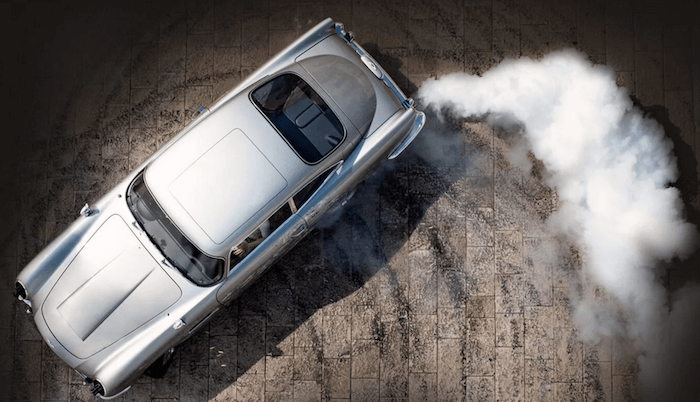 Salts could be the answer for large-scale storage of hydrogen in solids, new study shows

For the first time in Belgium, the “Bond in Motion” exhibition will welcome visitors at the Brussels Expo from December 9th, 2022 until 14th of May, 2023. First on display in London, the exhibition headed to Los Angeles before reaching the European capital. From the early Aston Martin DB5 to the latest model, “Bond in Motion” will give film enthusiasts the chance to step behind the scenes.

Vehicles include the Goldfinger Aston Martin DB5, Nomi’s No Time To Die Superleggera DBS, the Q Boat from The World Is Not Enough and Little Nellie from You Only Live Twice. The cars, helicopters, motorbikes, planes and submarines will be surrounded by props, models, set photos and gadgets from the Bond Archive.

This is the fourth Bond In Motion exhibition, following shows in London, at the recent Petersen Automotive Museum, LA and Bond In Motion – No Time To Die at the National Motor Museum, UK.

Created in 1953 by Ian Fleming and brought to the screen in 1962 with the film James Bond vs. Dr. No, the story of the British secret service agent is more alive than ever. Bond succeeded in many of his missions, at least in part, thanks to the vehicles designed by the ingenious “Q”.

“Bond in Motion” is an opportunity to discover not only the vehicles but also the secrets of their making through documents gathered for the first time. The realization of the cult scenes and the most extraordinary stunts will finally be revealed. Many other “non-automotive” objects will also be exposed. In the 60 years of its existence, the creativity of the teams behind the James Bond adventure has never failed.

Thanks to EON Production, the Ian Fleming Foundation and Metro Goldwyn Mayer (MGM), in collaboration with the Carbon 12011 agency, the City of Brussels, the Brussels Region and the British Embassy, “Bond in Motion” offers a unique immersion into the world of James Bond. All the vehicles were used in the films.

Throughout the duration of the “Bond in Motion” exhibition period, there will be meetings and events organized around the 007 saga. More than an exhibition, “Bond in Motion” promises to be an experience that will fascinate all audiences. A 007 bar-resto and James Bond stores will also be in place. Tickets are on sale as of the 25th of October.