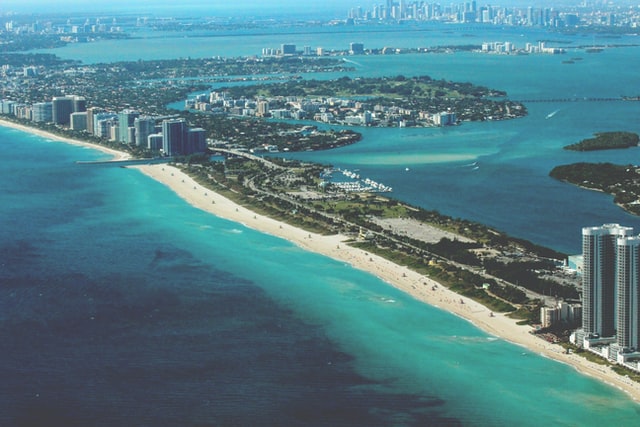 Only 15% of the world’s coastlines remain untouched

João Leite: “Santarém should be on any traveller’s bucket list”

Earlier this week, a disturbing study was released by the IPCC or Intergovernmental Panel on Climate Change. Bottom line of the international research? “Human-induced climate change is causing dangerous and widespread disruption in nature and affecting the lives of billions of people around the world, despite efforts to reduce the risks. People and ecosystems least able to cope are being hardest hit.” Even if we aim to limit global warming to 1,5 degrees Celsius, in other words, the most ambitious target in the Paris Agreement, multiple climate hazards are threatening our very existence. From rising sea levels to wildfires, the image that’s being painted in the report isn’t exactly a pleasant one.

Of course, although disturbing, the report doesn’t exactly come as a surprise. For decades, scientists have been warning us about the effects of climate change on our planet and have been urging us to change our behavior in order to limit those very effects. And yes, some of us have received the message and are trying to change for the better, yet others still prefer to keep their eyes shut and deny all consequences of their actions – both individuals and multinationals alike.

Sometimes, we agrees, things can get a little abstract. Maybe, where you’re living, temperatures have dropped and therefore you’ve got a hard time imagining the Earth’s actually warming up. Maybe your local wildlife is thriving and all those “rumors” about species going extinct are bizarre to you. If, for some reason, you’re still doubting all of this, let us shine a light in the dark.

To meet global conservation and sustainability goals, it is crucial that nations implement conservation activities to retain their remaining intact coastal regions.

One of the consequences of our often rash behavior is the damage we’re doing to coastlines worldwide. According to a new study carried out by researchers at the University of Queensland, only 15,5% of coastlines remain intact at this date. According to the scientists, coastlines with seagrass, savanna and corals are most likely to being damaged by human impact.

In all, 12 nations contained coastal regions that were more than 80% intact. Coasts were also mostly intact (60%-80%) in Chile, Australia, the United States, Svalbard, Indonesia, Papua New Guinea, Falkland Islands, Solomon Islands and Brazil. Most of the untouched coastlines at the moment lie in Canada, Russia, Greenland, Chile and Australia.

“Coastal region harbor great biodiversity and supply ecosystem services for millions of people, including food and protection against storms”, said Brooke Williams, ecologist at the University of Queensland. “The pace at which these regions deteriorate, form a great threat.”

Yet another research confirming the terrible state of our planet and yet another reason to take action, even if it is on a very small scale.