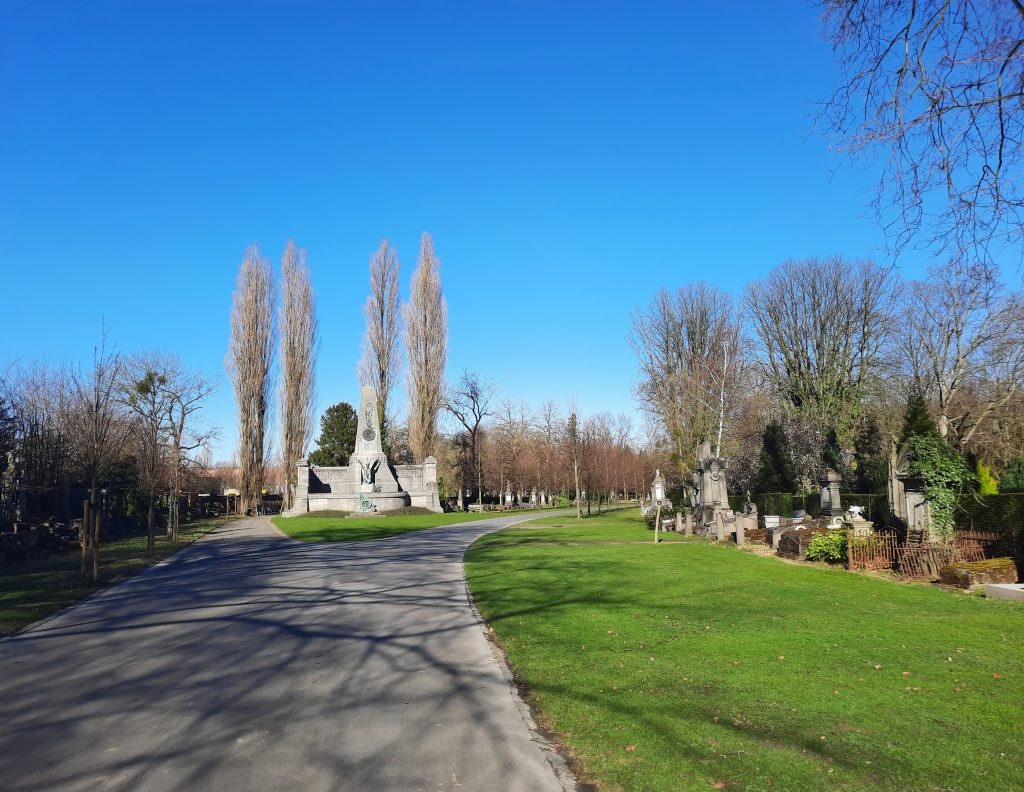 Only 15% of the world’s coastlines remain untouched

Though it might not be the first place you would look for a burst of fresh air or a spot of tourism, Brussels Cemetery has a few surprises. And it is most definitely off the beaten tourist track.

Urban living can take its toll. Some even pay the ultimate price*. So, it is with twisted irony that their final resting place could be somewhere to find respite from hectic city life today. Brussels Cemetery in Evere is that most unusual of green spaces.

“The opening of Brussels Cemetery in 1877 brought an end to years of conflict between the Catholic Church and the civil authorities over cemetery management, one root cause of which had been public health concerns,” notes a historical plaque at the entrance to the grounds.

Contained within this 30-hectare complex are a host of historical monuments and memorials with dedicated lawn cemeteries and curated areas set aside for Belgian, German and Commonwealth soldiers spanning the First and Second World Wars.

But one of the marquis historical monuments dates back to an earlier war. The British Waterloo Monument in the Cemetery marks the famous 1815 battle between Napoleon’s army and an alliance of British, Dutch, Belgian, German and Prussian soldiers, which took place in the eponymous city some 25 km south of Evere.

In 1882, Brussels authorities offered space within the Cemetery for British officers killed in the Waterloo campaign and Jacques de Lalaing was commissioned to build a monument depicting the warrior Britannia with her helmet and trident lowered. She is surrounded by lions and discarded weapons, uniforms and equipment. The statue was unveiled by the Duke of Cambridge on 26 August 1890.

Just a handful of TripAdvisor posts speak about the Cemetery, and the Waterloo memorial features among those. “I went to visit the British Waterloo memorial,” notes Peterman9 from the UK, adding that the cemetery is generally well kept and that there are some noteworthy people buried in the vast grounds. “The place would have a gothic feel in the middle of winter,” he suspects.

Jim P also visited the Waterloo memorial and nearby battlefields and observed some similarities between Brussels Cemetery and the one in Amiens, the French cathedral city made famous as a centre of fierce WWI fighting.

But it was a more recent post by Clogs from Poland that nails the ambience of the Cemetery: “A bit off the beaten path, but well worth a visit.” He notes that some of the sections are a bit “old and worn” but the “artwork, embellishments [and even the] faded colonial splendour” are worth seeing in this “green and serene” place to walk within the city.

Indeed, that was your correspondent’s experience on an uncharacteristically sunny Brussels Sunday in late February. Not more than a dozen people wandered about the sprawling grounds, which made for an eerily quiet ambience. A resident tabby cat warmly greeted an elderly couple. A young mother tried to steer her toddler away from some unstable tombstones. A youngster admired the photo mounted on a headstone of a married couple known during their acting career as Les Georgy’s.

Signs of cyclone Eunice could still be seen in the fallen trees, leaflitter and some damaged tombs. Yes, some sections of the Cemetery are a tad overgrown and subsidence is a constant problem for older, heavier graves, but there are signs of ongoing works and preparations for Spring will no doubt ramp up in the coming months.

The Cemetery’s wide boulevards and wild pockets are joined together by a series of dewdrop-shaped tributaries and floral outgrowths hiding secret gardens, monuments to the fallen and a fair share of famous names. Several former Brussels mayors are buried there, including Charles de Brouckère (1796-1860), Jules Anspach (1829-1879), Charles Buls (1837-1914) and Adolphe Max (1869-1939), whose names may be more familiar as Brussels streets and squares.

* The World Health Organisation estimates that around 4.2 million die prematurely every year from outdoor air pollution. The European Environment Agency calls it the “single largest environmental health risk in Europe” and a major cause of heart disease, stroke, lung disease and cancer. Efforts to promote green and clean urban living is a major goal in Brussels, as it is across the European Union, as spelt out in the Zero Pollution Action Plan.