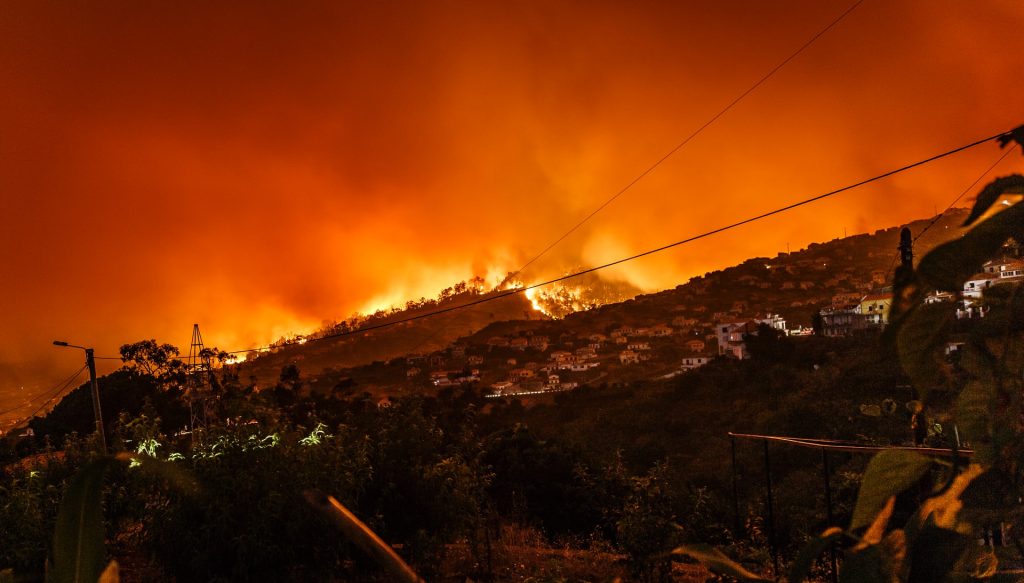 Almost every region in the world has been confronted with wildfires, especially just in the past year. California, Greece, Portugal and Australia are just the best-known examples and, without serious action now, the future is not very promising.

The most recent study by the UN Environment Programme (UNEP), in collaboration with GRID-Arendal, estimates that extreme wildfires will increase by 14% until 2030, by 30% until 2050 and by a staggering 50% by the end of the century. Moreover, the report foresees a high risk of wildfires even in regions, such as the Arctic, which, until now, were not even considered susceptible to such disasters.

Climate change and land-use are the main factors identified to contribute to the increase in frequency, as well as in intensity, of wildfires and the paper, entitled “Spreading like Wildfire: The Rising Threat of Extraordinary Landscape Fires“, calls for better action from governments around the world.

We have to minimize the risk of extreme wildfires by being better prepared: invest more in fire risk reduction, work with local communities, and strengthen global commitment to fight climate change.

Climate change intensifies wildfires, while wildfires intensify climate change. High temperatures, drought, lightning and strong winds are all exacerbating factors for wildfires. On the other hand, the destruction of sensitive and carbon-rich ecosystems, like peatlands and rainforests, contribute to higher temperatures and the aggravation of climate change.

For this reason, to break the vicious circle, the report calls for “radical change” in the way governments manage wildfires.

“Current government responses to wildfires are often putting money in the wrong place. Those emergency service workers and firefighters on the frontlines who are risking their lives to fight forest wildfires need to be supported”, said Inger Andersen, UNEP Executive Director. “We have to minimize the risk of extreme wildfires by being better prepared: invest more in fire risk reduction, work with local communities, and strengthen global commitment to fight climate change”.

At the moment, over half of the total budget of managing wildfires is allocated to direct response, while less than 1% is dedicated to planning. In order for wildfires to be kept under control in the future, investments need to be shifted from reaction and response to prevention and preparedness. The paper proposes a new “Fire Ready Formula”, according to which two-thirds of spending on wildfires should be devoted to planning, prevention, preparedness and recovery, and just one third for response.

Another crucial step brought forward by the report is ecosystem restoration, which play an indispensable role in wildfire prevention. Wetlands restoration and the reintroduction of species such as beavers, peatlands restoration, building at a distance from vegetation and preserving open space buffers are some examples of the essential investments into prevention, preparedness and recovery.

The paper ends with a call for stronger international standards for the safety and health of firefighters and for minimising the risks that they face before, during and after operations. Among the measures are the access of firefighters to adequate hydration, nutrition, rest and recovery between shifts, lowering their risk of life-threatening entrapments, but also raising awareness of the risks of smoke inhalation.