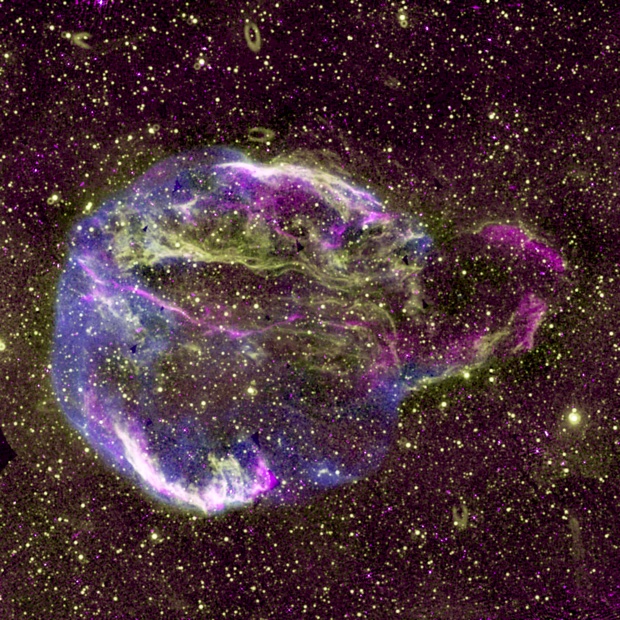 João Leite: “Santarém should be on any traveller’s bucket list”

A new map of the night sky has just been released for the first time. The photo, which was released by scientists at Durham University, shows an incredibly detailed picture of millions of galaxies and space objects.

Using the Low Frequency Array, or LOFAR, a large radio telescope, a team of international scientists mapped more than a quarter of the northern sky. The map revealed a radio image of more than 4.4 elements and is very dynamic. LOFAR is operated by ASTRON, the Netherlands Institute for Radio Astronomy.

Many of the 4.4 million galaxies captured in the picture contain massive black holes or are generating new stars at high rates. Most of the patches of light visible in the image are billions of light-years away from Earth, according to the scientists. Some of the rarer objects captured in the image include colliding galaxies and flaming stars in the Milky Way.

Each time we create a map our screens are filled with new discoveries and objects that have never before been seen by human eyes.

Most of the objects are billions of light-years away. They are either new galaxies or rapidly growing stars. Rare objects that have been discovered include colliding groups of distant galaxies and bright stars within the Milky Way.

The scientists produced this map by implementing advanced data processing algorithms on high-performance computers across Europe. They processed 3,500 hours of notes occupying 8 petabytes of disk space. The data release reveals millions of things no telescope has ever seen. Nearly four million objects have been detected at radio wavelengths.

We anticipate it will lead to many more scientific breakthroughs in the future, including examining how the largest structures in the universe grow

LOFAR is one of the largest radio telescopes in the world, with nearly one hundred thousand antennas spread across Europe. It was inaugurated in 2010 and has the particularity of operating at very low frequency (between ten and 250 megahertz), i.e. it can see the Universe through its particles emitting at low frequency, the ultra-energetic particles.

To scrutinize the universe, astronomers have different types of telescopes at their disposal. Some, such as LOFAR, detect radio waves emitted by celestial objects, others detect X-rays or optical rays, in the visible or infrared world.

In addition to hundreds of thousands of galaxies, 90 percent of which had not yet been detected, and some “enigmatic” objects, the radio telescope has also found a large cluster of galaxies.

The farthest mapped object is more than 11 billion light-years away, a testimony to the universe a billion years after the Big Bang. Astronomers hope to learn more about the formation of supermassive black holes, one of the great mysteries of the universe.

A black hole is a celestial object with an extremely large mass in a very small volume. There are two types: stellar black holes, which form at the end of a star’s life cycle, and supermassive black holes, which have galaxies at their center and would weigh between one million and one billion times that of the Sun, and whose origin is unknown.

The researchers of the international LOFAR project expect that by 2024 the telescope will have detected 15 million radio sources and delivered 48 petabytes of data, “the equivalent of a stack of DVDs almost 40 Eiffel Towers high”.