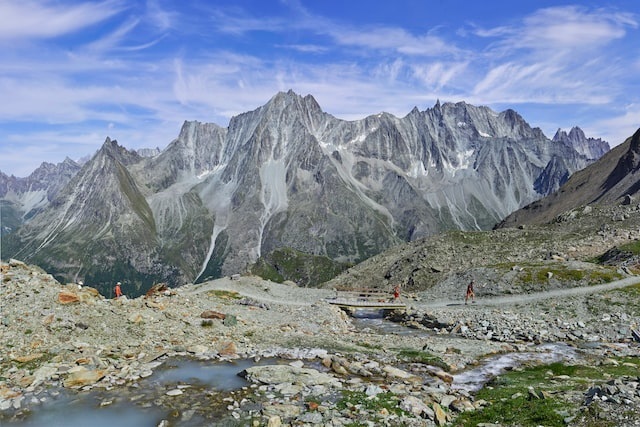 A recent study has revealed that Switzerland’s 1,400 glaciers have lost half their total volume since the early 1930s, and researchers say the ice melt is accelerating at a time of growing concern about climate change. ETH Zurich, a respected federal polytechnic university, and the Swiss Federal Institute for Forest, Snow and Landscape Research announced the results of the first reconstruction of 20th century ice loss in Switzerland, based in part on an analysis of changes in glacier topography since 1931.

We knew with climate scenarios that this situation would come, at least somewhere in the future.

The researchers found that the ice volume had halved over the following 85 years, up to 2016. Since then, glaciers have lost an additional 12%, in just six years. “Glacier melting is accelerating. Looking closely at this phenomenon and quantifying its historical dimensions is important because it allows us to infer glacier responses to a changing climate,” said Daniel Farinotti, co-author of the study, published in the scientific journal The Cryosphere.

In late September of this year, the Swiss Academy of Sciences reported that ice shrinkage on glaciers in Switzerland, which has the largest volume of glaciers of any country in Europe, has surpassed the previous record of 2003.

“We knew with climate scenarios that this situation would come, at least somewhere in the future,” Matthias Huss, head of the Swiss Glacier Monitoring Network (GLAMOS) told Reuters. “And realizing that the future is already right here, right now, this was maybe the most surprising or shocking experience of this summer.”

Switzerland’s glaciers are melting like never before. The study which claims that the ice volume has decreased by 6% in a “disastrous” year 2022, amid growing concern about global warming and the summer heat wave that swept Europe.

The report gives a detailed account of the damage in the Swiss Alps. This year more than six meters of ice melted on the Konkordiaplatz summit of the Great Aletsch Glacier in the south near the Italian border. Small glaciers such as the Pizol in the east near Liechtenstein, the Vadret dal Corvatsch near St Moritz in the southeast and the Schwarzbachfirn in the central area have “almost completely disappeared,” according to experts.

By area, Swiss glaciers account for about half of the total area of the European Alps.The research teams relied on a combination of long-term observations of the glaciers, field measurements, and aerial and mountaintop photographs, including some 22,000 taken from the summits between the two world wars. By using multiple sources, the researchers were able to fill in existing gaps, as only a few Swiss glaciers have been regularly studied over the years.

The research involved the use of decades-old techniques that allow the shape and position of terrain images to be compared, as well as the use of cameras and instruments to measure the angles of land areas. The teams compared the surface topography of glaciers at different times, allowing calculations to be made on the evolution of ice volumes.

According to researchers, not all glaciers have lost ice at the same rate. Altitude, the amount of debris on the glaciers, and the flatness of a glacier’s “nose” (its lowest part, which is the most vulnerable to losing volume) all affect melt rates. The researchers also found that in two periods, in the 1920s and 1980s, there was sporadic growth in glacier mass, but it was overshadowed by the more general trend of decline.

The melting of the glaciers has uncovered the remains of human bodies, as yet unidentified, as well as parts of a plane that disappeared more than half a century ago. Two French mountaineers found human bones while climbing the Chessjen glacier in the canton of Valais, a Swiss police spokesman confirmed. The bones were discovered near a path that fell into disuse 10 years ago.