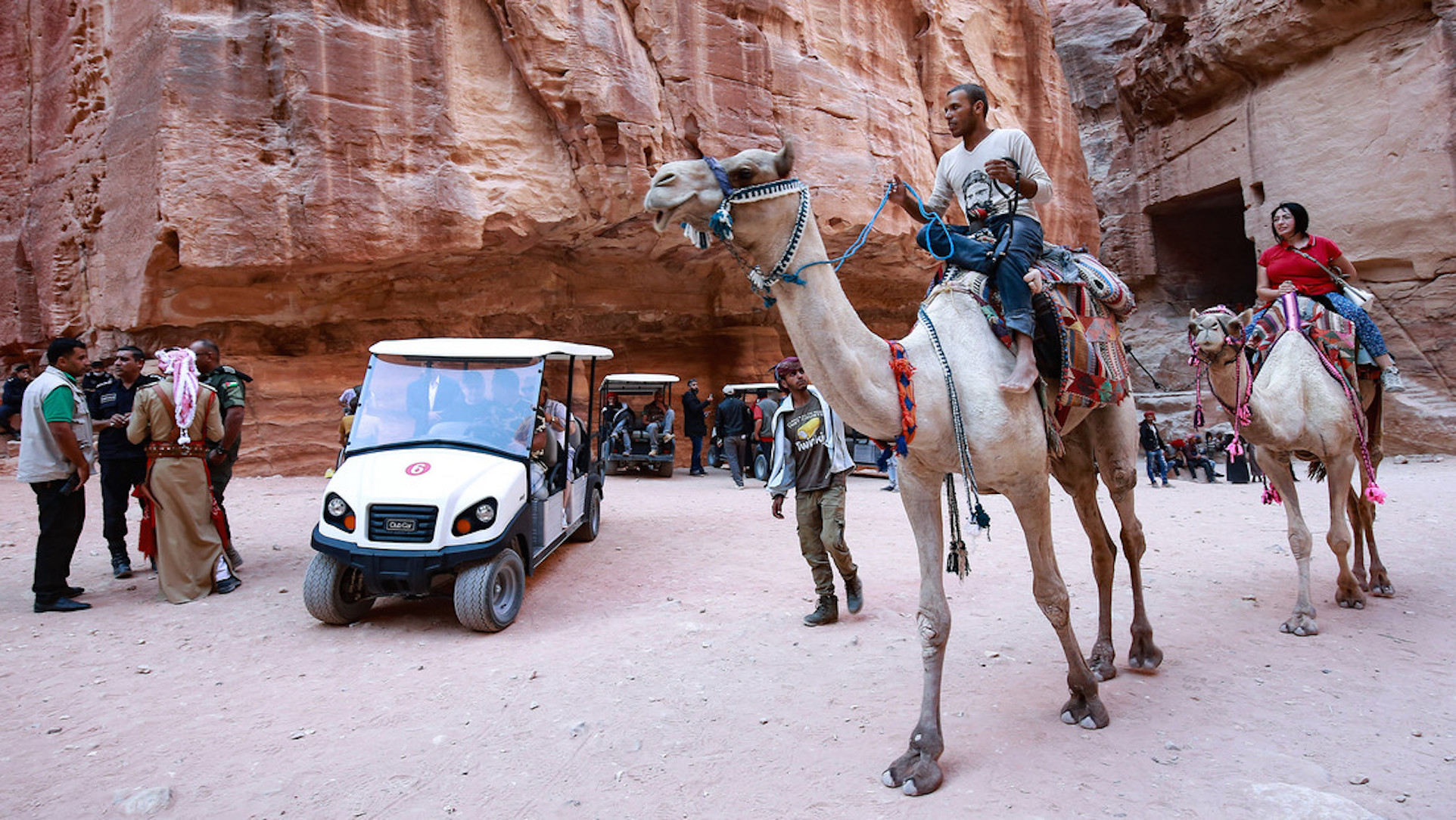 The landscape of the ancient city of Petra in Jordan is changing. The typical donkey and horse-drawn tourist carriages are being replaced by electric cars at the UNESCO heritage archaeological site. According to AFP, with the introduction of a fleet of 10 small electric buggies. The goal is to transport visitors through the imposing canyon that serves as the entrance to Petra.

“There is no pollution or exhaust gases. The change has reduced cases of animal abuse,” said Suleiman Farajat, head of the Petra Regional Development and Tourism Authority, as quoted by the agency. The vehicles have less impact because sometimes the carriage wheels hit the side of the natural canyon, the horse manure causes a bad smell and is not easy to clean, Farajat said.

This year the animal rights organization PETA, a critic of the use of animal traction, had announced that it contributed to the initiative by lobbying local authorities. For animal advocates, the move was an important step forward for sustainable mobility but serves as a reminder that there is still much work to be done to protect animals.

They urge “officials in Jordan to end the use of animals altogether and instead use only modern vehicles in Petra to transport tourists,” the activists’ statement reads. For the time being, local authorities said they will keep some of the horses “to preserve the character of the site as a world heritage site.”

In addition to protecting animal rights, the change will make the archaeological site more accessible to disabled and elderly visitors. This measure also contemplated families whose main source of income is carriage rental, since the replacement of 12 horse-drawn carriages with 10 electric vehicles, in agreement with the owners, meant an increase in income for this sector.

“People with disabilities but also those who have difficulty walking for a long time can now see this wonderful place,” said Rudy, a 43-year-old Austrian tourist in a wheelchair, to Euronews.

The carriages could only carry two people and now the electric cars can carry five passengers. The head of the horse owners’ association, Mohammad Amarat, told AFP of his preference for the new means of transport because previously the horses “were tired, the income was less and the travel time was longer”.

The city of Petra, built in the 1st century BC, was named one of the ‘new seven wonders of the world’ in 2007 by the New7Wonders project and is a popular tourist destination. According to Euronews, the ancient city in Jordan attracted more than one million visitors in 2019.