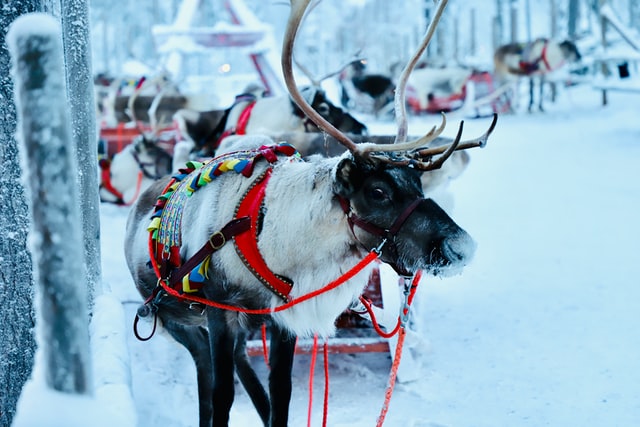 Lapland, in the north of Finland, is a region that looks forward to Christmas not only for the festivities but because of tourism. Officially, Rovaniemi is Santa Claus’ hometown and the village where he lives, located in the Arctic Circle, a tourist attraction that each year attracts more than 500,000 visitors from all corners of the world.

Due to the current surge in Covid-19 cases and the appearance of the new variant Omicron, the outlook for the tourism industry in Lapland remains uncertain. “It’s looking positive at the moment, but of course there are the threats and the worries in Europe,” said Sanna Kärkkäinen, managing director of the Visit Rovaniemi tourist promotion board. “There are a lot of question marks.”

The village of Santa Claus is open every day of the year and although his original home is in the mysterious town of Korvatunturi, in Rovaniemi exists since 1985 this tourist branch where, to the delight of its visitors, all year round is Christmas. This sort of Christmas theme park is today one of the most visited places in Finland and inside, in addition to stores and restaurants, you can live all the unimaginable Christmas experiences.

According to Euronews, the travel restrictions had a substantial impact on the economy. In 2020, tourist numbers from outside Finland drooped by 98% compared with the year before. On the other hand, domestic tourism market grew by 13% in December 2020.

There is a big possibility that something will happen of course with the European market, like we keep hearing now from Austria and Germany, and also other countries with rising infection numbers that have the possibility of having further restrictions

Before the pandemic, visitors would come in winter to enjoy a wide range of outdoor sports perfect for low temperatures and adrenaline rushes. With almost 400 km2 of slopes it is not surprising that skiing is one of the most popular sports for locals, almost a sixth of the population skis, and tourists. Climbing or a simple walk in snowshoes in any of the snowy forests around the city make Lapland in general and Rovaniemi in particular the perfect winter destination. And while not for the faint-hearted, taking a dip in Rovaniemi’s rivers is guaranteed to improve blood circulation as well as invigorate the start of the day, even though the waters are just a few degrees above freezing.

Rovaniemi suffered the devastating consequences of World War II and was practically destroyed, although in a lucky city this also had its positive side: Rovaniemi was rebuilt according to the architectural plan of Alvar Aalto who, inspired by the landscape and wildlife of Finland, looked to the country’s most beloved animal for its layout, hence the city has an original design that, seen from above, draws the head and horns of a reindeer.

In 1950, even Eleanor Roosevelt, wife of U.S. President Franklin D. Roosevelt, visited Rovaniemi to witness the reconstruction process. The genius of the vision of what is considered to be one of Finland’s greatest architects meant that the center of Rovaniemi was placed inside the head of a reindeer, with the Keskuskenttä sports stadium in the eye. The roads leading north, west and south are the ones that form the antlers.

In the beginning, there was only a group of villages where the Sami, who came from other parts of Scandinavia (Finland is a Nordic country, not Scandinavia) or Russia. They depended on agriculture, livestock and logging to keep their families alive during the harsh winters with the only company, and help, of their reindeer. And although what we know today as Lapland has little to do with the Sami culture, many of their traditions have, fortunately, survived to the present day. So in addition to being able to visit some of the settlements, the Arktikum museum also tells, and documents, much of the history of the Sami, their respect for nature and their extreme ability to survive in some of the most hostile places on the planet.