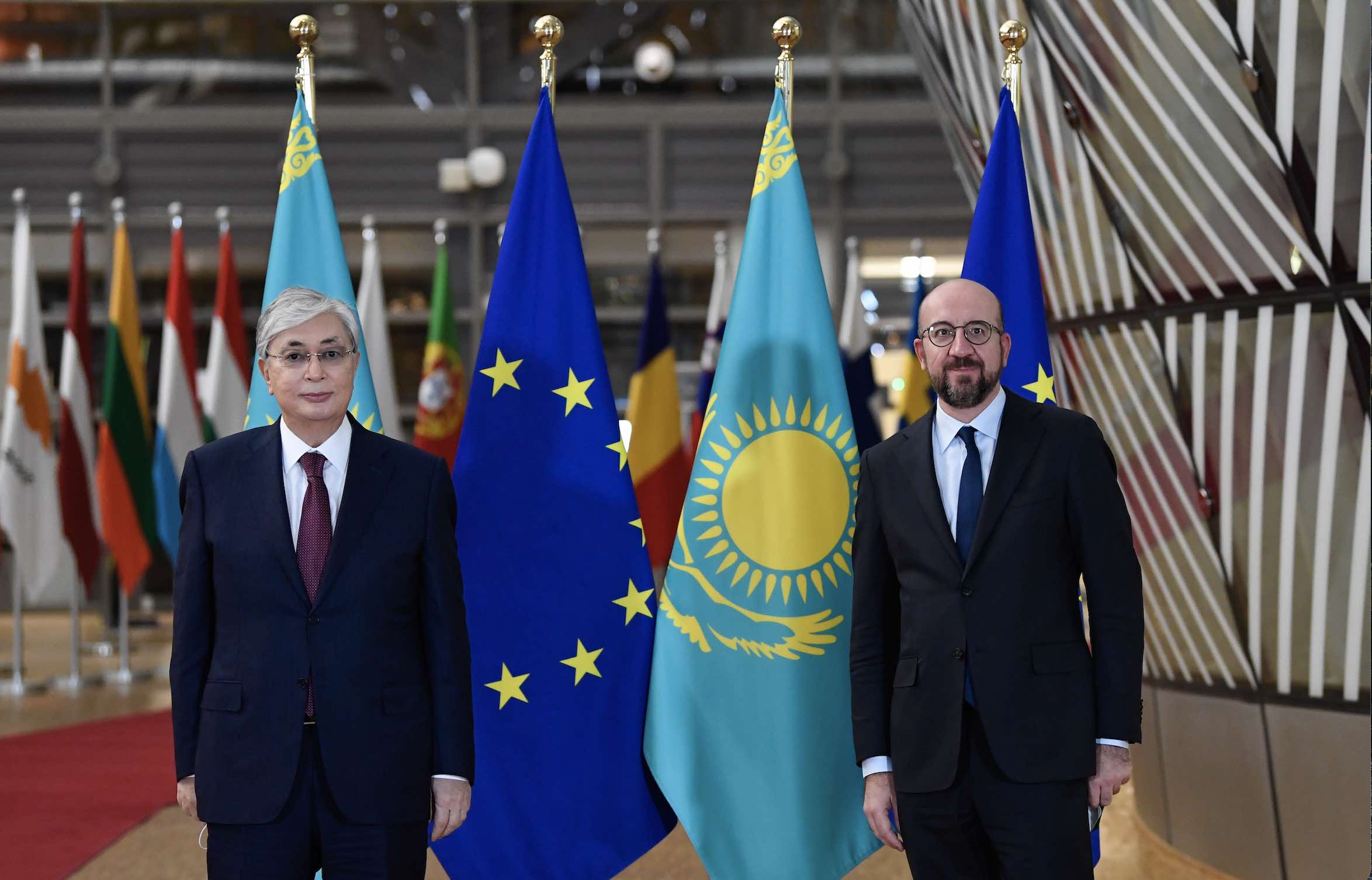 On the 16th of December, Kazakhstan will be celebrating the 30th Anniversary of its Independence. Thirty years ago, when the Soviet Union was on the brink of collapse, Kazakhstan held a referendum about its future. On the 16th of March 1991, 95% of the population voted in favor of a new Union of Sovereign States, and a few months later, on the 16th of December 1991, the Constitutional Independence Law of Republic of Kazakhstan was effectively passed. This was followed up by the Alma-Ata Protocol which would give birth to the Commonwealth of Independent States. Nursultan Nazarbayev became the country’s first president and a new bicameral Parliament was established.

This year marks the 30th anniversary of Kazakhstan’s Independence. This is an important date in strengthening the revived Kazakh statehood and of freedom, which our ancestors dreamed

President Tokayev visited Brussels on November 25th and 26th to meet with EU officials. “Visiting Brussels this week, I am struck by a sense of great potential and possibility at what Kazakhstan and the EU can achieve in partnership,” he said. “I hope this visit will open the door to new opportunities and accelerate efforts to address our common challenges. I look forward to the next 30 years of our story with great anticipation.”

In conjunction with the presiden’t visit, a roundtable called “Kazakhstan-Belgium-Luxembourg: prospects for investment cooperation” was held on November 26th. It was organized in collaboration with the Embassy of the Republic of Kazakhstan in Belgium and Kazakh Invest JSC NC. “With the dynamic political agenda, we do not forget, in the meantime, the cultural and humanitarian contacts with Belgians and Luxembourgers. I am sure that this year will offer our friends very good and multi-faceted acquaintance with Kazakhstan and its cultural values,” said Margulan Baimukhan, Ambassador to the Kingdom of Belgium and the European Union.

The 30th Anniversary of Kazakhstan’s independence coincides with several important moments in our relations with the European Union. The first visit of President Kassym-Jomart Tokayev to Brussels consolidated the strategic partnership, strengthened political links, and opened up new areas of economic cooperation

Margulan Baimukhan, Ambassador to the Kingdom of Belgium and the European Union

The Kazakh government developed and launched the Strategy for the Political and Economic Development of the country up to 2005. According to the strategy, the government started a program of privatization, economic reforms, and launched the transition from the Soviet planned economy to a market economy. From 1991 to 2000, a whole class of small and medium-sized businesses appeared in Kazakhstan. They bought 34500 objects of state property for 215.4 billion tenge (US$ 499.7 million).

In 1997, the state faced another economic crisis caused by a sharp fall in the Asian market. This crisis hit all economic players, who, in pursuit of profit from investments in the rapidly growing economies of East and Southeast Asia, brought themselves to bankruptcy. The financial losses amounted to billions of dollars, which affected the economies of the countries of the former Soviet countries, including Kazakhstan.

Capital outflows were followed by a collapse in energy and commodity prices on world markets. This alignment led to economic destabilization in Russia, which influenced the reduction in the cost of Russian goods and, as a result, had an impact on Kazakhstani producers.

To stabilize the domestic market, the Kazakh authorities reduced imports from neighboring countries, and devalued the Kazakh currency. It saved the country’s economy from large-scale turbulence. According to the Asian Development Bank, Kazakhstan’s pragmatic economic policies helped the country to become an upper middle-income state and an economic and political leader in Central Asia.

Kazakhstan has managed to reduce poverty, increase the population’s access to primary education, and improve gender equality and social security for children and mothers. According to statistics, the share of the poor, based on the national poverty line, in comparison with 2001 in the country has decreased from 46.7 percent to 2.6 percent. According to the International Labor Organization, Kazakhstan has a consistently low unemployment rate. Since 2011, this indicator has never exceeded 5 percent.

For several years now, the Kazakh authorities have been following a program of diversifying the country’s economy. The government is implementing programs to modernize agriculture, improve the usage of public resources, increase productivity in the non-oil sector, and ensure the transition of the manufacturing industry to more promising industries with high export potential.

To maintain high rates of economic growth, Kazakhstan seeks to implement structural changes in the economy, which was reflected in the Address of the First President the Kazakhstan’s way 2050: Common Goal, Common Interests, Common Future in 2014.