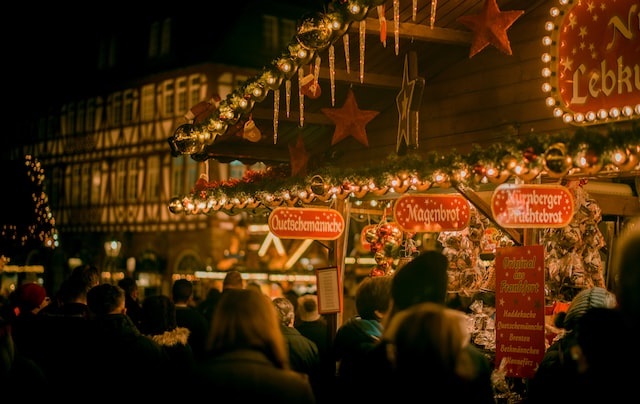 As the colder months approach, European countries that depend the most on Russian gas continue to look for alternatives to cut energy costs. One of the issues on the table these days is lighting, in particular the lights used during the Christmas period. In Germany, environmentalists have suggested that households and institutions do without Christmas lights this year for energy efficiency. The local press points out that although the energy crisis has intensified the debate, the idea is not new and was suggested years ago in the name of climate change.

The German Environmental Aid Association (Deutsche Umwelthilfe) has called for forgoing luminaries in cities and homes during the Christmas period in view of the energy crisis. “During this winter it should be a matter of course to dispense with Christmas lights in cities as well as homes,” the environmental association’s executive director, Jürgen Resch, told the editorial network Redaktionsnetzwerk Deutschland (RND).

Resch added that the possible savings of not turning on Christmas lights must be added to this and suggested one lighted tree per city and town. “Perhaps it could be reduced to one lighted tree per municipality. Consciously doing without, making savings and showing solidarity can make this Christmas very special,” he emphasized.

According to Politico, the city of Hanover has implemented a policy of only cold showers in all public buildings. In Paris, the Eiffel Tower will have its lights dimmed an hour earlier than usual and the water temperature in municipal pools will be lowered. Many municipalities around the country – close to 12,000 – have either fully or partially switched off public lighting at night.

In Austria, the Christmas lights are also being debated: for the moment, they are being maintained, although for fewer hours than in other years, as in the case of Vienna, where merchants have defended the Christmas lighting of the most central streets to instill “courage” in the citizens in the face of this “difficult winter”.

Other cities have opted to switch them on a few days later than usual. In Switzerland, environmentalists have suggested their elimination, although local authorities are also inclined to make cuts compared to other years and point out how difficult it would be to get citizens to accept the measure after two years of pandemic.

In Spain the matter has also been debated. After the controversial energy saving decree passed in the summer, which put forward measures such as turning off shop windows at 10 p.m., the government is working on an Energy Contingency Plan that will include a revision of the outdoor lighting regulations. According to the draft, to which Spanish news agency Efe has had access, no limits will be established on the use of Christmas lights, although recommendations will be included.

The document will also add new features, such as including in energy bills with less than 15 kilowatts of contracted power the average consumption recorded in the same zip code, something with which they intend to encourage savings. The draft should be sent to Brussels in the next few days and is expected to be presented before the end of the month.