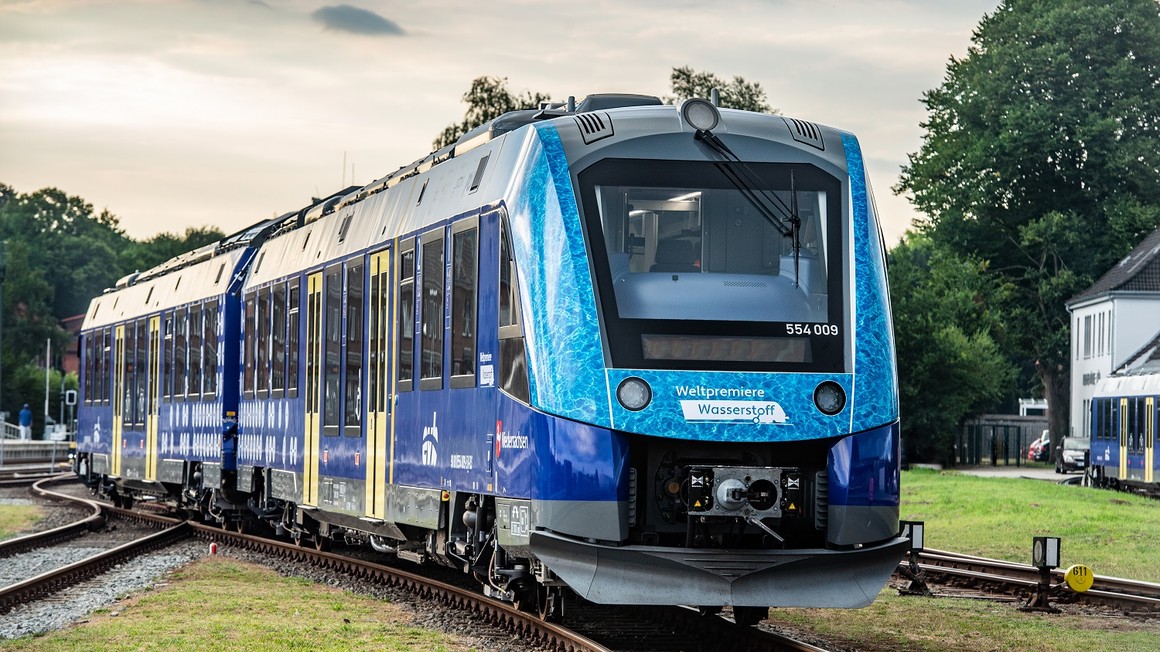 A fleet of 14 hydrogen trains powered by fuel cell propulsion will exclusively run on the route in Bremervörde, Lower Saxony. Five of those 14 trains are operational since 24 August and they will gradually overtake the 15 diesel trains that are currently running in the German region. By the end of the year, Germany expects to have all 14 hydrogen-powered trains running exclusively in the Lower Saxony state. Stephan Weil, President of Lower Saxony called the news a “model for the rest of the world” and “a milestone on the road to climate neutrality in the transport sector.”

The fleet was provided by the French industrial giant Alstom to the German region, in a business venture that amounted to €93 million ($92.3 million). The deal was struck by the state subsidiary Landesnahverkehrsgesellschaft Niedersachsen (LVNG) — the owners of the railway — and Alstom — builders of the Coradia iLint trains. “Emission free mobility is one of the most important goals for ensuring a sustainable future,” said Henri Poupart-Lafarge, Alstom’s CEO, in a statement.

The Elbe-Weser Railways and Transport Company (EVB), which will operate the trains, and gas and engineering company Linde, are also part of the project. The latter provides fueling infrastructure for the trains, positioning themselves as “pioneer in the execution of high-performance hydrogen infrastructure solutions” on the ground. The American multinational Cummins also plays a key role powering the world’s first fleet of hydrogen trains.

“We are innovating fuel cell and hydrogen technology that can essentially convert existing infrastructure built for diesel trains into zero-emissions railways without expansive and expensive rail electrification,” Amy Adams, Vice President of Fuel Cell and Hydrogen Technologies at Cummins stated in a press release.

Adams hailed the partnership with Alstom to power the Coradia iLint, pointing out that the industry is ready to help decarbonize traditionally hard-to-abate industries and help drive the hydrogen economy in Europe.

Just 1 kilo of hydrogen fuel can do the same as around 4.5 kilos of diesel. Hydrogen is expected to be a key instrument to meet the European Union’s Green Deal main objective — to become climate neutral by 2050. Hydrogen trains, in particular, have become a promising way to decarbonise the rail sector and replace climate-warming diesel, which still powers 20% of journeys in Germany.

The new hydrogen-powered trains will arrive in Frankfurt, as 27 of them have been ordered to run in financial hub. They will also stop in Italy, where 6 trains have been commissioned for use in the northern Lombardy region, and in France, where 12 trains will be shared across 4 regions. The trains can reach 140 kph, or 87mph, though regular speeds on the line are much less, ranging between 80-120 kph.

Surely the emissions footprint of hydrogen-powered transport is drastically smaller than those of fossil fuels. However, hydrogen losses to the atmosphere will impact the lifetime of other greenhouse gases, namely methane, ozone, and water vapour, indirectly contributing to the increase of the Earth’s temperature in the near-term. To minimise the climate impact of a hydrogen economy, experts say that losses should be minimised, prevented and monitored.