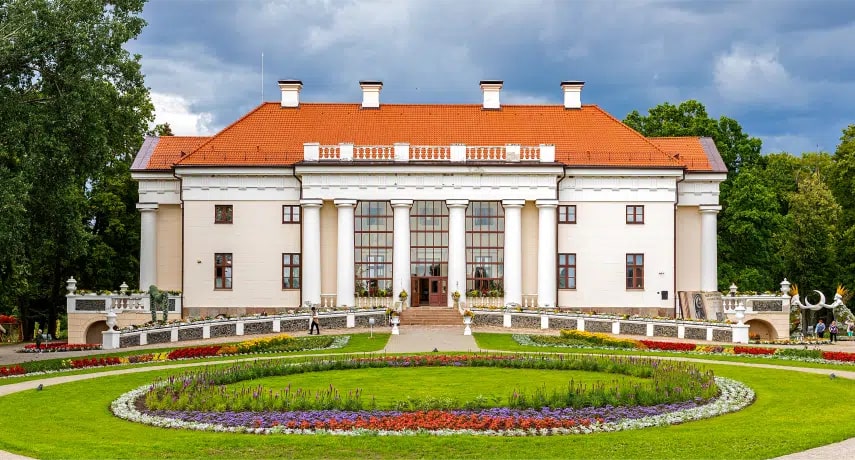 Once a popular destination for Russian tourists, the Pakruojis Manor tourist attraction, a 19th-century former residential mansion located close to the city of Pakruojis, in the north of Lithuania, is now publicly refusing entry to Russian nationals.

I think this sends a very radical message to Russia and its citizens who, after all, are related to the war and come from the aggressor country.

However, the ban does not affect all Russian citizens. Those who can prove that they are fleeing political persecution in Russia or that they are legal residents of Lithuania are still admitted to Pakruojis Manor.

The Russian ban wasn’t welcomed by everyone, with the measure dividing Lithuanians. “Russians as people have nothing to do with this. I think this kind of politics has more to do with the authorities. I have nothing against the Russian people,” one Lithuanian woman told Euronews. Another interviewee expressed satisfaction with the decision saying “these atrocities are perpetrated by the whole state, and inviting Russian tourists is like participating in these crimes.”

Currently, EU countries are debating whether to ban Russian tourists from visiting the bloc and Lithuania’s move is encouraging others to follow suit. So far, the Czech Republic, Estonia, Finland, Lithuania and Poland have taken steps to reduce Russian tourism, while Denmark is ready to implement restrictions too. Against the move are Germany and Portugal, which have openly opposed to sanction ordinary Russian citizens.

The Czech government, which currently holds the rotating EU presidency, is expected to suggest that EU countries fully suspend visa-facilitation agreements with Russia and Belarus at a meeting of foreign ministers in Prague next week, according to Foreign Minister Jan Lipavsky. However, it is unlikely that an EU-wide ban will be enforced.