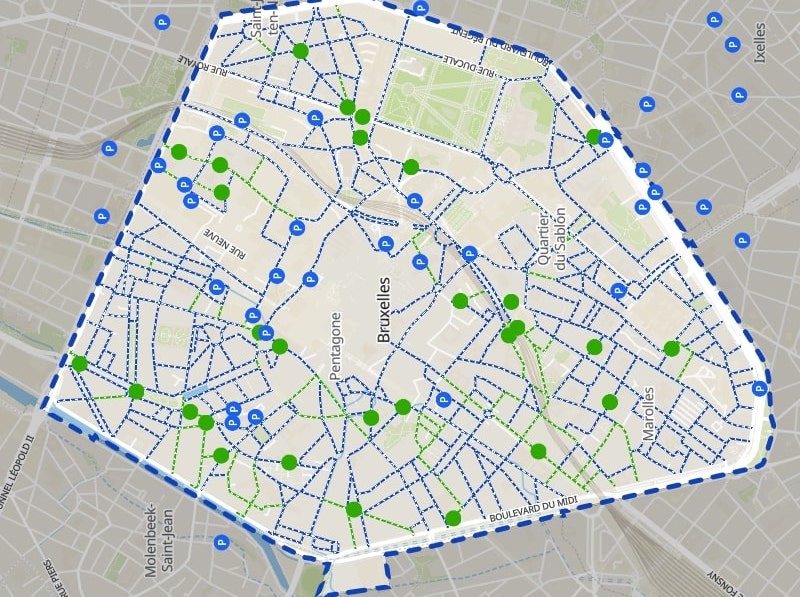 The plan is part of a growing political trend to move away from car-centric urban policy across Europe.

As part of the city’s “Good Move” mobility plan, Brussels is moving forward to reduce road traffic from the historical city centre known as Pentagon. The new plan, which expects to reduce car traffic by 24% by 2030, will restrict the movement of cars in several parts of the Pentagon with the major goal of making local neighbourhoods more accessible, pleasant and safe for all modes of transport.

“If you look at the numbers, only 20 to 25% of the people who live or come to work here use cars,” he said. “Most of our traffic comes from people driving through to other places so we’re sending them out of the city center,” said Bart Dhondt, a Green party member who is now the alderman for mobility in Brussels.

The plan is designed to prevent cars from crossing the city center, instead diverting them to the ring road, while new parking regulations will guide those wishing to visit the Pentagon to the nearest car park. These parking “destination loops” are expected to reduce the number of cars driving around the city in search of parking.

In addition, major roads within the Pentagon will no longer be filled with traffic, with the circulation plan introducing 27 changes to areas across the city, including changes in the direction of traffic, the creation of small pedestrian or restricted access zones, and bus lanes.

Today’s mobility pragmatism happening in Brussels is the result from the 2018 local elections that led the Green Party to gain representation — and key mobility posts — in 11 out of 19 municipalities in Brussels.

Belgium’s notoriously complex political system, with a federal government and regional and community governments with jurisdiction over a range of matters is often an enemy to lot of initiatives. “A lot of change is derailed by political disagreements,” said Dhondt, noting that the Greens were able to convince coalition partners to reach majority agreements on these issues, referring to the region’s “Good Move“ mobility scheme.