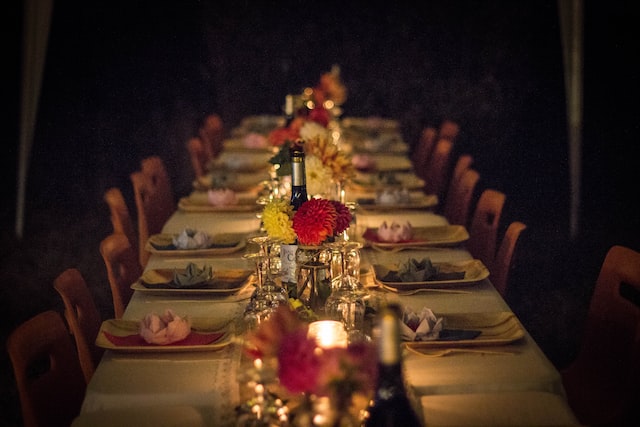 The start of autumn has been particularly cosy in some Brussels restaurants, as candlelit dining and unusual brunches over the last four days raise awareness of the energy crisis and its effect on hospitality.

The cost-of-living crunch and aftermath of the pandemic mean consumers are thinking twice before spending money on eating out. But restaurants facing the tripling of energy costs have come up with a plan to tempt diners back, save on bills, and gain visibility at the same time. It’s working, reported across the Associated Press.

As well as low lighting, alternative cooking methods are being found, like barbecues. Diners at Brasserie Surréaliste in central Brussels were treated to a gourmet meal produced without ovens, stoves, hot plates, coffee machines, or even light bulbs.

Interestingly, Brussels’ The Warwick hotel has been doing ‘Dans le Noir’ since 2004, offering a sensory dining experience in darkness. ‘In the Dark’ version 2022 reminds us, however gently, that as energy and inflation go up, both restaurants and consumers will be making hard budget choices this winter.