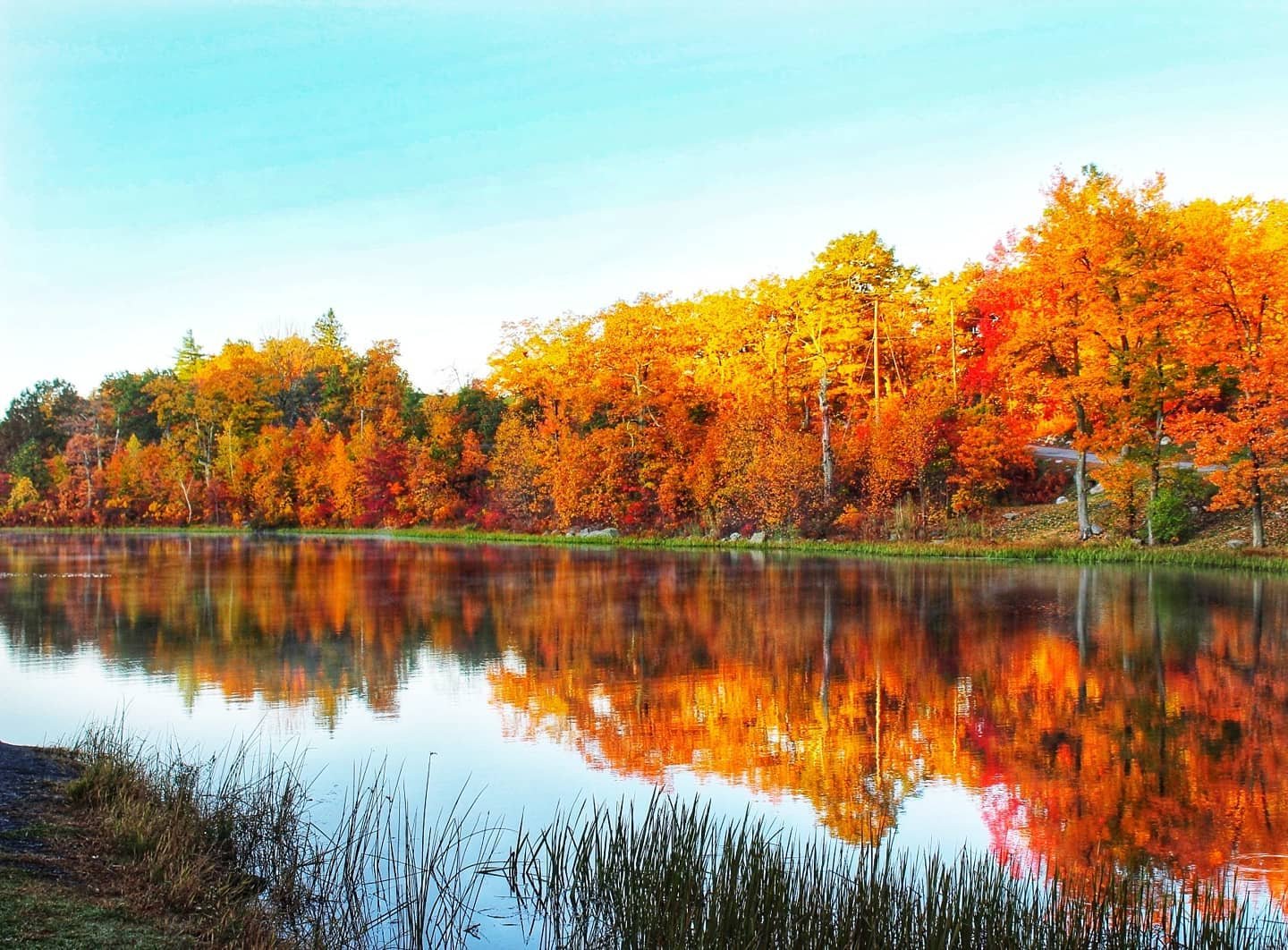 Why is Palermo a Golden city

In a previous article, we have already explored the beauty of the Appalachian Trail (A.T.) from Georgia up to West Virginia. But there are still more than 1,000 miles to go! This article brings you along the A.T. from Maryand to New York.

The Appalachian Trail crosses Maryland for 40.9 miles, with most of the trail following the ridgeline of South Mountain. In this state, the A.T. passes several historic sites, gentle terrain, and lovely vistas. One of the most famous overlooks is Weverton Cliffs: A three-state panoramic vista where hikers can enjoy stunning sunrises and sunsets with views of the Potomac River below, overlooking Maryland, Virginia, and West Virginia. Another must-see spot is Annapolis Rock, which offers a fine view of Greenbrier Lake and Cumberland Valley to the west. In Maryland,  the A.T. is home to the original Washington Monument, which features the first monument to the nation’s first President. The southernmost three miles follow the historic Chesapeake & Ohio Canal Towpath along the Potomac River, which are the flattest three miles of the entire trail. Maryland’s lowest point along the trail is 261 feet at the Potomac River, while the highest point is near High Rock with an elevation of 1905 feet. The whole state can be hiked in three to five days.

The 229.3 miles of A.T. in Pennsylvania pass through historic landmarks and ascend to scenic heights along Kittatinny Ridge, a critical natural asset in the state. Elevations on the Appalachian Trail in Pennsylvania range from 320-2,080 feet above sea level. Due to the rocky terrain along the A.T. in the north, Pennsylvania is often nicknamed “Rocksylvania.” However, the state also offers some smooth and gentle terrain in the southern part, including the Cumberland Valley. This is why the northern two-thirds of the trail section in Pennsylvania are considered to be very difficult, while the trail in southern Pennsylvania’s Cumberland Valley is generally easy and flat. Cumberland Valley is also the longest valley crossing on the A.T. A famous highlight on the trail is the Appalachian Trail Museum, which is housed in a 200-year-old mil in Pine Grove Furnace State Park. The museum is entirely dedicated to hiking and is devoted to early founders of the trail, Benton MacKaye and Myron Avery, as well as some of the early pioneer thru-hikers. Since the A.T. in Pennsylvania passes through lands managed for hunting, it is better to avoid visiting during the fall season. But if you really want to hike the A.T. during that time, you will have to wear at least 250 square inches of fluorescent orange material on the head, chest and back combined, or a fluorescent orange hat. One curiosity: The first person to hike the entire Appalachian Trail back in 1948 was the Pennsylvanian hiker Earl Shaffer!

In New Jersey, the A.T. crosses 71.6 miles of land and includes moderate elevation changes, varying from relatively flat and gentle to short, steep, rocky pitches. In this state, the trail originates at Delaware Water Gap National Park, where the Kittatinny Mountains and the Delaware River merge together in a unique view. The trail passes in close proximity to New Jersey’s major cities and is home to several points of interest. The Wallkill National Wildlife Reserve is an interesting area where it is very common to see the state bird, the eastern goldfinch. Another must-see spot is Worthington State Park, which includes 70 miles of trails with gorgeous natural areas, such as the Delaware River and the glacial lake Sunfish Pond. Other spots to consider are Buttermilk Falls (New Jersey’s highest waterfall), Sunrise Mountain Road, High Point State Park (home to the highest elevation in New Jersey), and Stairway to Heaven, which brings you to one of the best viewpoints in NJ: Pinwheel’s Vista.

The A.T. crosses the state of New York for 93.3 miles, ranging from paved paths and sidewalks to crossing the boardwalks of the Great Swamp. The proximity to New York City makes this stretch of trail particularly beautiful. For example, near Harriman State Park hikers can enjoy woodlands and the quiet of nature with occasional views of the Manhattan skyline. The A.T. passes through numerous state parks, including Sterling Forest State Park, Harriman State Park, Hudson Highlands State Park, Clarence Fahnestock State Park, and Bear Mountain State Park. This last park is famous for the Trailside Museum and Zoo at Bear Mountain, which is the lowest elevation point on the entire A.T. (124 feet). Additionally, Bear Mountain State Park is where the very first section of the Appalachian Trail was completed in 1923.  An interesting spot located close to the A.T. is West Point, the U.S. Army’s famous military academy, located at a point on the west bank of the Hudson River.