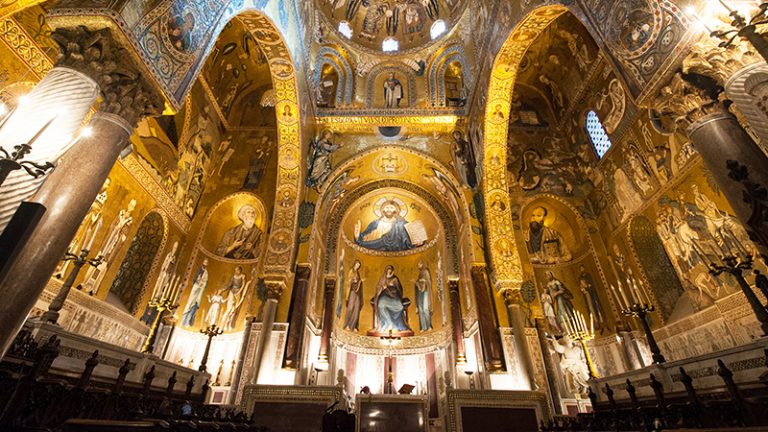 Why is Palermo a Golden city

First passport with ‘X’ gender issued in the US

Those who have never been to Sicily will never know what is to admire the true beauty. Sicily is an authentic land, where cultures, peoples, and traditions met and gathered together. During the years, this region welcomed and preserved its marvelous treasures. From authors to politicians and philosophers stopped here to cherish this land that acted as the center of a compass, whose cardinal points met in the frizzy and multicultural air. Palermo is the city that represents the best of this spirit.

During its history, Palermo has been the most conquered city worldwide. It was founded by the Phoenicians between the VII and the VI century b.C. and named Zyz “flower”. Then Greeks called it “Pan-eormus”, which means “all harbor” , and then “Banarm” by Arabs. The city’s history is full of crucial events and populations that inhabited the region. In the V century Greeks arrived in Sicily and stayed in the eastern part. They never got particularly interested in Palermo. Romans arrived in the city just in 254 b.C. and continued being a Mediterranean economic city until the barbaric invasions.

The Germanic Sicily witnessed the fall of the Western Roman Empire, caused by Vandals, Alans, and Suevi invasions. In 535 a.C., after the Goths War, Emperor Justinian decided to conquest again the region. During the Byzantine period, Sicily was a “theme” of Constantinople, a province of the Eastern Roman Empire. Nevertheless, the impoverishment of Byzantine Empire and its scarce military force brought to the Arab conquest in 831 a.C., as for Messina and Modica.

In 1071, after the Arab sovereignty and the long-lasting intern fights between Muslims and Christians, the Normans arrived in Palermo guided by Ruggero I di Altavilla, first Norman count. With him, the Golden Era started and this brought a major architectural change to the entire city, with an increasing number of Christian buildings. Under the Normal reign, Palermo achieved its greatest splendor, the peak of which happened with Ruggero II.

Even if Byzantines had arrived in Sicily before the Normans, the latter were those who used the best the architectural and artistic techniques of the byzantine mosaics to decorate the Christian buildings. Palermo becomes a real and proper Byzantine bulwark.

The mosaics were not used for religious reasons, but for symbolism and expressiveness. Indeed, King Ruggero, living the city golden era, felt the need to make this sovereignty splendor immortal, conceiving himself and his reign among the greatest Eastern emperors.

However, the Greek mosaics technique was modified on the basis of Normans’ needs. The monumental aspects of the buildings covered by mosaics are due to their precious images. These last ones indeed, despite their bidimensionality, still surprise the visitors and tourists with their solemnity. Undoubtedly, the laminated borders in gold and silver give even more the impression of preciousness.

The Palatine Chapel is a real treasure from an artistic point of view. It is an excellent example of mosaic art used by Normans. Built between 1132 and1140, it was destined to be the court chapel. Tiny and precious. Maybe its tininess and little dimensions are what makes it even more beautiful. On the site magnusedizioni.it, it can be read that “Every element of the space is decorated and made precious: the walls are covered by the white marble and mosaic encrustations; the pavement is composed with marbles of different colors set in geometric figures”.

The depicted scenes represent God’s life, Genesis episodes, Apostles and all converge to the central cupola, where the Pantocreatore (God that can all) is portrayed, surrounded by angels and evangelists. The scenes depicted can be symbolically represented parallelism with Ruggero’s sovereignty and power.

This church was founded by the counselor of King Ruggero. The cupola is decorated with mosaics that depict Christ on the throne surrounded by archangels. The Saints, Martires, and Saint Warriors decorate the arches, while on the west wall there are votive mosaics that show Ruggero’s II coronation by God. It is impossible not to be surprised by the refined and delicate techniques used here for this marvelous church.

In conclusion, it can be said that the whole richness of the city resides in the preciousness of the treasures spread in the city. Mosaics form part of the great tradition of Palermo and of Sicily in general. Then, it is clear that Normans left us a majestic heritage that we have to preserve and care every day.