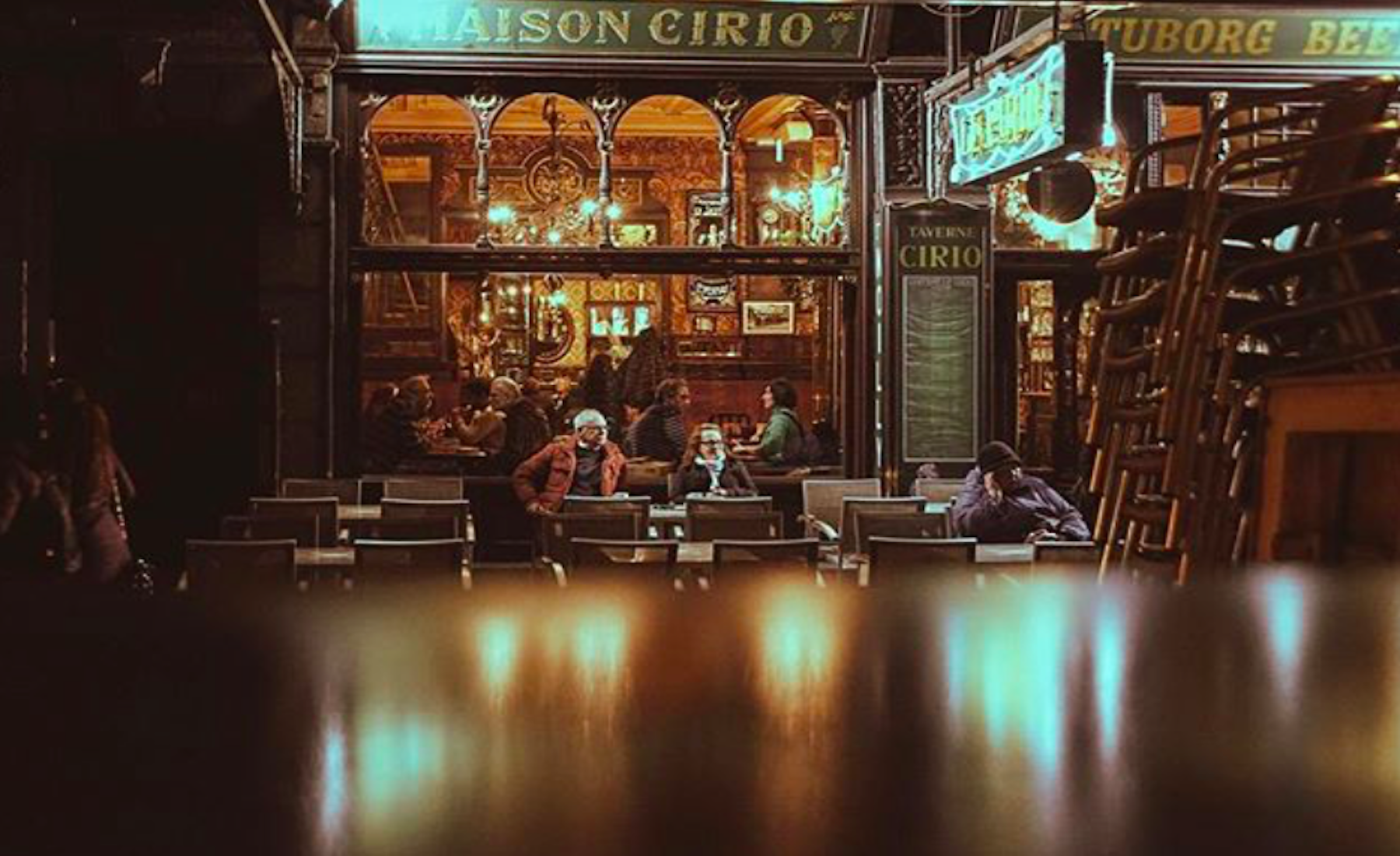 4 Traditional taverns you have to visit in Brussels

What is the path forward for tourism?

10 Beautiful Mosques in the World

Ride your bike a few miles southwest of Brussels and your nose will tell you something unique about Belgium: beer is brewed everywhere. What better place to enjoy a lambic or an abbey beer than in one of the traditional bars or estaminets in downtown Brussels. Some people believe the word estaminet comes from the Dutch expression, ‘sta mijnheer,’ which means ‘stand up, sir,’ which was used whenever you raised your glass to cheer. A definite explanation remains unclear, but the word is now used to describe a traditional tavern. A place where you can meet friends and have a beer. Let’s explore some of the most emblematic in the Belgian capital.

The Maison Cirio was created by Piamonte-born Francesco Cirio — the Italian founder shared the same origins as the famous tomato canning company Cirio. The restaurant dates from 1886 but some of its decoration is of somewhat later manufacture. The chairs’ and tables’ legs have wavy plant-like shapes, emblematic of the Art Nouveau style. The walls are covered by a a thin layer of leather, which has been worked in high-relief. At the beginning of the XX century, many theaters used to have their doors open in the area. Theater buffs used to come in droves and enjoy a drink at the Maison Cirio or any of the other bars nearby after having seen a play. During the Big Depression things changed and people began to drink the famous “half-and-half”, a mix of white wine and sparkling wine. It was people’s way of wishful thinking. In their minds they were still drinking champagne.

Across from Maison Cirio stands the Bourse or Stock Exchange, a building whose first stone was brought from France in 1869, but shortly after the Franco-Prussian war started, the rest had to be shipped from England. Auguste Rodin was involved in the construction. Some of the external decorations on the left side of the building were produced in his workshop.

La Becasse or The Woodcock is on Rue de Tabora, and it dates from 1877. It took its name from the fact that the owners, the Steppe family, used to hunt woodcocks in one of the forests outside of Brussels. Here one can enjoy a glass of Lambic, a sweet beer typical of Brussels and surrounding area, brewed only by spontaneous fermentation.

At La Becasse is also possible to taste the Hette Kaise, the word in Bruxellois or Brusselaar dialect to describe the typical cheese of Brussels. The cheese is somewhat salty and thus is often mixed with Platte Kaise, or white cheese. The combination in turn results in the Potte Kaise, to which many a Brusselar will add chopped shallots for additional acidic flavor.

At the Impasse St. Nicholas, a narrow dead-end alley, one can find the door to Au Bon Vieux Temps. The bar has a cozy atmosphere with dim lights, low ceiling and old fashioned furniture. In the afternoon, a stained glass window with the image of Sainte Gudule and Saint Michel, patrons of Brussels, lets the soft rays of sunlight filter into the room. Lambic, abbey or trappist beers can be found on the menu.

Almost across from this estaminet, on the same alley, the offices of Spirou Magazine used to be located. Those were the offices where the famous character Gaston came to life in 1957 at the tip of pencil held by Belgian comics artist André Franquin.

Not far the Impasse St. Nicholas, one can find Rue des Bouchers, where Egyptian-French singer-songwriter Georges Moustaki once lived. The street was the direct inspiration to his book, La Petite Rue de Bouchers. On Rue du Finistere, one can indulge in the magnificent art-deco style of Taverne Esperance. The furniture’s upholstery is green with geometrical patterns; the chairs have ninety-degree angles, its armrests high and at the same level as the backrest. Here you can sit back and enjoy a “Jambe de bois” beer (wooden leg) accompanied with small cubes of aged abbey cheese. You can then move on to experiment with a glass of a double or triple-fermentation beer. There’s always something to discover in the pantheon of Belgian beers.