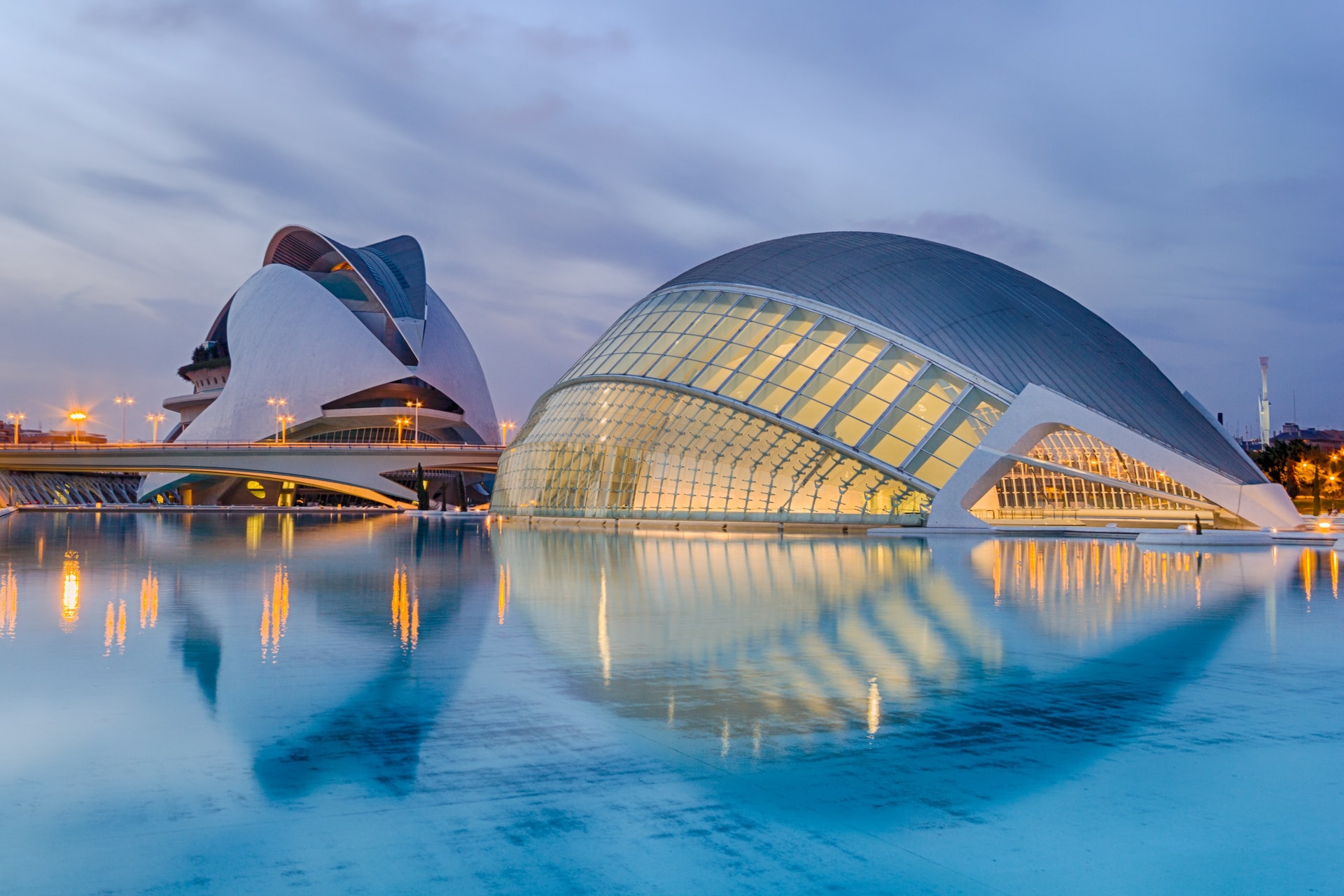 The port city of Valencia sits on the Southeast coast of Spain, where the Turia River meets the Mediterranean Sea. The vibrant city offers beaches, delicious cuisine and abundant culture and shopping, and is unsurprisingly a popular destination with holiday makers, whether for the city itself or the beaches. There is plenty to do, so here are some recommendations for where to start.

Like most historic cities, the old town in Valencia is a great place to start, so a morning wander through the cities beautiful streets is first on the list. With more than 2,000 years of history, there is lots of varying architecture to admire, and as one of the largest historic centres in Europe you can wander for hours should you wish to! There are a few particularly impressive buildings to note, such as the Basílica de la Vírgen de los Desamparados (Basilica of our Lady of the Forsaken), the Valencian Sistine Chapel Iglesia of San Nicolás and Lonja de la Seda, a Valencian Gothic-style civil building which was the Silk Exchange. There are also several beautiful squares like Plaza de la Virgen. Wandering to the southern side of the old-town you will also see the Neo-Mudéjar Plaza de Toros (bullring) and the spectacular ticket hall of the Estació del Nord (North Station).

Valencia Cathedral or Catedral de Santo Cáliz (also La Seu de València), is an impressive gothic cathedral and Bell Tower (El Miguelete) in the centre of Old Town, dating back to the 13th and 14th centuries with renaissance, baroque and neoclassical modifications having been made over the following few hundred years. A beautiful structure from the outside, the inside of the Cathedral houses 15th-century renaissance paintings by artists such as Jacomart, Maella and Goya, as well as several from Rome commissioned by Pope Alexander VI. It also houses the Chapel of the Holy Chalice, which is controversial as the altar is one of a few chalices claimed to have been used by Jesus to institute the Holy Eucharist at the last supper. Dated by archaeologists to between the 4th century BC and 1st century AD, no scientific analysis of the agate vessel has yet been made.

Valencia Central Market is located in one of the most emblematic modernist buildings in the city, and is filled with stalls of top-quality fresh food, an essential visit for any lover of food or architecture, and a great look into mediterranean life. It is the largest market with fresh produce in Europe, covering a huge 8,000 square metres, and the building itself is full of decorative references to the orchard and gardens of Valencia. The structure is formed by iron columns, tiles and stained glass, and receives a mixture of locals and tourists to its thriving market.

Paella, the famous Spanish rice-based dish, originates from Valencia so is a must-try on any visit here. It is also perfect for lunch, to refuel for your busy afternoon of sightseeing. Many restaurants all over the city serve Paella, but be warned in most places (the good ones) you will need to order the dish for minimum 2 people, as they are not small, and they take a while to cook so set aside a good amount of time for lunch (in the true Spanish way!). Reservations are a good idea to avoid a wait, and it is worth the organisation as a good Paella is delicious. The ingredients used in Valencia are usually local, from the rice grown in huge fields north and south of the city, to the precious saffron that flavours it.

Leaving old town towards the City of Arts and Sciences, take a brief stop to appreciate the Serranos Towers. The construction of these structures began under the supervision of Pere Balaguer in 1392, designed as a triumphal arch and to defend what was then one of the busiest city gates of walled Valencia. When the city walls were knocked down in 1865, the towers were saved from demolition and used as a prison from 1586-1887. The Towers are a great example of the gothic architecture of Valencia.

Following the continued flooding of the River Turia and after a particularly bad flood in 1957, the course of the river was diverted in the 1980s, and a section of the riverbed was turned into nine kilometres of beautiful green space. The Turia Garden features interesting museums at both ends of the park, sports facilities, children’s playgrounds and 18 bridges, the oldest of these dating back to the middle ages. Several landscape architects were employed to build the gardens, and they are truly beautiful to explore. A great way to get to see as much as possible is to hire a city bike and cycle end to end, however a stroll through just a part of it is still a highlight of visiting the city.

An icon of Valencia, and easily spotted on many postcards of the city, is the City of Arts and Sciences building. Located in the Turia Garden in amongst weaving paths and water features, sits the impressive work of the Valencian architect Santiago Calatrava. The scientific and cultural leisure complex is enjoyed by tourists and residents alike, and covers around two kilometres of the former riverbed. Tickets are required to enter the Hemisfèric, the Science Museum and the Oceanogràfic, and you can buy them separately or combined for the buildings that you’d most like to visit. In summer there are outdoor concerts held here, and there is nothing like sitting in the garden watching a free concert, in the warm mediterranean air and beautiful surroundings.

Whether or not beach time is included in your itinerary is up to you, but there are several to choose from if you do. A popular choice is Malvarrosa, located just minutes from old town. A wide strip of golden sand stretches for a kilometre along the city’s seafront, and it was awarded the Blue Flag for all the amenities it provides, from lifeguard towers, a medical station, drinking fountains and showers, to its easily-navigable ramps and footpaths. There are also several permanent restaurants right on the promenade next to the beach.

As a vibrant city, Valencia has a great night life. Whether you are out for a late night or not, there are plenty of bars to choose from for an evening drink and some tapas. I highly recommend trying the Agua de Valencia, a local cocktail made from a base of cava or champagne, orange juice, vodka and gin. The delicious oranges of the region make for a lovely drink, and with the alcohol added they are dangerously drinkable! Most bars serve them, often in pitchers, and what better way to end the busy day than sitting on a terrace, cocktail in hand, absorbing the atmosphere of the Valencian night. 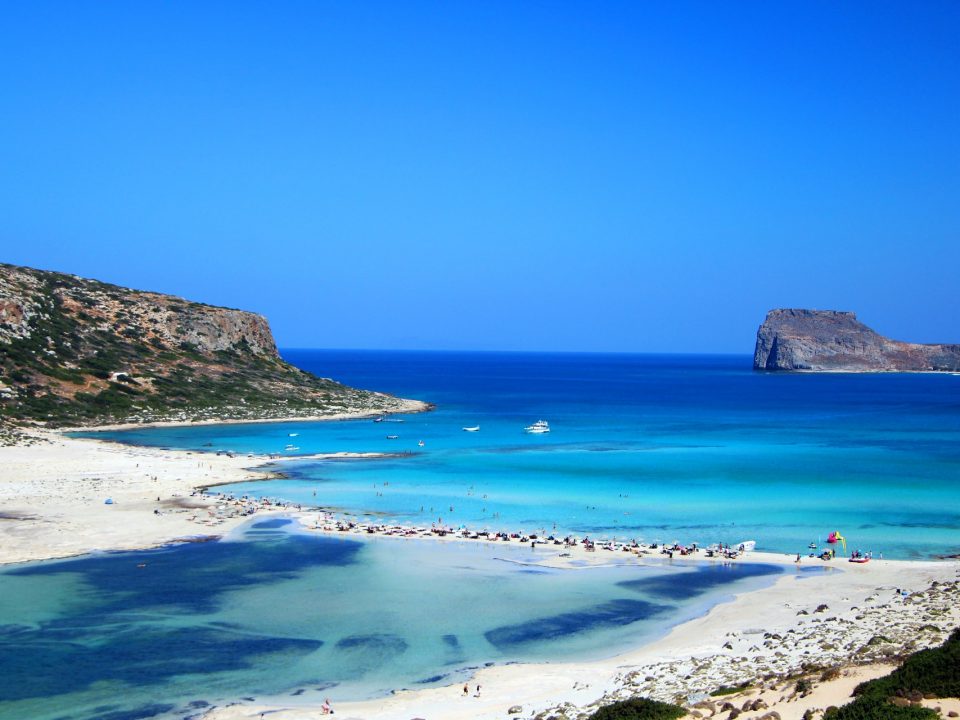 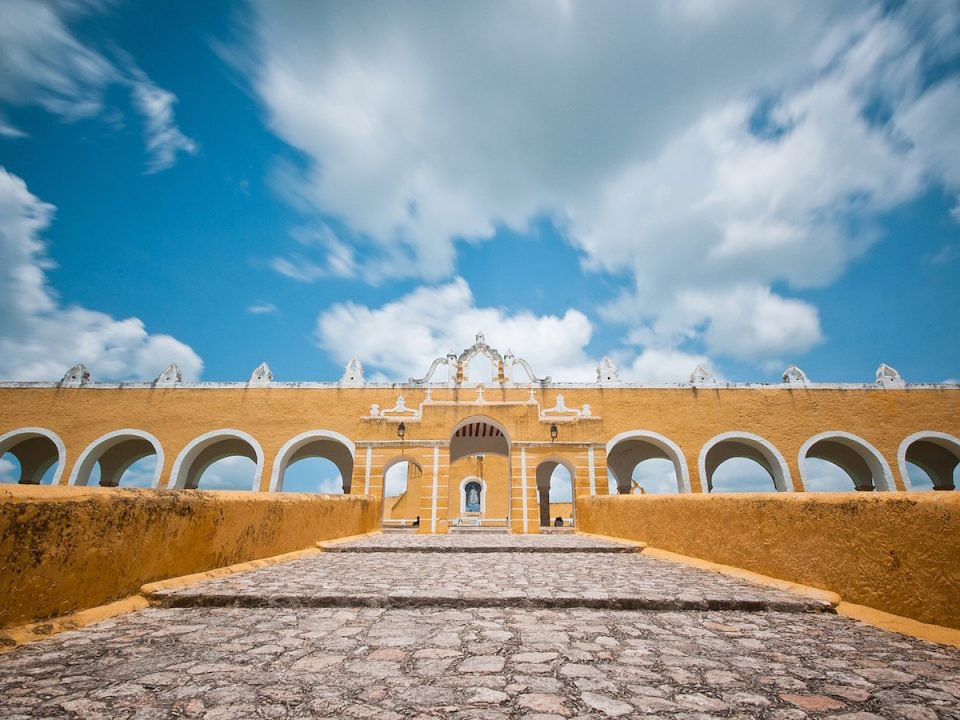