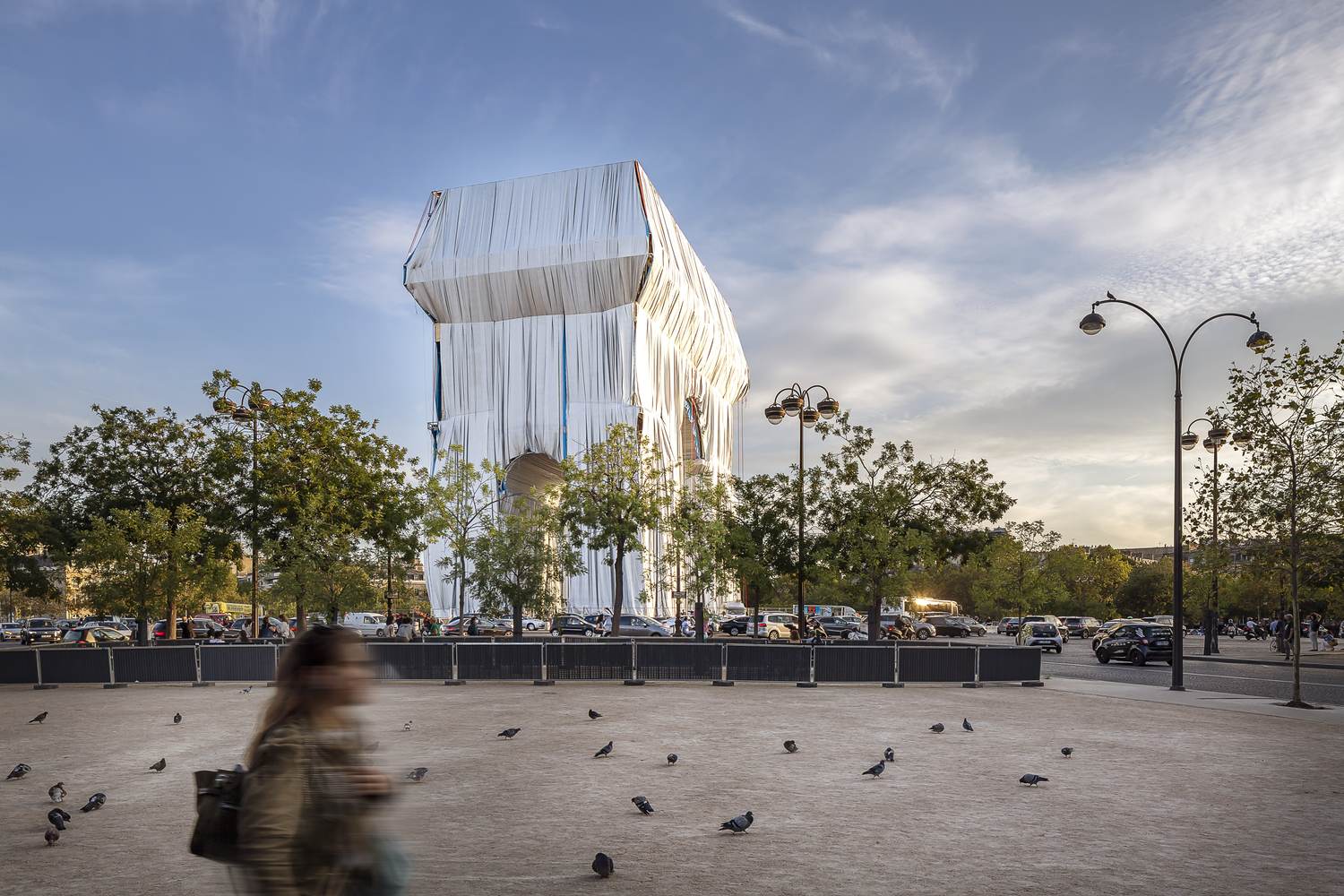 5 troglodytic cities to go and visit around the world

More than 25,000 square meters of canvas are to cover the Arc de Triomphe in Paris as a tribute to the late artist Christo Yavachev who first had that vision back in 1962, when he lived in an apartment just a few meters from the square. Announced as “L’Arc de Triomphe, Wrapped”, the emblematic monument will be wrapped in recyclable fabric from 18 September until 3 October.

Preparations around the Arch began in early September for the realization of Christo’s posthumous work of art – Christo was actually the name of the artistic duo formed by the Bulgarian artist and his French wife, Jeanne-Claude. When they imagined the work in the 1960s, they put the sketches in a drawer. They thought they would never be allowed to realize it.

They would eventually make a unique career in the art scene and replicated the Arc de Triomphe project elsewhere. They wrapped the Reichstag in Berlin and even the Pont-Neuf in Paris. The arch had remained unwrapped, until this year.

The idea to realize the project was launched in 2017 and duly approved by the Parisian authorities. In an interview given as recently as 2020, Christo revealed the difficulty of preparing the plans in just 18 months, since the design and planning of the Reichstag wrap took 25 years.

The project at the Arch was to have been realized in 2020, but it had to be postponed due to the pandemic. Already alone and without his creative partner – Jeanne-Claude died in 2009 – Christo seemed to anticipate what was to come. “My projects can be built without me,” he said in an interview.

The project has been overseen by the Bulgarian artist’s nephew, Vladimir Yavatchev. “Everything was designed by Christo down to the last detail and we have to stick to that,” he said to Reuters.

The installation will have a cost of 14 million Euros, paid in full with the sale of the preparatory studies and collages made by Christo, some of which were made in the 1960s. The work, just as he imagined it, will be unveiled on September 18th.