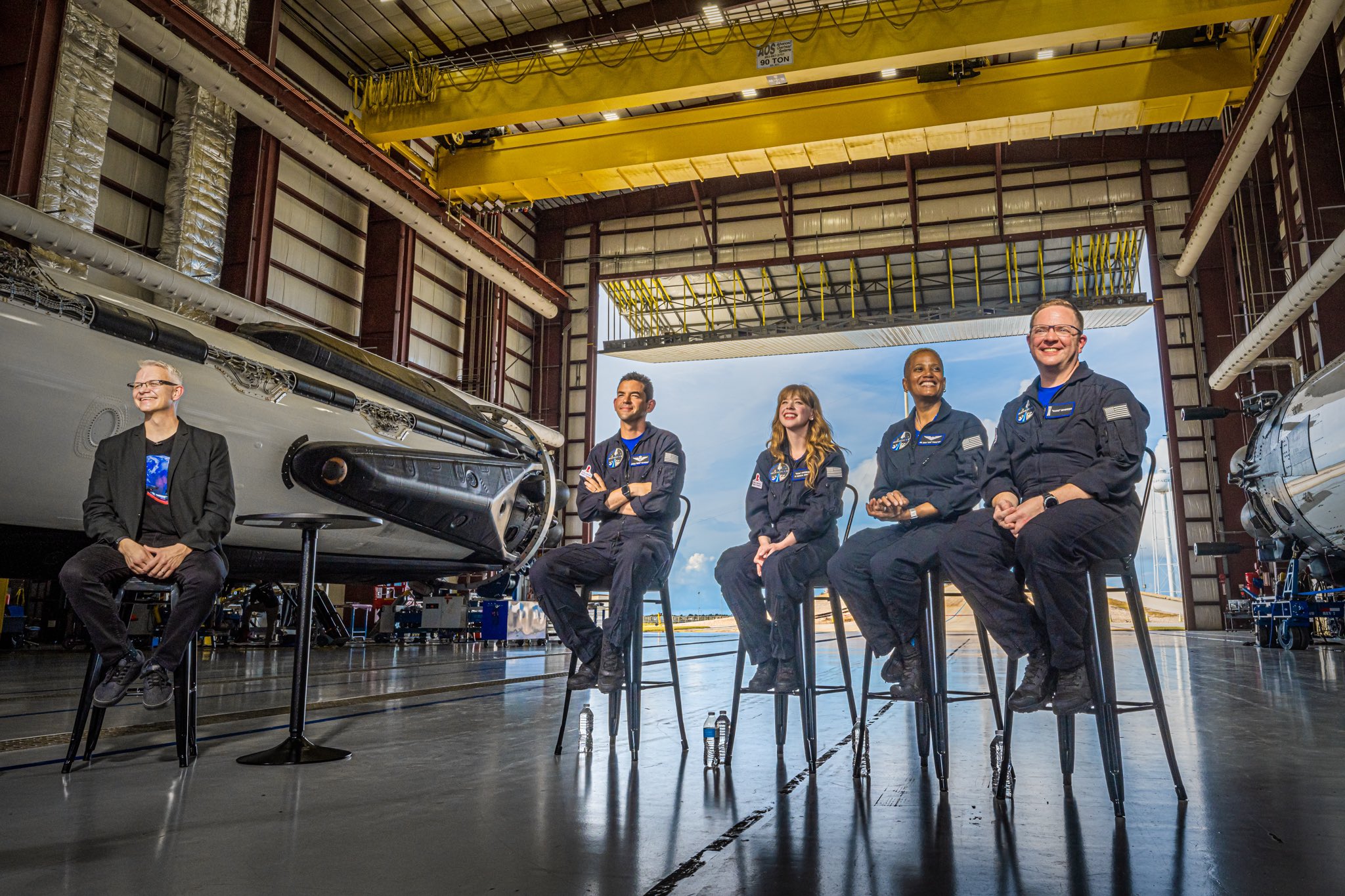 SpaceX is preparing to launch the first all-civilian crew into space inside one of Elon Musk’s reusable Falcon 9 rockets.

Contrary to the recent suborbital space trips of Jeff Bezos and Richard Branson, SpaceX is taking four civilians — Inspiration4 crew — who will actually orbit the Earth during three days on auto-pilot.

The Inspiration4 will be led by Jared Isaacman, 38, a billionaire who owns Ship4 Payments, a company dealing with transactions and is launching the space trip as part of a massive fundraising for St. Judes Hospital. Isaacman alone has disbursed €100 million, hoping to raise the double. However, the exact price he paid SpaceX hasn’t been disclosed, but it runs into the tens of millions of dollars.

The remaining crew counts with Hayley Arceneaux, 29, Chris Sembrovski, 42 and Sian Proctor, 51. Despite no real need to operate the spacecraft, Isaacman and Proctor are actual licensed pilots.

Two of the Inspiration4 crew  — Sian Proctor and Chris Sembroski — were chosen by winning a competition that was publicized through a commercial that ran during the Super Bowl this year. The 29-year-old was picked because of her job as a Physician Assistant for St. Jude’s Hospital, the charitable beneficiary of Inspiration4.

The crew is now ready for a mission far more daring and dangerous, than those from Bezos and Branson.

Once in orbit, the Inspiration4 crew will circle the globe once every 90 minutes at more than 17,000 miles per hour, or roughly 22 times the speed of sound.

The target altitude is 575 kilometers, or nearly 360 miles high, higher than the International Space Station or the Hubble Space Telescope.

The Falcon 9 rocket is set for blastoff from NASA’s Kennedy Space Center with a 24-hour targeted launch window that opens at 8 pm EDT (0000 GMT) on Wednesday, 15 September. That window will be narrowed, or possibly altered, a few days before, depending on weather.

When interviewed about the Inspiration4 mission, Elon Musk said this is an “important milestone” towards making access to space tourism “more affordable”.

There seems to be consensus within experts in the field that this civilian mission will bring about an impetus to another level of space exploration. In particular, Inspiration4 mission is important because three of the crew members are not wealthy, said Alan Ladwig, who ran NASA’s spaceflight participant program in the 1980s.

“It’s like somebody going out and renting a self-steering yacht and sailing off into space,” said Logsdon.