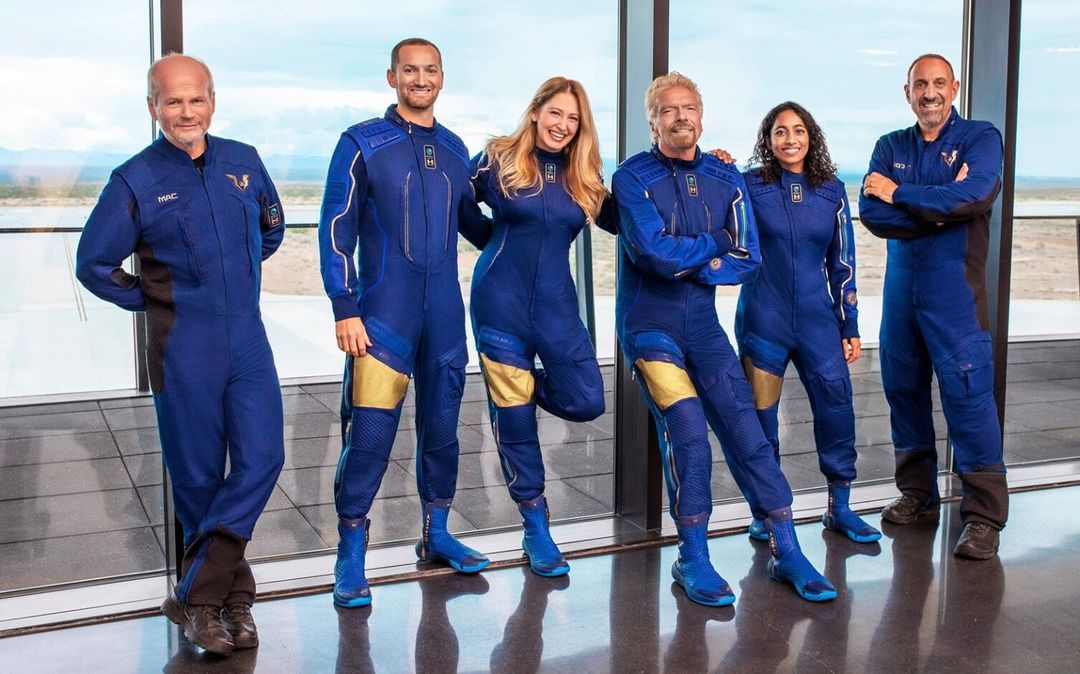 Space tourism has long been on the horizon, but in the last month it has become a reality. With both Richard Branson and Jeff Bezos having successfully travelled to space and back, the billionaires have shown that the technology for tourist visits to space is possible. However, not surprisingly these trips could come with a high cost to the already suffering climate.

Two recent successful trips to space have boosted space tourism. Firstly Virgin Group mogul Richard Branson took off and returned to Earth on 11th July, then on 20th July Amazon creator Jeff Bezos took off with his team in a six-berth capsule to experience three minutes of zero gravity before returning to Earth under parachutes. Many people already booking tickets worth hundreds of thousands of euros, and the number of planned trips is increasing. A Virgin Galactic spokesperson told EURACTIV the company aims to put on 400 trips per year in the long term and to add more spaceports around the world, while Bezos claims to have sold nearly $100 million worth of tickets for future passenger flights. Elon Musk is also trialling similar trips form his facility in Texas, and that’s just in the USA. We can’t assume other countries aren’t out to have the same adventures.

2. The cost to the climate

Every trip has a carbon footprint, and as tourists seem to be increasingly waking up to the environmental impacts of their journeys and the Covid-19 pandemic emphasises further the human impact on the planet, more and more holidaymakers seem to be looking at ways to minimise the impact of their holidays. Green tourism, eco tourism, sustainable tourism, the list goes on. But space tourism? That seems to be going somewhat in the other direction…

The wealthiest 1% are already responsible for around 50% of aviation emissions. That needs to come way down, but space tourism is going to add gigantic quantities of carbon and other pollutants into the upper atmosphere.

Space trips may sound impressive, but the negative effects on the environment are huge. Analysts from S&P Global Sustainable1 state that a commercial space launch using conventional fuel types generates 518 tons of CO2 emissions, the equivalent of one car travelling 1.8 million miles by land, or 74 trips around the equator. Furthermore, based on industry forecasts that there could be 250 launches per year by 2025, this amount could be up to 130,000 tonnes. Meanwhile a 2019 report by the Center for Space Policy and Strategy likened the space emissions problem to that of space debris, which the authors say creates an existential risk to the industry. “Today, launch vehicle emissions present a distinctive echo of the space debris problem. Rocket engine exhaust emitted into the stratosphere during ascent to orbit adversely impacts the global atmosphere,” they wrote.

3. Leaving a mess with space junk

This leads on to another issue regarding the increasing popularity of space travel: space junk. Space junk, or space debris, is any piece of machinery or debris left by humans in space. It can refer to big objects such as dead satellites that have failed or been left in orbit at the end of their mission. It can also refer to smaller things, like bits of debris or paint flecks that have fallen off a rocket.

On each journey to space parts of space ships are left behind, and if there are are more ships out there taking tourists back and forth, that means more debris left behind. Space ships that returns whole to Earth are needed, along with some sort of system to gather up existing space debris or force it to make a re-entry. It seems that similar to festivals and popular tourist spots on Earth, we need to encourage and enforce a ‘leave no trace’ ethos.

4. How much space junk is there?

While there are about 2,000 active satellites orbiting Earth at the moment, there are also 3,000 dead ones littering space. What’s more, there are around 34,000 pieces of space junk bigger than 10 centimetres in size and millions of smaller pieces that could nonetheless prove disastrous if they hit something else.

4. Possible benefits for the climate

When we are talking about access to space, if this becomes more and more popular, we are thinking to remove or to reduce the costs to put sensors in orbit. If you ask me if I’m concerned, of course, I’m concerned with the fires here in the south of Europe, because this is a big problem, but I’m also looking at this as an opportunity that the technology can tackle these problems.

Of course there are those that argue the contrary, that space missions could in fact help tackle climate change. Some claim more reuse and recycling in space technology will be beneficial, Bezos himself says that space tourism missions allow companies to practise over and over again to help build circularity. There is also the argument that space trips will enable an increase in the use of satellite observation to track global warming, with better space technology development lowering the cost of sensors and enabling the launching of smaller, cheaper crafts to provide real-time data on climate change. This could be important regarding quicker warnings for extreme weather and better modelling on the impact of climate policy. However, it is not just about predicting climate change, it is about preventing it. Is it possible to do that, as the popularity of space tourism takes off?