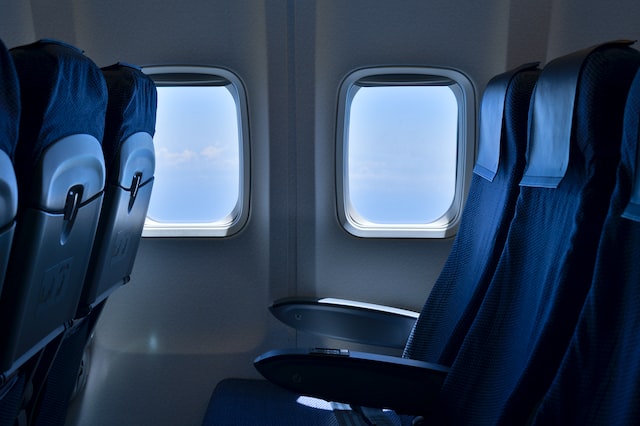 Changes in aviation are a constant theme in the quest to offer a better user experience. Design may change on the outside for safety reasons, or on the inside for comfort reasons, among others. But those decisions could change the future, especially for economy class flights.

It is incredible to think how a small button that modifies the orientation of the seats causes so much echo and causes more than one headache to both passengers and flight crew, to the point of considering its elimination. In the past this button was present and available for use on all airlines. But as time went by, seat reclining became a source of controversy. Today there are many flights that, to save themselves the hassle, disable this option.

The complex system of the seats keeps a discreet mechanism under the cushion where there is a pivot and a series of cables connected to the side button of the armrest, in addition to having a plastic cover that is responsible for restoring the seat to the vertical position in which it was originally located.

This mechanism, however, has presented airlines with a number of problems, mainly cost, so removing the buttons has become an option. What are the reasons? First of all, the natural wear and tear of many parts of the aircraft, and the maintenance for the repair of reclining seats.

Although it may not seem like it, every detail counts, and the mechanism adds extra weight to the aircraft. Some modern seats can weigh between 7 and 10 kilos. Reducing the weight on each flight means fuel savings, which is very convenient for airlines.

When someone feels that his or her seat is being invaded and arguments between passengers arise, the attendants have to act as mediators, and flights have even been diverted to deal with these altercations. For example, in the United States there were reports of the use of a device called “knee defender” that prevented passengers from reclining the seat in front of them and ended in more than one dispute between users, according to the Associated Press.

A modification and a marketing campaign to announce the elimination of the buttons on the armrest and the arrival of pre-reclined seats were enough to make the seats lighter, setting their angle at an intermediate one, so that they were not so upright, but not so reclined either.

This measure was initially implemented by low-cost airlines, which are characterized by offering flights that require only a few hours of operation, as well as eliminating unnecessary functions inside the aircraft.

This change in the seats has also implied a thinner backrest, giving the sensation that there is more room for the knees of the people sitting in the back, to the benefit of the comfort of the users in general.

Low-cost airlines have not only implemented these changes in the shape of the seats, but full-service airlines have also opted for these special seats in their aircraft fleets. This has also allowed them to sell first class seats with more legroom and a better recline, of course, for an additional cost, since for economy class the seats available would be the aforementioned pre-reclined seats.

The debate on whether the change in the shape of the seats is positive for passengers could have different points of view depending on whether it is a short or long-haul flight. While it may be possible to avoid arguments by making the person in the back uncomfortable, on trips that require many hours it may be tedious to stay in the same position.