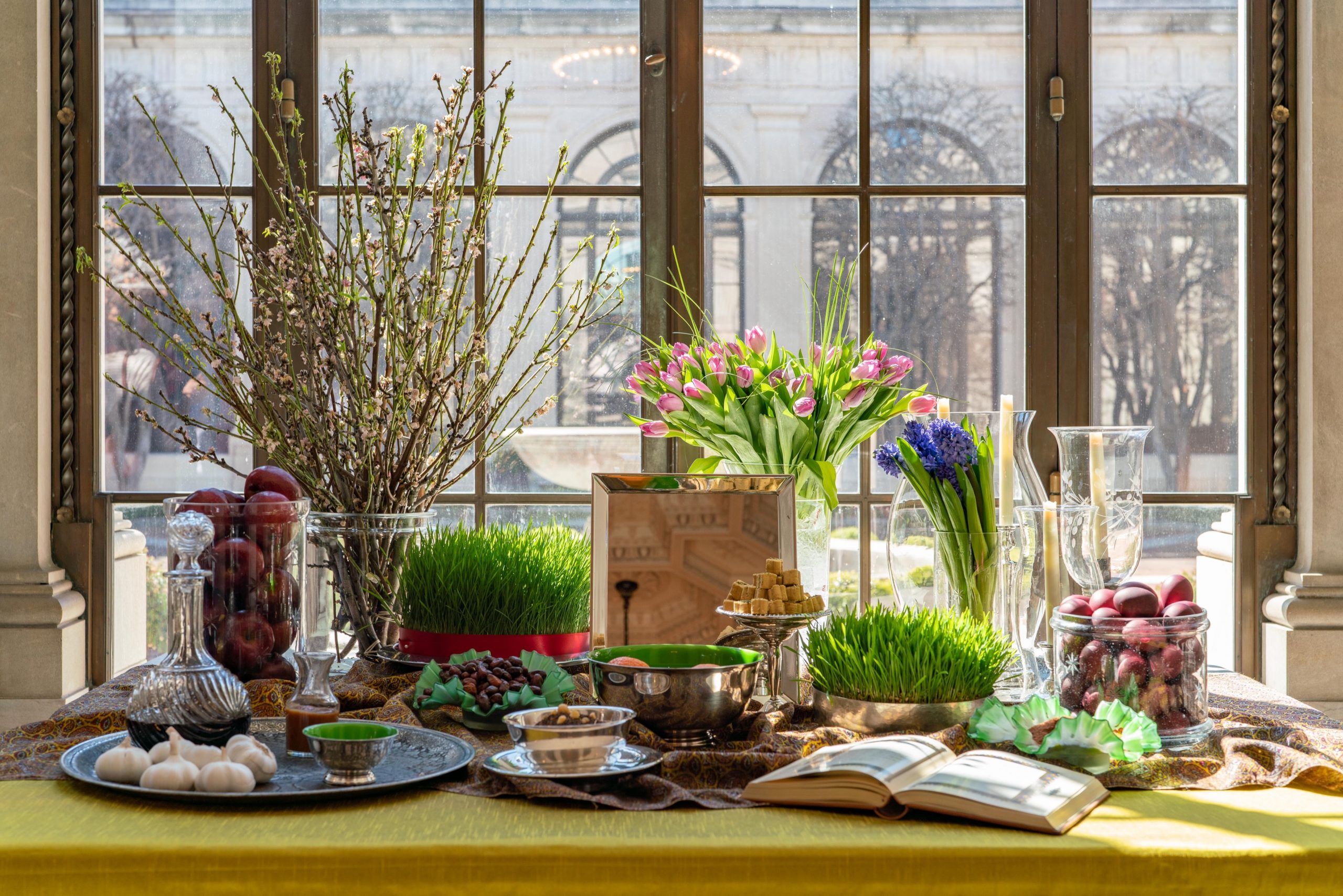 What and where to eat in Braga?

Francisco Amaral: “An image of confidence and safety is what we need to give to our tourists”

Nowruz is an important celebration for many around the world. Meaning ‘New Day’ in Farsi, Nowruz is the national New Year festivity celebrated in Iran and Afghanistan, the Kurdish regions of Iraq, Turkey and Syria, as well as throughout Central Asia. The springtime celebration symbolises rebirth and the link between humans and nature, and the two-week long celebrations involve seeing relatives, picnicking, travelling and eating traditional food. Nowruz is associated with many ancient myths, traditions and symbols.

Nowruz begins at the spring equinox, when the sun crosses the equator and day and night are of equal length. The spring equinox usually falls between the 19th and 21st March, depending on astronomical calculations, and this year in 2021 it is Saturday 20th March.

2. The history behind the festival

Nowruz is part of Zoroastrianism, a Persian religion founded by Zoroaster (or Zarathustra), whose collections of religious teachings are known as the Avesta and form the foundation of Zoroastrianism. The religion predates Christianity and Islam to the first millennium BC. Nowruz itself dates back thousands of years, with current estimates showing it to be at least 3,000 years old, when the Persian empire extended beyond the borders of modern Iran. It is not mentioned in the Avesta.

Through the centuries Nowruz celebrations have developed and expanded, accumulating more social, religious and cultural influences and spreading to an estimated 300 million people. It has also survived centuries of conquests, from the seventh and eighth century Arab invasion of the Persian world to those of former Soviet republic governments in Central Asia, from the Taliban in Afghanistan to secular authorities in Turkey, Syria and Iraq, which have tried to curtail Kurdish cultural identity. Nowruz celebrations continue to thrive.

The central theme of Nowruz is a celebration of spring and a time for rebirth and renewal. Street singers or Haji Firooz mark the arrival of Nowruz, wearing colourful outfits and playing tambourines. The blacken their faces with shoe polish or a mixture of soot and fat to represent a fictional character in Iranian folklore whose roots are ambiguous. Traditional stories range from Haji Firooz as a character watching over the eternal flame of ancient Zoroastrians, to him being a black slave who entertained during the New Year in the Sassanid period (224 to 651AD). However it is most likely he was one of the estimated two million black slaves brought to Iran from Africa in the 19th century Indian Ocean slave trade.

Each country celebrating Nowruz also has their own specific traditions, with different cultures adding their own elements.

In Afghanistan the main event is Guli Surkh, the Red Flower Festival in the northern city of Mazar-i-Sharif. Buzkashi tournaments, a national sport similar to polo, are held there during the first 40 days of the year, with a goat carcass used instead of a ball.

In Iran, preparations begin weeks before the start of spring, with house-cleaning (khaneh takani) and families growing sabzeh (wheat, barley, mung bean or lentils) in a dish. When these sprout a few weeks later, the dish is placed on the Haft-seen table, the focus of Nowruz observance. It is joined by six other symbolic items starting with the Persian letter ‘seen’ or S, making seven, a sacred number in Zoroastrianism. These include:

Other items on the Haft-seen include a mirror symbolising reflection, coloured eggs for fertility and goldfish in a bowl representing life. There is also usually also a book by Persian poet Hafez (1315-1390) or the Quran, which reflect Nowruz’s power to blend its ancient roots with more recent religious and cultural traditions.

For all those celebrating Nowruz, the first day is when families gather at the home of their oldest family member. The traditional New Year meal includes sabzi polo mahi (rice mixed with herbs and served with white fish), ash reshteh (a thick green soup with noodles, chickpeas and beans) and kuku sabzi (vegetable frittata). Pastries include baghlava, toot (mulberry), naan-nokhodchi (chickpea cookies with pistachio) and ajeel (dried berries and raisins).

The last Tuesday evening before Nowruz is the celebration of Chaharshanbeh Soori, the symbolic burning of all that was negative from the previous year and looking forward to a new beginning. These celebrations also feature qashoq zani, when children knock on neighbours’ doors banging spoons on cooking pots to receive sweets. Firecrackers have also recently become part of Chaharshanbeh Soori celebrations. Festivities end 13 days after the New Year with Sizdeh Bedar, translated as either ‘getting rid of 13’ (a symbol of bad luck), or ‘to hit the road’. People head to open fields, plains, parks and riversides to picnic, taking with them the sabzeh they have grown, which they throw into the river or fields to symbolise giving back to nature.