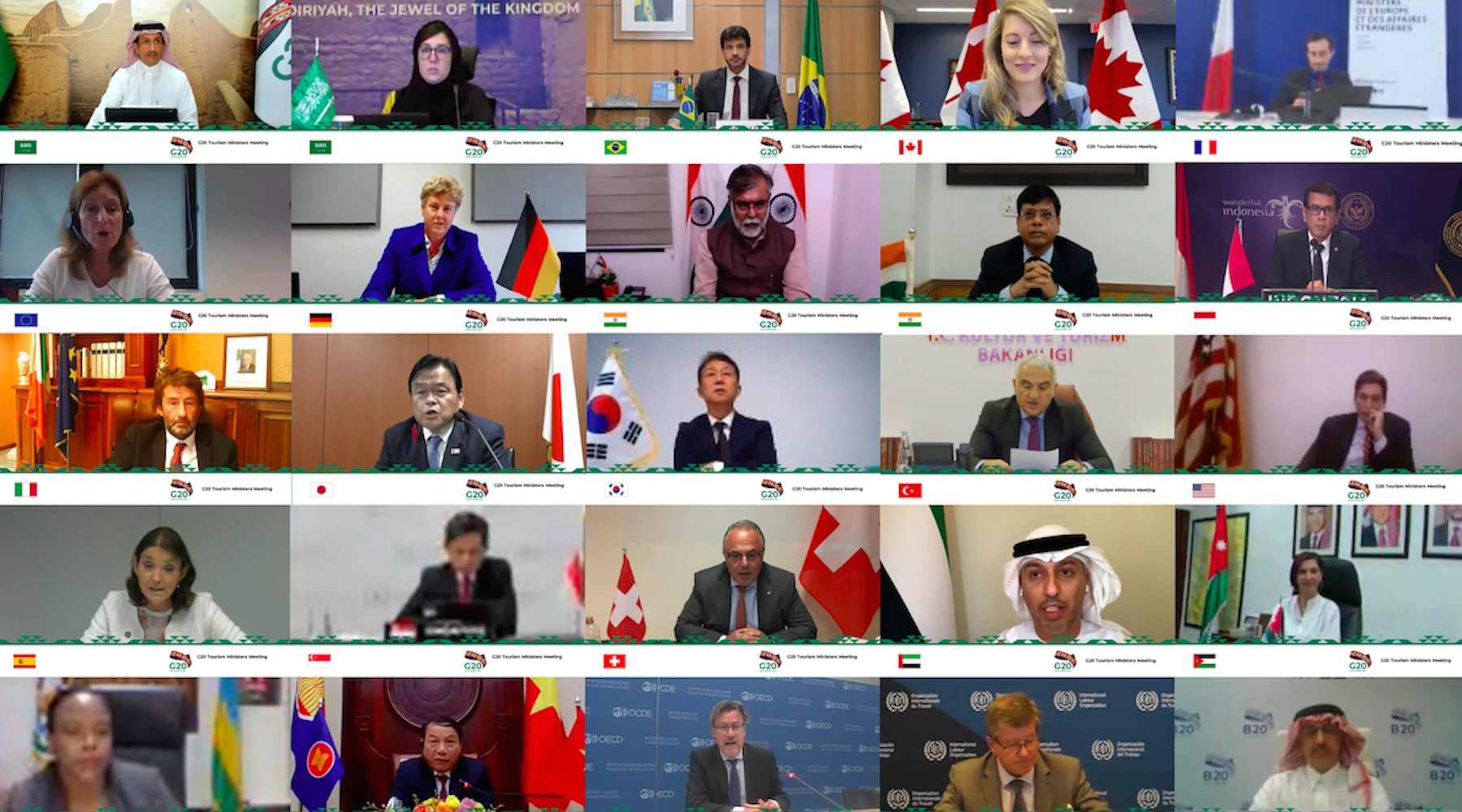 Mazda in the spotlight: 100 years of history at Autoworld

G20 Tourism Ministers hosted more than 45 CEOs and Members of WTTC, who presented their plan to save the embattled Travel & Tourism sector and 100m jobs globally. During their G20 Chairmanship of the Tourism Track, Saudi Arabia requested the collaboration of the global travel and tourism sector on developing insights to help accelerate the global recovery. As a result, the WTTC presented a plan which aims to restart international Travel & Tourism and recover 100 million jobs globally.

The CEOs used the historic forum to outline what they believe could be a game changing new 24-point plan that would save the struggling sector.
According to WTTC’s economic modelling, around 100 million jobs could be saved through strong international collaboration, eliminating travel barriers and an international testing protocol at departure, amongst others.

“This plan will have far reaching consequences,” said Gloria Guevara, WTTC President & CEO. “It will bring real and genuine benefits to the industry as a whole – from aviation to tour operators, taxis to hotels and beyond.

“It is critical that governments and industry work together to safely re-open borders with systematic COVID-19 testing. Some 46 million jobs are at risk,” said Alexandre de Juniac, IATA’s Director General and CEO. “The historic participation of industry in this G20 Summit is a good start to the government-industry partnership that will be needed to revive the travel and tourism economy on which 10% of global GDP depends.”

At the request of Saudi Arabia, WTTC presented the recovery plan which includes twelve points for the private sector and twelve for the public sector, focusing on measures to reactivate international travel.

“Covid-19 has led to the worst crisis in the history of commercial global aviation,” said Alex Cruz, Chairman and Chief Executive of British Airways. “To ensure the industry’s survival we are calling for a common global approach to testing and the creation of regional air corridors so that we can get more flights back in the air, and the global economy moving, as soon as possible. Governments must act fast and work together before it’s too late.”

The unprecedented plan was pulled together with input from WTTC Members and covered a wide range of initiatives which hinged on securing international coordination to re-establish effective operations and resume international travel, including the implementation of an international testing regime at departure to minimize the risk of spreading COVID-19.

“There are three essential steps required to solution that minimises the risk of infection whilst getting the world’s economies moving again,” said Paul Griffiths, CEO of Dubai Airports. “A common testing procedure that is quick, accurate and easy to administer, a unified approach to testing, isolation and protection protocol and the establishment of bilateral agreements between countries, agreeing to adopt these measures. We need to act now to make travel safe again.”