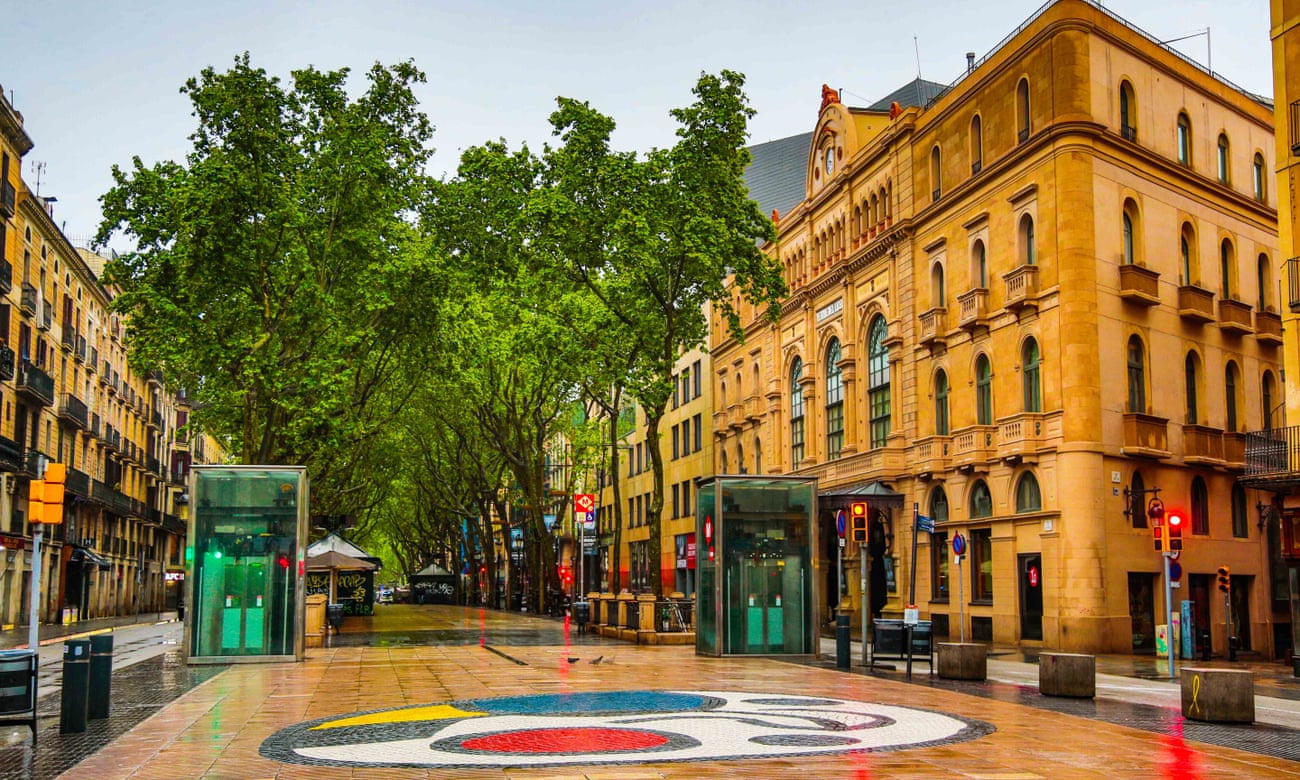 One problem which has been clearly highlighted by the Covid-19 pandemic, is overtourism. Destinations frequently over saturated with tourists have, as a result of travel restrictions, found the tourism income on which they have become reliant, stopped abruptly. For many places the effects of this have been devastating on their host communities, and how they will recover and build back in the future is a number one concern. One such place is Barcelona, which is reinventing itself and hoping to set an example for other struggling cities.

Usually grappling with #overtourism, #Barcelona‘s formerly packed streets remain empty during the #COVID19 lockdown as the no. of cases in #Spain rise to 239,639 as of April 30. Despite this, there is a strong belief that the city will bounce back soon. https://t.co/nAq8N5zmgJ pic.twitter.com/0Kosp1uo5B

1. A city in trouble

Barcelona has suffered greatly with overtourism, specifically La Rambla, its busiest boulevard located in Ciutat Vella, the oldest and most-visited part of Barcelona and a neighbourhood which saw locals forced out as it became increasingly dependent on tourists. Since the first lockdown in March this year, many businesses there have not reopened and many never will, especially considering the latest lockdown measures. The area is emptying as businesses close and people leave, and although attempts are being made to lower the high rents to attract locals back, issues with landlords make this difficult.

Before the pandemic, there were an estimated 100 million journeys made along La Rambla each year, and city-wide tourism makes up around 15% of the GDP. Jordi Rabassa, councillor for Ciutat Vella, explained, ‘The crisis has exposed the weakness of a model based on one economic sector, tourism’. He said, ‘La Rambla is the centre of this economic monoculture, and we’re working towards bringing local people back to the city’s most emblematic street’.

In parts of #Barcelona – like here in the Gothic Quarter – the #overtourism is so intense that locals have to barricade squares to stop tourists from coming in and to give kids a place to play outside their school. Or so I learned filming @lifesizedcity #masstourism pic.twitter.com/o4ZGVtXMXz

2. The planned transformation of La Rambla

In response to this, Barcelona has created an ambitious project which aims to reclaim public space for its residents, starting with La Rambla, which it intends to turn into a cultural hub. Speaking about this new plan, Rabassa said, ‘Ciutat Vella can be a role model of how to move from a monoculture to something more diversified that employs and caters to the needs of residents through creating jobs in culture, technology, ecology and sustainable initiatives’.

The absence of tourists revealed La Rambla for what it originally was, home to three theatres, an international opera house, an art and photography museum, several music venues and the offices of the Catalan ministry of culture, and this is the key to the planned transformation. The aim is to lure back locals, not just tourists, using culture. The highlight of this cultural revolution is the grand Teatre Principal, which opened in 1603 but has been closed since 2006. Led by local businessman José María Trenor, a consortium has raised €35m to refurbish the theatre into a multi-function performance space hosting hi-tech immersive experiences and concerts as well as other events. The regional government also plans to convert Foneria de Canons, an 18th-century gun foundry, into a cultural centre.

According to the projects’ promoters they aim to, ‘create an experience that can become a destination in itself’ and ‘become the immersive art centre of southern Europe. A place to learn, to discover and interact. An experience for adults and also for kids where art and content go hand in hand’.

Another attraction reinventing itself is La Boqueria, in the centre of La Rambla. Before being overcrowded by tourists, this was one of Europe’s finest food markets and has existed for 180 years. Although low numbers of residents in La Rambla meant it became more of a tourist attraction than a local market, La Boqueria’s strength, according to Santiago Capdevila, president of the stallholders’ association, is that it sells products unavailable anywhere else in the city. It is this which what he hopes will attract Barcelonans back, now that the tourist crowds have left.

An urban plan for remodelling La Rambla which was drawn up in 2018 is also being reexamined. It includes expanding pedestrian space, linking the boulevard to its adjacent barrios, Ciutat Vella and el Raval, and creating a green space at the end near the old port. The challenge of course is that with Covid-related costs using up public funds, it’s not clear where the council will find the estimated €400,000 needed to carry out the first stage of the plan.

There are high hopes that these transformations can not only help Barcelona through the pandemic, but bring a new era for the city. As Mateu Hernández, CEO of Barcelona Global, a nonprofit organisation representing 220+ Barcelonan businesses, universities and institutions, said, ‘The opportunity is there and it’s urgent…Barcelona has the opportunity to show that famous streets such as La Rambla can survive the pandemic through private-public initiatives that are compatible with both local and global needs.’