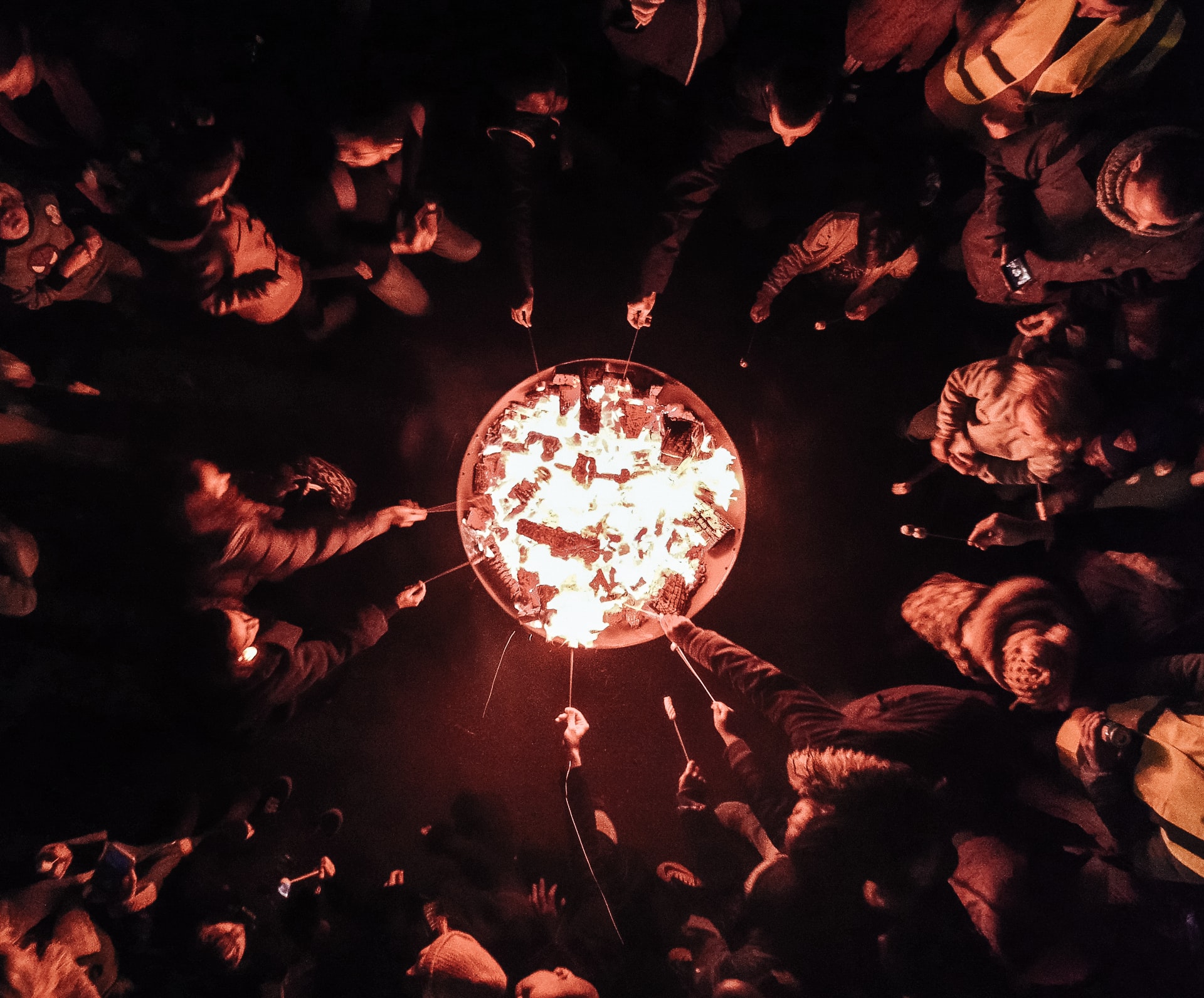 The Gruesome History of Guy Fawkes Night in England

What is a rewilding retreat, and how can it help our mental health? 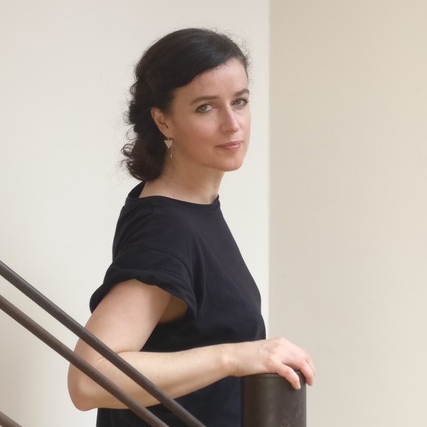 If you think it’s been a hatefully partisan week in politics, spare a thought for Guy Fawkes, whose plot to assassinate King James I by blowing up England’s House of Lords back in 1605, resulted in centuries of Protestant trolling of Catholics, in a beloved and bewildering tradition that still goes on today.

Guy Fawkes was one of the conspirators behind what became known as the Gunpowder Plot – a 17th century attempt to overthrow Protestant King James during the State Opening of Parliament and replace him with a Catholic monarch (his daughter Elizabeth). An anonymous warning letter was sent to Catholic Lord William Parker on 26th October 1605, who would have been killed had the plot worked. Nine days later, during a search of Parliament, Fawkes was caught guarding 36 barrels of gunpowder.

Fawkes had been given the explosives job as a military man with experience fighting the Dutch Revolt in the Spanish Netherlands. There were at least eleven fellow plotters. Some fled London and, after raiding Warwick Castle for supplies, had a disastrous last stand at Holbeche House in the West Midlands. Why disastrous? They spread gunpowder out in front of a fire to dry and a spark set it and them alight. One of them was blinded, another scorched. Reader, I hope you have a strong stomach, because this was not to be the worst to befall them. The next day they were defeated by the King’s soldiers. Three of them were allegedly killed by one lucky shot. Two were buried then dug up, decapitated and their heads stuck on spikes outside the House of Lords.

𝗚𝘂𝘆 𝗙𝗮𝘄𝗸𝗲𝘀 𝗮𝗿𝗿𝗲𝘀𝘁𝗲𝗱 𝗶𝗻 𝗮𝗻 𝗮𝘁𝘁𝗲𝗺𝗽𝘁 𝘁𝗼 𝗯𝗹𝗼𝘄 𝘂𝗽 𝘁𝗵𝗲 𝗕𝗿𝗶𝘁𝗶𝘀𝗵 𝗣𝗮𝗿𝗹𝗶𝗮𝗺𝗲𝗻𝘁 𝗶𝗻 𝘁𝗵𝗲 “𝗚𝘂𝗻𝗽𝗼𝘄𝗱𝗲𝗿 𝗣𝗹𝗼𝘁.” (𝟬𝟱 𝗡𝗼𝘃𝗲𝗺𝗯𝗲𝗿 𝟭𝟲𝟬𝟱) On this day in 1605, Guy Fawkes was arrested in the cellar of the House of Lords guarding barrels of gunpowder, exposing a plot to kill the king. The Gunpowder Plot was hatched by a band of English Catholic conspirators led by Robert Catesby. He was joined by Thomas Percy, Guy Fawkes and two other men. They formulated a plan on May 20, 1604 to blow up the Houses of Parliament on Nov. 5, 1605, when British leaders would be assembling for the opening of Parliament. Catesby and the handful of other plotters rented a storeroom that extended under Parliament, and Fawkes planted the gunpowder there, hiding the barrels under coal and wood. Tresham who was one of the conspirator revealed the plan to the Catholic nobleman Lord Monteagle in an Oct. 26 letter warning him not to attend the opening of Parliament. Monteagle sent the letter to King James I’s first minister, Robert Cecil, Earl of Salisbury, while Monteagle’s servant warned the conspirators that their plot had been leaked. Salisbury delayed taking action and the conspirators thought they were in the clear. On the night of Nov. 4, Fawkes was stationed in the storeroom, preparing to light the gunpowder the following day and escape to Europe. Salisbury ordered a search of the Houses of Parliament, during which the guards found Fawkes and arrested him. Over the next 24 hours, Fawkes refused to divulge information about himself or the plot. After two days of torture in the Tower of London, he finally revealed his real name and the details of the plot. On November 8, Catesby, Percy and two others were killed in the ensuing shootout and the rest were captured and later convicted of treason and sentenced to death by hanging, drawing and quartering. . Info source: finding duclinea . #onthisday #onthisdayinhistory #parliament #gunpowderplot #guyfawkes #freedom #houseoflords #elizabeth #history #britain #british #london #worldhistory #conspiracy #fact #toweroflondon #guyfawkesday #revolution #likeforlike #like4like

For others, ten weeks of interrogation in the Tower of London followed, led by notorious lawman Sir Edward Coke, who used the threat (at least) of torture, the forgery of letters to try to prompt confessions, and entrapment via a Priest. In January the plotters were tried in court, with emotive details of the conspiracy read out. They were all condemned to a most brutal execution. (Skip to the next paragraph NOW if faint-hearted.) Each was to be dragged feet first towards the gallows by a horse, his genitals cut off and burnt before his eyes, his bowels and heart removed, then his head – and all these body parts displayed for wild creatures to eat. On their execution day, some of the group tried to jump from the gallows with the noose around their neck to kill themselves and escape the gruesome fate awaiting them. Guy Fawkes alone succeeded in breaking his neck.

After the plot, Catholic persecution worsened, and went on for another 200 years. Parliament passed the Observance of 5th November Act, requiring people to attend Church and commemorate the failure of the plot. Church bells would be rung and fires lit – and thus an annual tradition in the UK was born.

On 13 April 1570, Guy Fawkes was born in York. . Today famous for his part in the plot to blow up Parliament and kill King James I, Fawkes was born to a Protestant father and Catholic mother. Raised a Protestant, his family converted to Catholicism when he was just 11 years old. This early conversion laid the seed for his involvement in religious conflict as an adult, and eventually led to his role in the Gunpowder Plot of 1605. . The conspirators planned to blow up Parliament during its State Opening on 5 November, when the King, Queen and their heir would all be present. They then hoped to offer the crown to the King’s 9-year-old daughter Princess Elizabeth and return the country to Catholicism. . The plot famously failed and Fawkes was imprisoned in the #TowerOfLondon, where he was tortured before being hanged, drawn and quartered outside Westminster Hall. . #otd #onthisday #onthisdayinhistory #ukhistory #gunpowderplot #fifthnovember #fireworksnight #guyfawkes #guyfawkesnight

Today, around the UK, it is still customary to light bonfires and let off fireworks on November 5th. People eat autumnal foods such as toffee apples or parkin (a type of spicy oatcake) and bake potatoes and grill sausages in the flames. It also used to be common to make effigies, known as the ‘Guy’, from old clothes, newspaper stuffing and hideous masks, and children would display their effigy and ask for ‘a penny for the Guy’ from passers-by. Although most people know about the Gunpowder Plot, there is some confusion and it can often feel as though the plotters’ and Guy Fawkes’ audacity in challenging authority are being celebrated, rather than their demise.

Nowhere is this irreverent sense of poking fun at power more prevalent than in East Sussex, a coastal county in the south east of England. Small towns there, such as Lewes and Battle have multiple ‘Bonfire Societies’, which local people can join. They spend the year plotting how they will parade through the streets on November 5th, which costumes they will wear, and importantly – whom their GIANT effigy will represent. In recent years, public ‘figures’ burned on the bonfire have included Kim Jong-Un strapped to a rocket alongside Donald Trump; Harvey Weinstein; ex-FIFA President Sepp Blatter; and right-wing commentator Katie Hopkins – as well as numerous British Prime Ministers in various states of undress.

3. The atmosphere is electric and dangerous

The atmosphere on Bonfire Night in these towns is electric and can be dangerous. Over Lewes and its medieval castle, nestled in a gap in the hillside of the South Downs, the entire night sky turns an ominous red due to the sheer number of fires and fireworks. Every year, the police and safety services come out in force, but fireworks are let off in the street and accidents happen. 17 burning crosses are carried through the dark streets to commemorate the 17 Protestant martyrs burned at the stake in the town – a sight that can be disturbing. Traffic problems and crowding has meant that entry to Lewes has been ticketed on the night, and there are often long queues at the train station, which has a direct line to London. Every year people complain throughout October and November that their beloved family pets are cowering in terror due to the constant explosions in the neighbourhood. But every year, revellers go ahead with their parades and pyrotechnics regardless, and the excitement is contagious.

It remains to be seen what will happen this year. 2020 and its pandemic have brought about quite enough contagious jeopardy for most people. Officially Bonfire Night has been ‘cancelled’ due to COVID-19 restrictions and besides, you can’t make an effigy of a virus anyway. Can you? 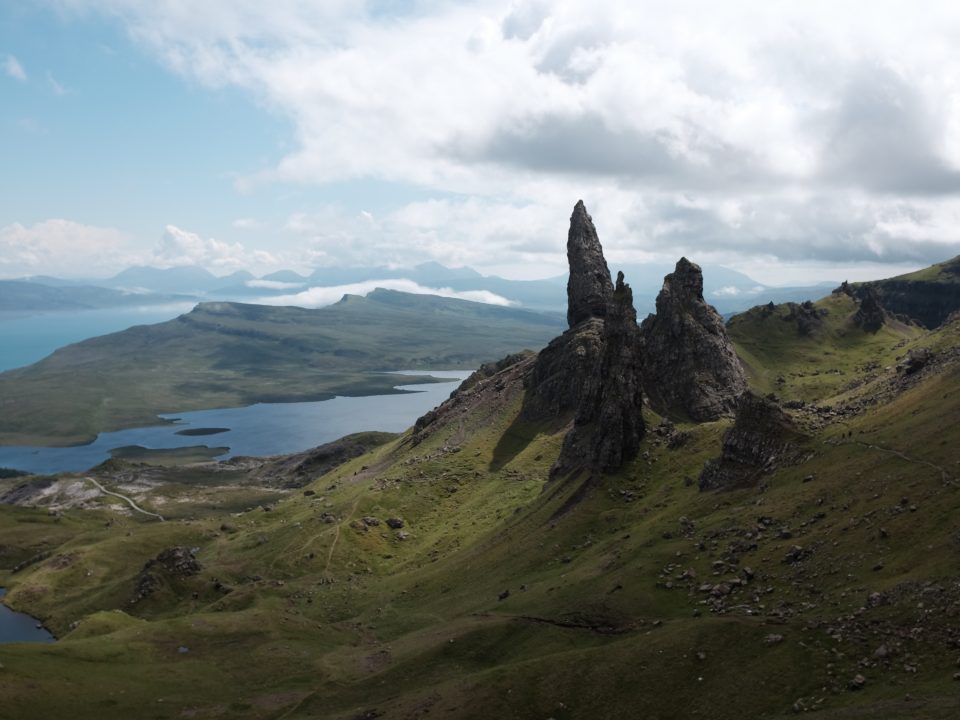 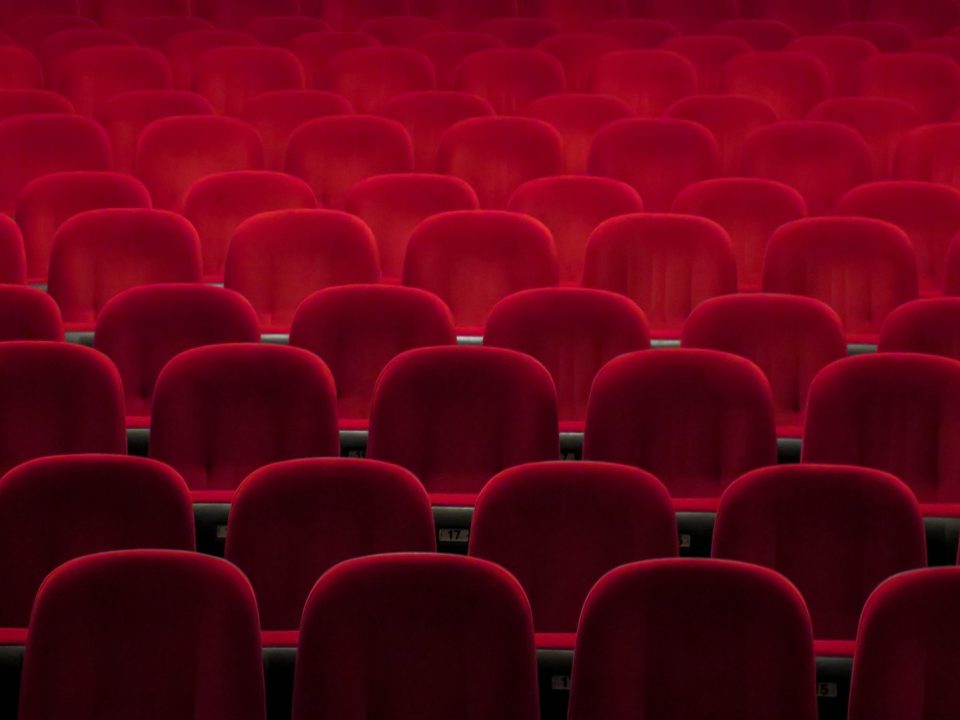 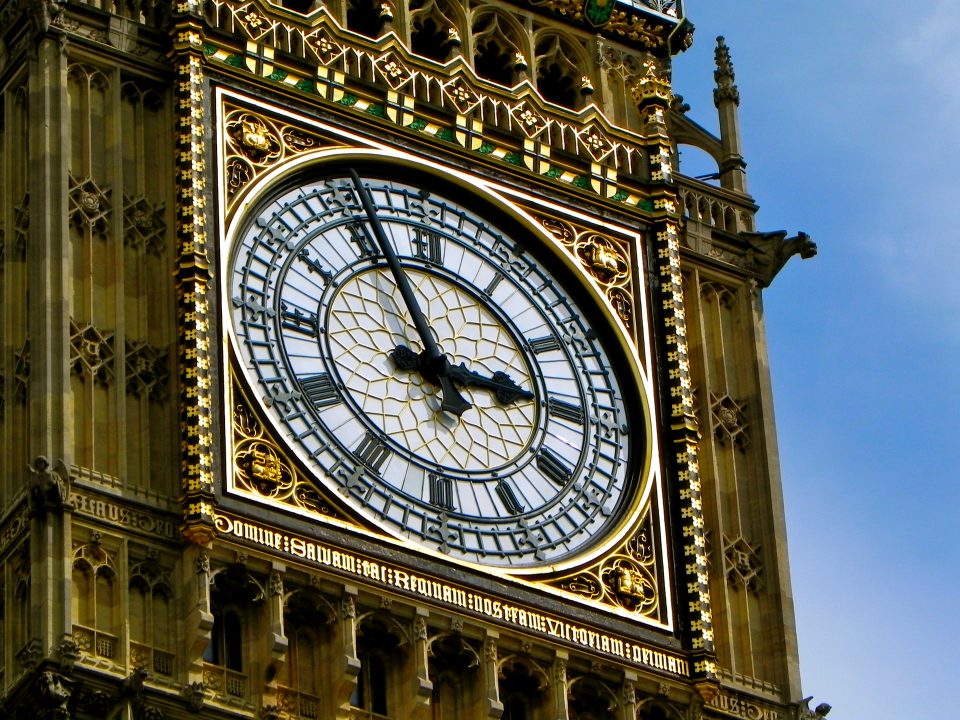 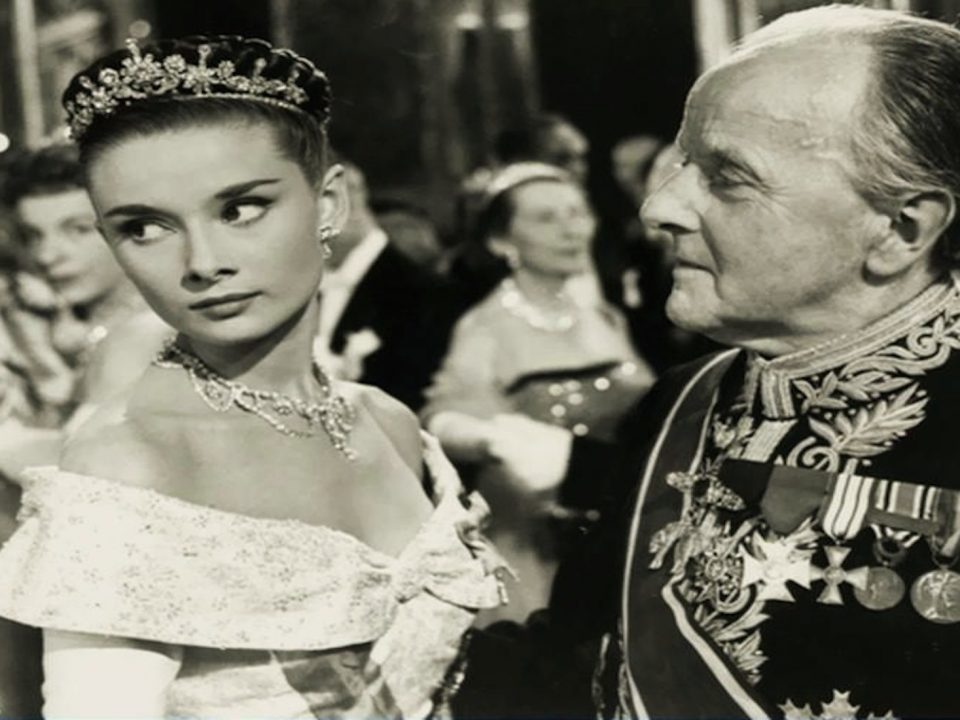