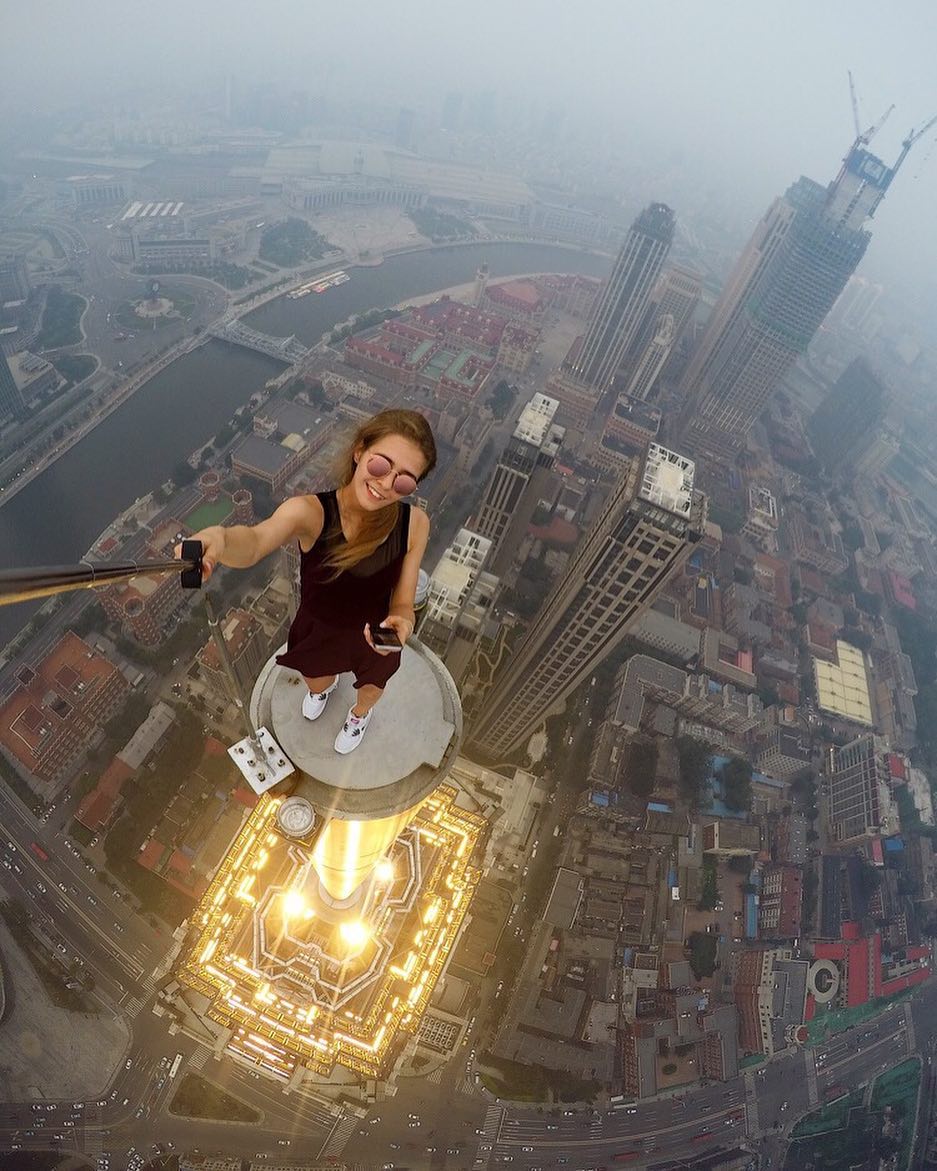 Top 10 most dangerous spots for selfies

The Blue Raft. A new way to enjoy the peaceful waters of the Caribbean

Selfies are more dangerous than we often imagine. According to a study by the iO Foundation, one person dies every week from taking risky selfies. The study, which reflects data from January 2008 to July of 2021, indicates that at least 379 people have died in these circumstances. That means: one every 13 days. This figure is rising steadily with 31 people dying from January to July 2021 alone, one every week.

This symbolic tourist destination is a set of waterfalls located on the Niagara River at about 236 meters above sea level, with a drop of approximately 51 meters. In 2019, a man fell from a height of more than 50 into the raging waters of the waterfall and managed to get out alive.

You have surely heard of this precious monument on numerous occasions and seen it hundreds of times on television. The Taj Mahal is considered the most beautiful example of a palace with a style that combines elements of Islamic, Persian, Indian and even Turkish architecture, and is 73 meters high. In 2015, a Japanese tourist died after falling down the stairs at the iconic monument while taking a ‘selfie’ at the Royal Gate.

This natural idyllic corner has a depth of more than 16 meters, with rocks that are not well visualized in some points of the environment. In 2020, a 29-year-old woman died when she slipped and fell 10 meters down one of the waterfalls hitting her head while trying to take a selfie.

It is an island located southeast of Bali, Indonesia. It is part of a group of three islands that make up the district of Nusa Penida, of which this is the most famous. In 2019, a tourist was playing in front of the camera along the rocky coastline when a wave came up from behind and threw her against the cliffs. Fortunately, she survived the accident.

This dam is a national recreation area and a US National Park Service conservation unit of high desert and mostly rugged terrain. In 2020, more than 10 fatalities were recorded at this site.

This paradisiacal spot is another of the most dangerous places to take a ‘selfie’. Surrounded by palm trees, sun and beach, it has an ancient stone lighthouse where you can visit the ruins of the area. In early 2021, a 28-year-old teacher died while trying to take a photo on some rocks on the beach after falling approximately 5 meters.

This place is popular for its views and waterfalls, ideal to make a route and get to its heart where you can take amazing pictures. The height of the waterfalls is considerably high and many incidents have been reported after tourists have slipped on those rocks.

The Ural Mountains are a long and low mountain range that is considered the natural border between Europe and Asia, with an altitude of 1,895 meters. This corner is also popular for the Diátlov Pass incident in which nine hikers died in an unexplained and mysterious way while trekking on a difficult mountain pass on February 1-2, 1959.

Doodhpathri is a tourist destination and hill station in the Beerwah area of Budgam district. It is situated at an altitude of 2,730 meters from sea level and is located at a distance of 42 km.

Langkawi, officially known as “Langkawi, the Jewel of Kedah” is a Malaysian archipelago of 104 islands located in the Andaman Sea, about 30 km off the mainland coast of northwest Malaysia. It is popularly known as a “haunted and cursed place”.