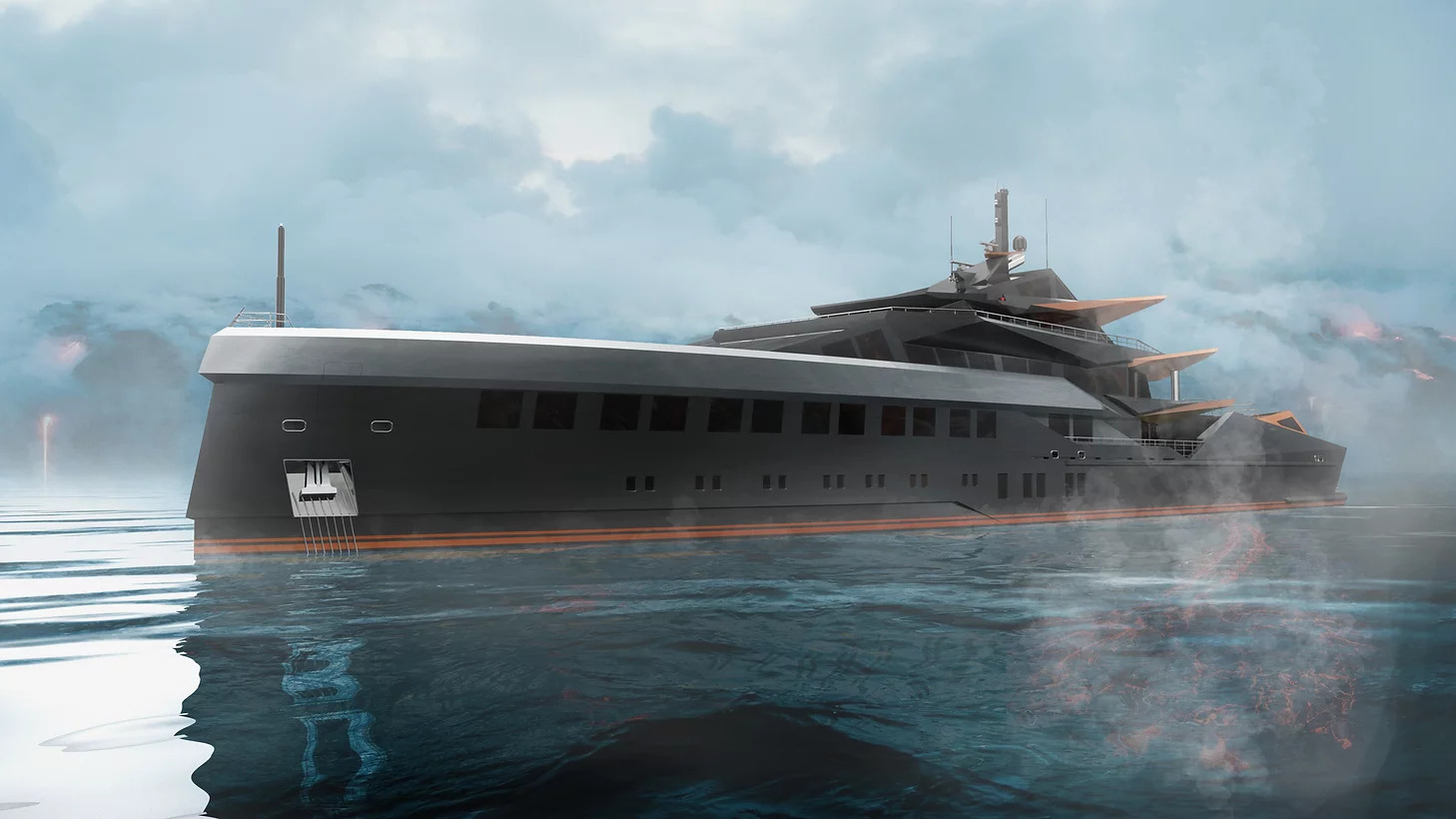 This volcano inspired superyacht has a molten staircase

Superyacht experiences are becoming more and more popular and designers are taking advantage of the increasing rave to compete over who can create the most luxurious, lavish, over the top ship. A hole in the middle of the ship or an onboard waterfall are just some of the most intriguing designs.

A new contender is now in the race for superyacht designs. Anthony Glasson, from design studio M51, has created a volcano inspired superyacht concept, with what he calls a molten staircase. The ship, called Forge, is 80 metres long and has all the features a respectable superyacht provides for a great experience.

The design was though to look like a volcano on water, having a pyramid silhouette and a black and orange exterior. The balconies can fold out when extra space is needed, the sleek, sharp contour returning to normal once they are retracted.

The yacht also features a walk around bridge deck, a counterflow swimming pool and helipad.

The 8 suites can accommodate up to 12 guests who will find plenty of entertainment options onboard. Forge is designed with a cinema room, with a special virtual reality zone. Water toys and extreme sports equipment are also provided, including jet skis and scuba and snorkelling gear.

For those who want to keep fit even on holidays, the yacht has a fully equipped gym, sauna and floatation tank.

The hybrid, diesel-electric, propulsion system can power Forge for up to 5,000 nautical miles (8,046 kilometres).

While this is still just a design, Glasson estimates it would take about two and a half to three years for the ship to be built and it would have a final price of up to $100 million. There does not seem to be any interest in building Forge at the moment, but CNN reports the concept has been turning a lot of eyes since its presentation last month.