This is what Amsterdam would look like if it were set amidst the mountains.

Gibraltar’s vaccination campaign among the fastest in Europe 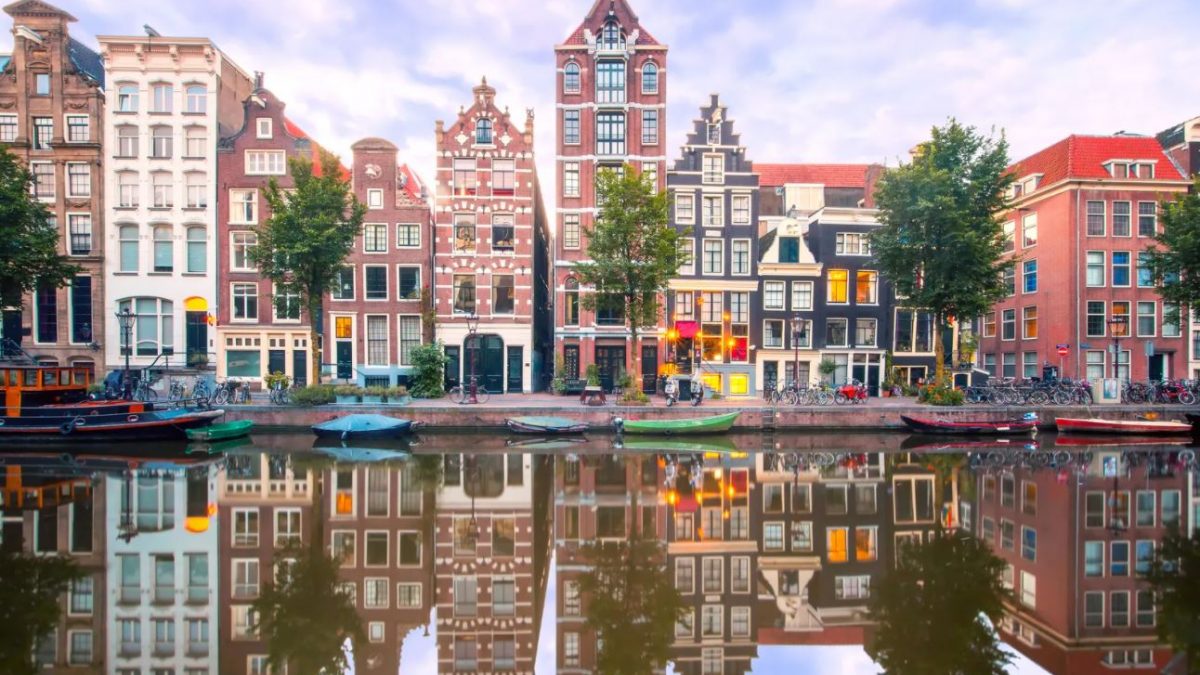 When thinking of Amsterdam, we all have a pretty similar way to picture the city. The Dutch capital is known for its picturesque canals, for its typical charming houses and – let’s be honest – for its coffee shops. People living there prefer to get around by bike, which is in no way surprising when you know how narrow the streets are and how flat the entire country is. You don’t even need gears, as there are no hills to conquer.

That being said, what if the city was located in a wholly different setting? What if Amsterdam was surrounded by astonishing mountains? It’s one of those mind games you play at when you’re a kid but once we’re all grown up, we tend to lose that touch of fantasy. Even though it’s a splendid way to relax and even though the world would be better off if we’d all be a little more childish.

1. Lockdown put to use

And that’s where Hessel Stuut comes in. The Dutch artist, graphic designer and musician has been living in the Netherlands since he was born. As a kid, he liked to fantasize and imagine that the never-ending blue sky was swapped for a mountainous background. But instead of locking away those childish dreams, he made good use of the lockdown caused by the coronavirus and he made his dreams come true.

Of course, Stuut didn’t could just pick up the entire city only to put it back in a place surrounded by mountains. What he could do, however, is use his skills to make it seem like he did. During the first lockdown, the air traffic was down to almost nothing, which allowed Stuut to use the blue sky as a kind of green screen – only, in this case it was actually blue. This allowed him to photoshop some mountains into the footage he made of Amsterdam and to edit it all into one snappy video called Amsterdam Mountains.

People quickly discovered the unusual sight and his YouTube video went viral. Because of that success, Stuut also launched a web shop where people can buy prints in order to be able to enjoy the fata morgana in their interiors. And that’s not it, because he now plans to make similar videos of other cities, so maybe your hometown will soon be featured too!